Adam Smith and the Digital Economy: Connectedness and Gains From Trade

Smith’s work explored how markets enable strangers to cooperate for mutual benefit—and his insights help us understand the workings of the modern, hyper-connected world. 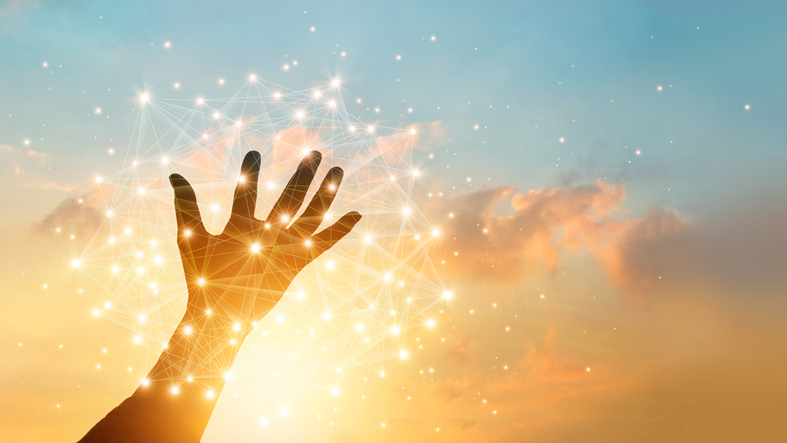 I’m getting ready to travel to teach at a workshop in France, and at the last minute realized that I need a new European plug adapter. No problem—I go online, order an adapter from an array of choices, and it arrives on my doorstep the next day. Thirty years ago, I spent considerable time and more money finding one at a specialty travel store, or else I would have had to spend a small fortune on one at the airport.

This story illustrates how digital technology has transformed our world by increasing our connectedness through communication networks. What the capabilities of various digital technologies enable us to accomplish has been profound.

We can gain a lot of insights into the modern digital economy from the work of Adam Smith. This assertion seems unlikely—how can an 18th century political economist from Scotland give us a deeper understanding of our digital society? That’s the question I explore in this first of a series of three essays.

Smith’s main works are The Theory of Moral Sentiments (TMS, 1759), which he considered his best work, and An Inquiry into the Nature and Causes of the Wealth of Nations (WN, 1776), for which he is best known among economists as the founding thinker in modern economics. Smith’s ideas in these two works resonate with much of what we are experiencing in the digital economy, with what we are reflecting on in ourselves as we engage with each other using new technologies, and with what we see happening socially as we adopt and adapt to new digital technologies.

The digital economy creates and employs lots of information. Low information costs make it easy for us to find vast amounts of information at our fingertips, much more than Smith could have accessed in all of Edinburgh’s libraries. Dramatically lower transaction costs make it easier and cheaper for us to exchange with each other, and to engage in trade with strangers, thereby generating larger possible value creation through broader gains from trade. The evolution of the internet as a platform for innovation has fostered economic growth, because within the legal constraints of common law and some bottom-up, emergent technical rules about interoperability, innovation around the edge of the internet is permissionless. We are capable of greater degrees of communication and contact with more people because the costs of digital communication are so low, but this communication with mostly strangers is of a particular form that can be either very similar to or very different from what we experience face-to-face.

Smith’s work generates ideas that can help us think about these features of the digital economy. One fundamental idea is how this greater connectedness promotes mutually beneficial exchange. In the very first chapter of Wealth of Nations, he starts right out of the gate with his argument that the nature and causes of the wealth of nations are grounded in the division of labor. The immediate implication of the division of labor is specialization, which means that we have to rely on each other to produce things other than what we ourselves produce, and that we can acquire those other goods, voluntarily and cooperatively, through exchange.

Smith describes humans as having an inherent “…propensity to truck, barter, and exchange one thing for another” (WN Book I Chapter II paragraph 1), and then famously explained that in satisfying this propensity, both parties are better off if they recognize the self-interest of others and take into consideration what the other party wants:

Whoever offers to another a bargain of any kind, proposes to do this. Give me that which I want, and you shall have this which you want, is the meaning of every such offer; and it is in this manner that we obtain from one another the far greater part of those good offices which we stand in need of. It is not from the benevolence of the butcher, the brewer, or the baker, that we expect our dinner, but from their regard to their own interest. We address ourselves, not to their humanity but to their self-love, and never talk to them of our own necessities but of their advantages.

The online retailer that sold me a plug adapter had to go through this same mental calculation. They had to imagine the situation of potential buyers, and how best to interest them in buying what they had to offer. Having the empathy to imagine the situations of others enables people to come up with the value propositions that are mutually beneficial, and that’s as true with digitally-enabled commerce as it was in 1776 when the butcher, baker, and brewer were working to sell people their dinners. For Smith, this empathy is part of the sympathy that forms the foundation of our ability to live together peacefully in civil society, as he argued in TMS. This empathy connects the moral psychology of humans in TMS with our mutually beneficial exchanges in WN.

The economic principle of mutually-beneficial voluntary exchange is fundamental to all commerce, including online commerce. From Amazon to Zillow, from online retail to the “sharing” economy, all are animated by the principle underlying gains from trade.

Smith digs deeper into this principle by elaborating on how increased connectedness makes us better off by increasing productivity and exchange. In a chapter entitled “The Divison of Labor is Limited by the Extent of the Market,” Smith makes a beautiful argument about transportation networks and the extent to which transportation networks enable more commerce and more exchange, and thus facilitate deeper specialization and increased well-being arising from the division of labor. Enlarging the market brings more buyers and sellers in contact with each other, deepening the division of labor, which increases productivity, which increases wealth. And, Smith notes, this increase is an increase in shared “universal opulence,” which is a more widespread increase in wealth that is not concentrated in just a few people in society. In Smith’s time he observed that the productivity arising from commerce and the division of labor meant that factory workers in Britain could live as well as a tribal king.

The digital economy is this same process, amplified. Making the analogy between the transportation networks of Smith’s time and the combination of transportation and digital communication networks today, we can understand the growth of online commerce and its valuable effects as consequences of increasing the extent of the market. Digital technologies increase the extent of the market, which is almost literally global, and make more products and services available to many more people.

How does growth of the network happen so quickly and pervasively in the digital economy? It’s all about reducing transaction costs, which is where Smith’s framework meets up with Nobel Prize winner Ronald Coase’s institutional economics. Although humans may have inherent propensities to truck, barter, and exchange, engaging in transactions is costly—they take time, parties have to find each other and acquire information about the goods and services being offered and the terms of the offers, and trade among strangers can be stymied due to a lack of trust. Reducing those transaction costs leads to increased specialization and exchange, amplifying the market extension effects that Smith described. Digital technologies are first and foremost transaction cost reducers. As transaction costs fall, and as patterns of transaction costs change in a dynamic economy, more exchange takes place. More innovation also occurs, as new connections create new ideas, new products, and new services.

Ride sharing illustrates the power of digital technology to reduce transaction costs. Digital platforms like Lyft and Uber harness algorithms and automation to connect drivers with riders, and all three parties benefit—drivers earn money by offering riders safe and convenient rides, and the platform company earns a service fee by bringing them together with a well-designed piece of software and set of rules for interaction. In much the same way as with water transportation in Smith’s time, none of this value creation is possible without transaction-cost reducing innovation.

Economic freedom underpins this process of division of labor, specialization, exchange, and increasing the extent of the market. Economic freedom makes possible the permissionless innovation that has made the internet such a profound platform for creativity and productivity. It’s also essential for the freedom to experiment to discover ways to reduce transaction costs. Whether in Smith’s time or in the modern digital economy, freedom of voluntary exchange is a fundamental human right, and one that has had large and widespread beneficial consequences where it has been coupled with the rule of law. Adam Smith’s insights were profound enough to remain relevant today, even in a technological future he could neither have foreseen nor imagined.