The United States is not the only country arguing over free speech. In Brazil, recent developments have also put free speech in jeopardy. 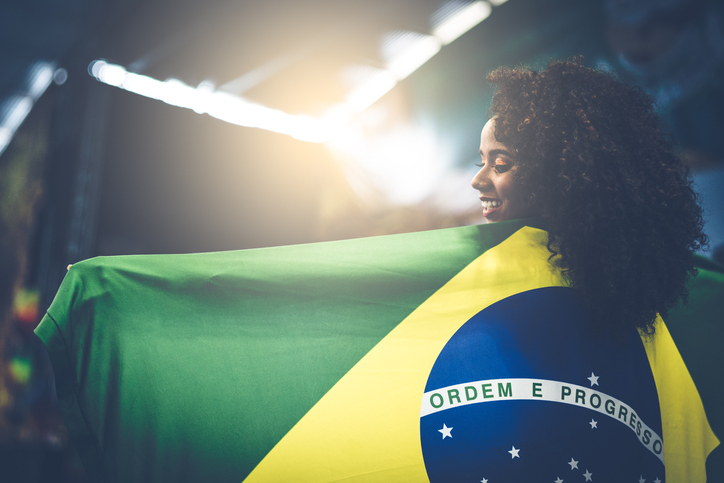 The past decade has witnessed the flourishing of freedom of speech in Brazil. Social media gave millions of people the opportunity to express themselves online by text and video. Comedy has grown, music has grown, and many previously unknown figures have risen to the mainstream after their videos went viral. Political debates broadened and now dominate Facebook, Twitter, and Whatsapp. After demonstrations with millions of people organized by Whatsapp in 2015 and 2016, Congress impeached President Dilma Rousseff. Freedom of speech became a part of people’s daily lives and was culturally strengthened.

The Supreme Court also strengthened free speech with two landmark decisions. One overturned the legal requirement of a journalism degree to practice journalism; and a second overturned the Law of the Press, passed in 1967 during the military regime, that regulated professional press and media.

The Supreme Court judged that the requirement of a degree to practice journalism violated the freedom of speech and freedom of the press. In the second case, the court decided a law regulating the press is not compatible with the Constitution and poses a permanent threat to free speech. In the words of the most senior Justice, Celso de Mello: “Nothing is more harmful and dangerous than the state’s claim to regulate freedom of thought and expression.”

Freedom of speech was having its spring in Brazil, with every year better than the last. Those gains are now on the verge of being lost.

The past two weeks were marked by the threat of a permanent weakening of freedom of speech in the country. First, Danilo Gentili, a pioneer in the stand-up comedy scene, was found guilty of offending a Worker’s Party congresswoman and insulting her honor. He was sentenced to serve six months in prison. After Gentili criticized the congresswoman on Twitter a few years ago, she felt offended and sent him an official congressional admonition from the ethics committee. He felt that was an attempt to intimidate him and responded with a video with harsh jokes aimed at the elected official that quickly surpassed 10 million views. She considered it an insult to her honor and therefore a crime.

Gentili is a popular comedian. He got famous doing comedy and that is how he became the host of The Noite, the leading talk show in the country both on television and online. Since he became mainstream he has been sued and prosecuted multiple times for jokes he made about politicians but he was always acquitted of any criminal charges. This would be the first time a comedian has been sentenced to prison for words he’s spoken. He may still appeal, but if he loses, the government might criminally punish him for his speech. His sentencing poses a threat to the rights of all Brazilians, especially comedians and other artists, who might think twice before doing anything that may offend people with political power.

Gentili’s case was a serious one but was neither the only nor the worst.

A few days after Gentili’s sentence, the Supreme Court censored an online magazine (Crusoé) for reporting objective facts about the president of the court, justice Dias Toffoli. Crusoé looked at documents in possession of federal prosecutors that implied Mr. Toffoli met with Odebrecht executives in 2007, before his appointment to the Supreme Court. The report itself didn’t say much, only that he was mentioned as “the friend of my father’s friend” in an email. That was enough to make him and another justice, Alexandre de Moraes, have the report taken down from the internet on the grounds that it constituted a crime against Toffoli’s honor. This backfired and drew way more attention to the article (Streisand Effect).

A PDF with the censored article was widely shared in social media and other online news sources published the Crusoé’s article during the censorship case. The whole country, institutions, politicians, left and right, and the media united in describing Justice Moraes’ ruling as censorship. It overshadowed every other topic, including the pension reform for the week.

The Supreme Court tarnished its reputation and history of promoting and protecting freedom of speech with Justice Alexandre Moraes’s ruling. On the other hand, there is reason to be optimistic. Last Thursday, Justice Moraes reverted his ruling on his own accord and the article is back at the Crusoé website. It’s widely accepted that Moraes did so due to the backlash and due to the fact that he would probably lose if it went for a vote in the Court.

Although freedom of speech has had a harsh time lately, there is reason to be optimistic. First, Danilo Gentili has won many legal battles in the past, and he can still appeal the sentence he’s got. Second, Brazil’s civil society united against state censorship and a Supreme Court justice—an unelected official—felt enough pressure to step back and review his own ruling. Moreover, other justices have demonstrated an intention to put Justice Moraes ruling to a vote in the Court and we can be confident it would be reversed.

Civil society united to reject and publicly condemn censorship and support freedom of speech when it was threatened. This was the first time it was so necessary in decades and it was done. This shows that Brazilians are not willing to give up their freedoms to anyone.

Mauricio F. Bento holds a master’s degree in economics and is an Agora Fellow with Young Voices.