The Completely Insane Consumer Surplus of the Internet

Markets bring us goods and services for less than we’d be willing to pay if we had to—in the case of the Internet and related products, a lot less.

Last weekend I got heartburn while traveling. So I found a vending machine that sold antacid tablets. I dropped in two dollars and made my choice.

“Okay,” I told myself. “I’d still pay that much.” So I added fifty cents, and within a minute I was feeling much better, with many extra tablets to spare.

“If they’d been asking, I’d probably have paid four or five bucks,” I thought. “Maybe as much as ten. Although that would be kind of a rip-off.”

Economists call it consumer surplus. It’s the value that consumers pocket, in effect, because they aren’t charged the highest price that they might otherwise pay for a good or a service. In my case, the consumer surplus was perhaps as much as $7.50, the difference between what I actually paid and what I might have paid if the price were higher.

As long as the consumer’s still happy after the fact, there’s probably been some consumer surplus. If not, the consumer probably wouldn’t have spent the money in the first place. Cases of fraud, misunderstanding, and disappointment break this rule, but other than that, it holds pretty well.

The left-wing objection is easy to imagine here: “What? You mean we should be grateful to corporations because they don’t take us for all that we’re worth?”

And my answer is equally simple: “No, we should be grateful to the market process, which almost never lets corporations do that, and which seemingly does all it can to shovel more surplus at consumers.”

Corporations would love more than anything to take that surplus away, but usually they can’t. As a result, the value we derive from the economy runs well beyond what we pay for it. Yet consumer surplus can be incredibly hard to measure. People may lie or even deceive themselves about the maximum price they’d be willing to pay for a good or service. In many cases they may have no idea at all what that highest price might be. Economists therefore have a hard time measuring total consumer surplus, or even just the consumer surplus in particular sectors or products.

That said, I suspect that the consumer surplus of the Internet is enormous.

I suspect, in fact, that it’s one of the greatest economic stories of our era. I had an inkling of it a few years ago when I first saw the Google postcard: 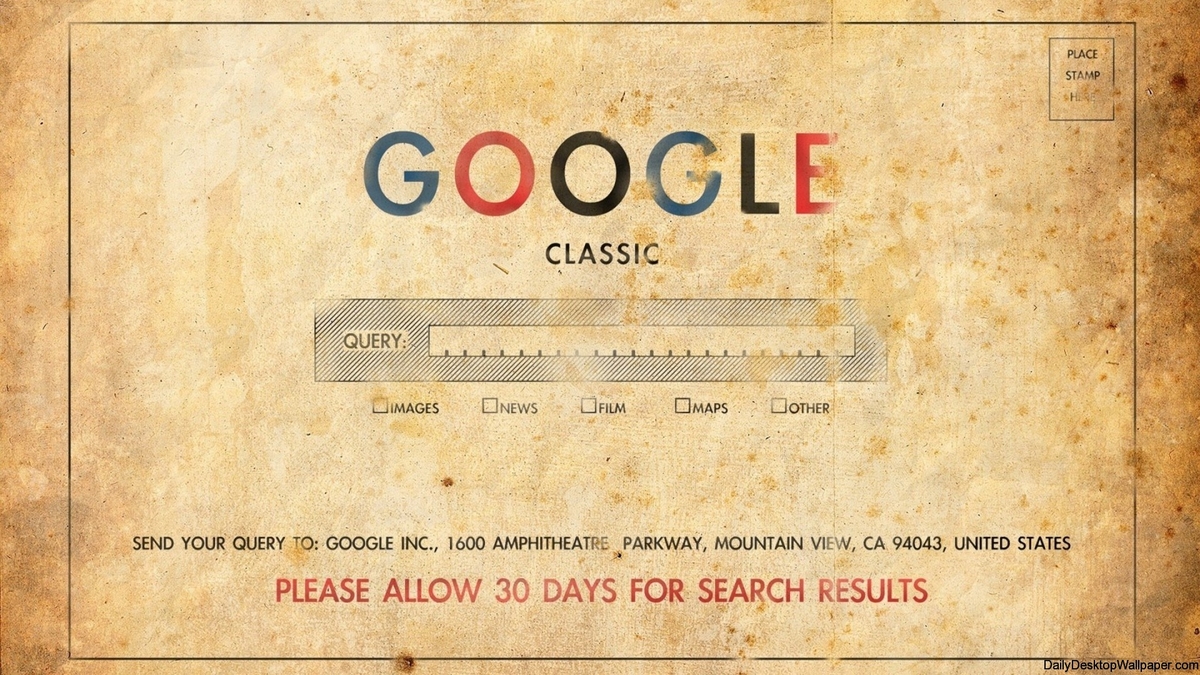 There was a time, I thought to myself, when I would gladly have paid twenty dollars apiece for postcards like these. Maybe as much as fifty dollars, for some questions. And I’d have gladly waited thirty days for a reply, too.

Perhaps in a world not so different from our own, it would be answered by some underling to hotshot tech entrepreneur Vannevar Bush. A different guy, but kind of the same as the one in our world.

He would be trained to use Memex, the prospective system which was like the Internet, but for microfilm, and centralized. He could have spent his days patiently inputting queries from around the world and printing out the machine’s replies. That would be a career of sorts, and I wouldn’t have to spend another moment of my high-school life wondering whether cow tipping was a real thing or not.

Now, of course, I can Google search anything, for no fee at all, and the answers are instant. (True, they’re about as private as a postcard, but that’s a topic for another column.) Those who are determined to hand-wring about Google are today reduced to worrying that Google might find new ways to serve me ever more enticing advertisements.

Google searching represents a lot of consumer surplus, but it’s also pretty hard to measure, just like the consumer surplus of the Internet as a whole. The best economists can do is to get little glimpses of it here and there.

What, for example, is the consumer surplus of Wikipedia? One estimate says $50 million, though I imagine that’s quite low: Over 2 billion people use the Internet, including nearly all Americans, and I find it hard to believe that the average American’s benefit from Wikipedia is less than 2.5 cents: If you had to pay a dollar a year to use Wikipedia, you would, wouldn’t you? Some people formerly paid quite handsomely for print encyclopedias, and now no one does, and the substitute we have for them is generally better.

What about Amazon? Or Spotify? Or just the long tail phenomenon in generally, by which we all listen to music, read books, and wear clothes we find on the Internet, products that we could not have found before, and that suit our individual tastes? A group of MIT economists estimated that in the book market alone, the consumer surplus from long-tail shopping came to $731 million per year.

It’s unclear exactly where things stand now, but it’s undoubtedly a lot higher. We weren’t buying nearly as many books online back then. Plus we have much larger markets for streaming music and video as well as a wide array of other consumer goods, each with long tails of their own.

Or consider Craigslist, the free service that along with a few other choices has nearly destroyed paid, local classified ads. That’s $15 billion that presumably stayed in consumers’ pockets last year, rather than heading for the corporations. That’s also a conservative estimate, because people advertise on Craigslist all kinds of things that nobody would put (or be allowed to put) in a classified ad. (Careful on that last link.)

If you had to pay, what’s the most you would spend on each individual text message, while still sending nearly the same number of messages you do today? It probably depends on how important each message is – that its, texting’s value changes on the margin, like anything else – but the average text message is anything but important. Let’s value it at 1/10th of a penny.

We Americans send 2.256 trillion text messages per year. That’d be $2.256 billion in consumer surplus, even setting aside the value of the occasional - but very real - urgent, life-saving text messages that people sometimes send. Or the heartwarming ones. Or the texts that just make sure that dinner is on the table, or that a ride is on the way.

I’m also not yet clear on how to deal with the collapse of the coin-operated telephone, a related phenomenon which may or may not have saved consumers much money. Revenue is, though, in free-fall, and pay phones are disappearing at a rate of 10% per year. We all seem to agree that we’re better off not having to hunt for them, or to keep a few quarters handy at all times.

Answering the consumer surplus question in its entirety would require asking what other goods consumers did not buy, thanks to their mobile devices, and deducting their cost from the price of the phone: As best I can recall, I haven’t bought an alarm clock since 1994, a camera since 2001, an atlas since 2000, a wristwatch since 1995, or a graphing calculator since about the same time.

Something huge is happening here. On the whole it’s a vast improvement of the quality of our lives, but one that is exceptionally difficult to capture in figures. It may well be that we are losing much of our ability to account for economic gains, in that so many of them now go directly to the consumer and can’t be measured at all.