There is a distinct difference between the cost of things and the price of things. Cost influences price through changes in supply. 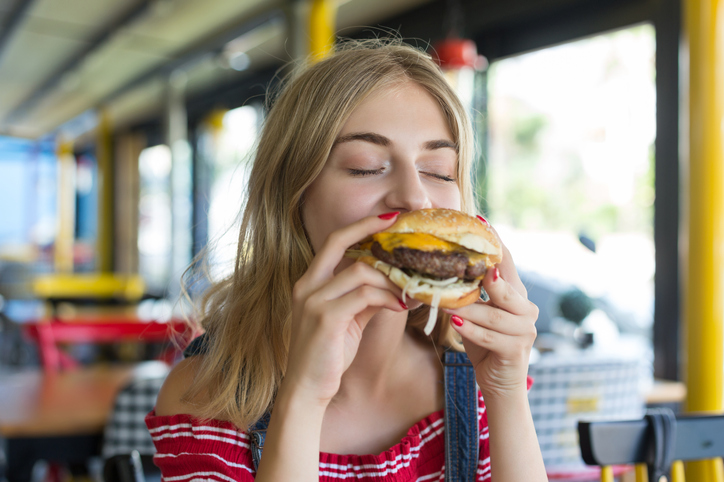 In casual conversation we often use the words “price” and “cost” interchangeably.  What’s the difference and why does it matter?

Suppose you have $5, which is just enough to buy either a hamburger or a salad for lunch, and that today these are your top two choices.  The price of either meal is amount of a particular good that you pay in exchange for it (in this case the amount of money, but it could be any other economic good). Here, the price of the hamburger or the salad is $5.  Let’s say then you buy the hamburger instead of the salad.  In that case the cost to you of consuming the hamburger is value of the salad you would have chosen had you not bought the hamburger.  Economists refer to this as “opportunity cost.”

Furthermore, let’s say that you would have been willing and able to pay as much as $7 for the hamburger.  Since the price is $5, the value you attach to the difference (i.e. $2) is the gain from that exchange. (You could also call this net gain “profit.”)

As I’ve explained elsewhere, it’s important to distinguish among the different, legitimate meanings of the word cost.  So far, I’ve given one:  The cost to the buyer of consuming the hamburger, which would include not only the value of the foregone salad but also the value of the time it takes to eat the hamburger.  (We call them “fast foods” because they take less time to serve and less time to eat.)  There’s another meaning of cost:  The cost to the seller of selling the hamburger.

It’s also worth keeping in mind that, other things equal, costs for a business rise when competing demands for its inputs increase.  In this case, suppose hamburger sellers expect their customers will demand more hamburgers than usual in the future and in response they increase their demand for ground beef and demand for labor.  Other things equal, if the increase in demand for beef and labor is great enough, and if the supply of those inputs is even a little price-insensitive, then the cost of beef and labor to the seller will rise.  In this way an expected increase in the demand for hamburgers may itself be ultimately responsible for a rise in the seller’s costs.

Let’s start simple.  If the seller’s cost of labor rises, other things equal, she will not now be able to cover all of her costs and sell as much as she did before at a price of $5 per hamburger.  If nothing on the demand side changes, the price of a hamburger will rise and buyers will buy fewer hamburgers.  It works in reverse if the seller’s cost fall:  Lower price, more hamburgers bought and sold.

So using demand and supply analysis, we can state the relationship as follows:  Cost influences price through changes in supply.  This means that while cost and price are related to each other, they are not the same thing and that their connection is indirect.

And this goes for all kinds of costs, including taxes.  For example, other things equal, if the U.S. government imposes a tax on imported steel (a.k.a. a steel tariff) and if buyers in America are more price-sensitive than sellers in the country exporting to the U.S., then sellers in the exporting country will pay more of the tariff because buyers in America will have shifted most of the burden by buying a lot less steel.  But, if the buyers in America are less price-sensitive than the exporting sellers, buyers in America will pay a greater share of the tax because they will not reduce their purchases by very much.  How much of the tariff people in America or in the foreign country pay thus depends on their relative price sensitivities: if the American government levies a tariff on steel imports, buyers in America may end up paying for none, some, or all of it.  In general, just because the law says that one party actually pays the tax, that doesn’t mean that they will bear the full burden of the cost of that tax.

There’s only one circumstance when cost is persistently equal to price.  That’s when some buyers are just barely willing and able to pay the market price because that price just barely covers their opportunity cost, and some sellers are just barely willing and able to accept that price because it just barely covers their selling cost.  There is no net gain or profit for these “marginal” buyers and sellers.  In technical terms we would say that price equals marginal cost.  This theoretically occurs when competition among sellers drives the price down, and competition among buyers drives the price up, to the price where the quantity of hamburgers demanded is just equal to the quantity of hamburgers supplied.  (Economists call this a “competitive equilibrium.”)  But, of course, cost and price being equal does not mean they are the same thing.  They are not.

Finally, what if a seller gives away hamburgers as a promotion?  Here the hamburgers are not free in the sense that anyone’s costs have disappeared.  There are still the opportunity costs to the seller and the buyer.  That’s why economists, when they’re careful, will not say in this instance that the hamburgers are “free” but that they are “zero-price.”  Admittedly, that may sound a bit odd, but it’s precise.  And in many cases it’s a price worth paying!