Hayek on Customs, Laws, and Ethics

It’s often thought that Hayek disproved the possibility of a rationalist ethics. Babcock argues he didn’t. 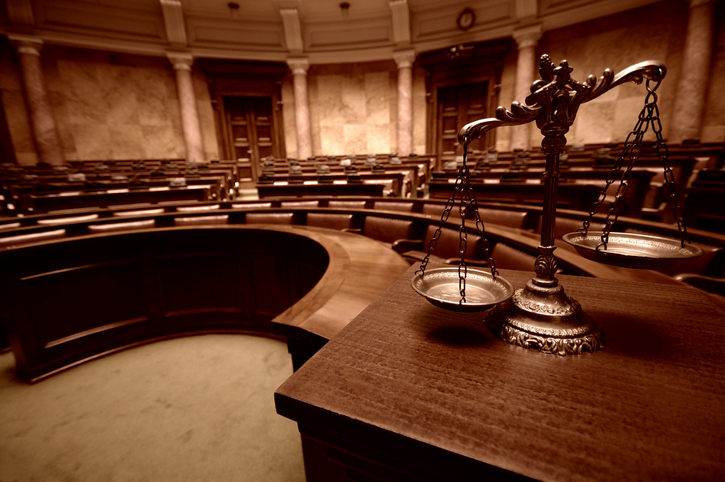 Last time I borrowed an argument from philosopher Peter Singer along the lines that the proper task of ethics is not to explain the moral beliefs we do have, but to determine (using reason) what moral beliefs are the correct ones.

Friedrich Hayek is often read as having proven that “rationalism” about ethics is impossible. If by “rationalist ethics” we mean the explanation of all the norms and laws that we actually do hold, then Hayek’s argument succeeds. If, on the other hand, by “ethics” we mean the project Singer endorses, and I also endorse—using reason to figure out from scratch which norms and laws we ought to have—then Hayek’s argument fails. It is not clear to me, however, that Hayek can plausibly be read as attempting this second task. This means that, if nothing else, invoking Hayek against the latter understanding of rationalist ethics is a poor rebuttal.

There is a bundle of distinct claims Hayek makes about ethics, law, and the relationship between the two. Let’s take a minute to explore some of those claims. I’m going to spare you any extensive quotations and stick mostly to paraphrasing Hayek, at the risk of accidentally misrepresenting his views.

Hayek is perfectly correct. Note that so far, his position is consistent with Singer’s. Singer, arguing that our ethical intuitions are likely caused by factors outside of moral truth, points out that biological evolution has likely influenced our moral instincts. Hayek, by pointing out another mechanism for explaining the norms we do possess, does much to strengthen Singer’s case.

Hayek says that the human mind is not capable of constructing a top-down theory that explains why human societies have the norms that they do; we cannot offer a rationalist account of the norms we do have. This is because much like individual economic actors cannot be fully conscious of their relationship to the larger economic system, neither can individuals fully comprehend the way their decisions relate to the production, propagation, and evolution of society’s norms and laws.

Hayek points out that individuals are embedded in a culture resulting from spontaneous order. Well, so what? If Singer is right, this isn’t what rationalist ethics should be attempting to do in the first place.

Hayek claims that reason doesn’t give us a tool to make judgements about the worth of a given norm or law except with reference to the cultural context of that norm or law.

Here, I think Hayek has made a mistake, at least prima facie. From the claim that reason cannot explain the norms we do have, it does not follow that reason cannot tell us which norms are the morally correct ones. A generous reading of Hayek has to treat his discussion of improving laws and norms as not per se meaning moral improvements, although moral improvements may come about as secondary effects.

It should be obvious that the fact that a norm or law helps a society “succeed” tells us nothing about whether that norm or law is morally “good.” Of course not! But Hayek’s position is more nuanced. For one thing, Hayek is doubtful that humans can discover what “good” laws and norms would be. In The Fatal Conceit, he writes:

Moreover, if civilisation has resulted from unwanted gradual changes in morality, then, reluctant as we may be to accept this, no universally valid system of ethics can ever be known to us.

However, when Hayek talks about a “universally valid system of ethics,” I take him to mean both an ethical theory that is trying to “predict,” at least broadly, the norms we do have, and a system that offers judgement about a given norm without reference to the cultural and legal context in which that norm is embedded. Hayek seems to assume that the former set of theories is identical to the latter. In doing so he assumes further that all rationalist systems are attempting to predict or explain prevailing norms. Hayek is wrong to assume that. You can, and I argue, should, have a rationalist ethical system that isn’t trying to explain the norms we do have. Hayek doesn’t say anything about that type of ethics, as far as I can tell.

Instead of comparing evolved rules to rationalist ethical theories, Hayek wants us to ameliorate individual rules in light of the functioning of the system as a whole. In Law, Legislation, and Liberty, he writes:

[A]lthough we can endeavour to find out what function a particular rule performs within a given system of rules, and to judge how well it has performed that function, and may as a result try to improve it, we can do so always only against the background of the whole system of other rules which together determine the order of action in that society.

What would be the alternative to making only local, discrete changes?

Hayek claims that if we tried to rip out, root and branch, the evolved norms we have, and replace them at once with rationally “constructed” norms which we deem preferable, we must be prepared for potentially disastrous consequences.

This means that if we have a theory of ethics where bad consequences have moral weight—utilitarianism, for example—we need to consider the fact that at least some of the evolved norms and laws we have are not just empty ceremonies but load-bearing structures, and messing with them is therefore risky. Consequently, it might be wrong under certain ethical systems to change a rule or norm, or to change too many of them at once. Hayek puts this point rather well in The Fatal Conceit:

I do not claim that the results of group selection of traditions are necessarily ‘good’ - any more than I claim that other things that have long survived in the course of evolution, such as cockroaches, have moral value. I do claim that, whether we like it or not, without the particular traditions I have mentioned, the extended order of civilisation could not continue to exist (whereas, were cockroaches to disappear, the resulting ecological ‘disaster’ would perhaps not wreak permanent havoc on mankind); and that if we discard these traditions, out of ill-considered notions (which may indeed genuinely commit the naturalistic fallacy) of what it is to be reasonable, we shall doom a large part of mankind to poverty and death. Only when these facts are fully faced do we have any business - or are we likely to have any competence - to consider what the right and good thing to do may be.

What I conclude from my reading of Hayek, which I hasten to admit is still somewhat inchoate, is that Hayek has not, as is too often contended, shut the door on rationalist ethics. To the contrary: Hayek’s theory needs to reference a background theory of ethics—likely a rationalist ethics—if his theory is to have any normative force. “Society might fall apart, leading to a lot of suffering compared to the status quo, if you do X” is a positive claim, not a normative one. You would need a background moral theory that says “It is wrong to perform actions that lead to increased suffering” or something similar in order to draw any normative conclusions.

On the other hand, Hayek’s positive analysis provides a lot of valuable input to discussions about whether and how rationalist reforms of social norms should be undertaken.

Grant Babcock is Associate Editor of Libertarianism.org and a scholar of political philosophy. He is especially interested in nonviolent action, epistemology of the social sciences, social contract theories and criticisms thereof, and finding libertarian-compatible responses to cultural problems.