Smith discusses Birney’s eventual opposition to the American Colonization Society and why he embraced abolitionism instead. 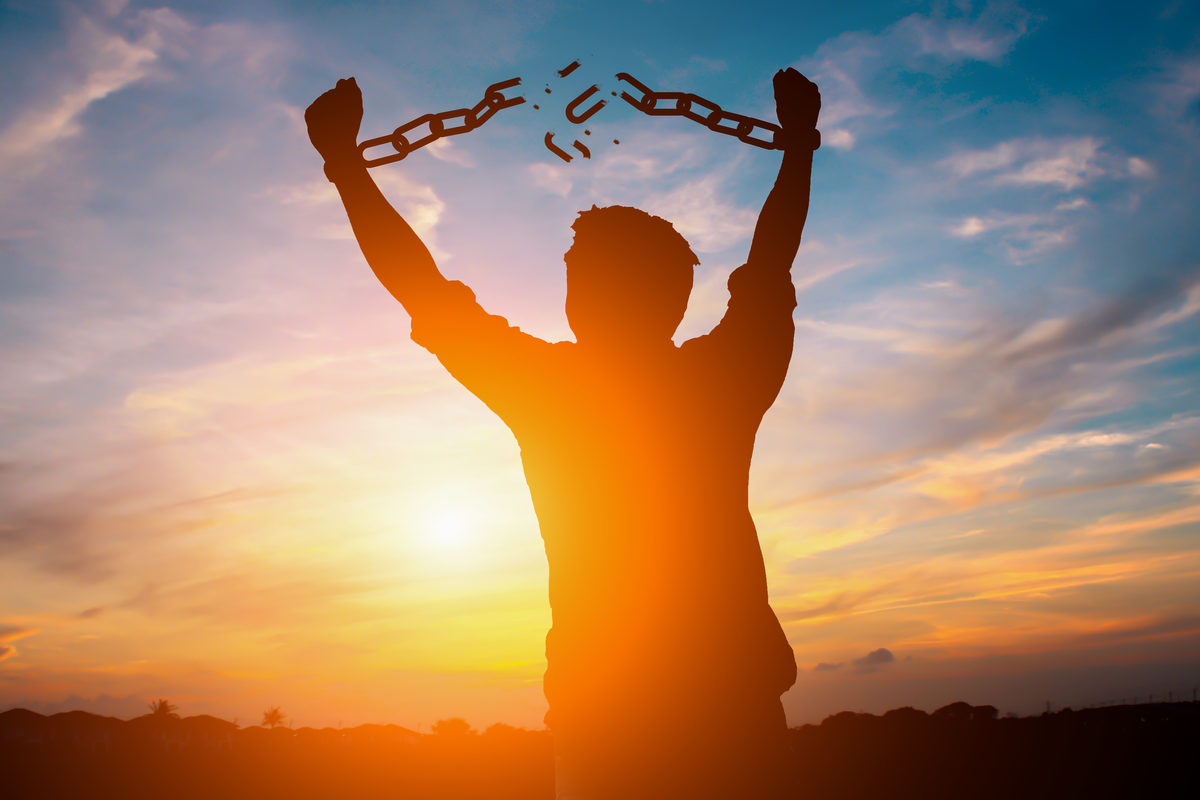 The American Colonization Society (ACS) was founded in 1816 by the Virginia congressman Charles Fenton Mercer, who regarded the transportation of free blacks to Africa as “a drain for pauperism.” Details of the organization were hammered out by the Princeton theologian Robert Finley, and in 1832 James Birney was invited to become an agent for the ACS. As agent for the Southwestern district, his territory would cover Alabama, Mississippi, Louisiana, and the territory of Arkansas. Although Birney’s plantation had failed years earlier, after which he sold most of his slaves, he still retained a handful of slaves for domestic work. He continued to prosper as a successful attorney, but working for the ACS required that he abandon this source of income.

Birney considered the offer carefully before accepting. After reading ACS literature to reassure himself of its goals, he was finally persuaded by Theodore Weld, who would soon become an important force for abolitionism. But Weld was not an abolitionist at this time, and neither was Birney. In lectures and articles, Birney cited the criticisms of the ACS by Northern abolitionists to reassure Southerners of the differences. Many Northern members of the ACS believed that colonization would eventually help to end slavery by draining the South of freed slaves. This process would lessen the prospect of slave insurrections and encourage manumissions. The sales pitch in the South was somewhat different. As the black population increased to the point where blacks outnumbered whites in many areas, Southerners were told that colonization would rectify the imbalance and rid the South of uneducated and troublesome free blacks. Birney also pointed out that the Colonization Society was supported by many slaveholders for their own benefit, and he assured his audience that the ACS had no intention of interfering with the existing system of property rights.

In 1833, Birney published a series of articles in the Huntsville (Alabama) Democrat in an effort to persuade Southerners to support the ACS. At times these articles came close to defending slavery, as when he maintained that Northern criticisms of slavery defended an abstract theory of rights that failed to take current circumstances into account. Slavery, he claimed, might be justified temporarily if its abolition would cause more social evils than would its continuation. Birney rejected any essential biological differences between blacks and whites. He played on the widespread Southern fear of slave insurrections by pointing out that this danger increased as the black population continued to increase. He asked, “Can things be kept stable—can the blacks be retained in subjection when an inequality of numbers so great shall be found to exist?” The bloody slave rebellion in the West Indies illustrated the dire possibility when blacks were oppressed with brute force, instead of being treated as men. Moreover, voluntary emigration by American blacks to Africa would plant many Christians in that largely pagan continent and thereby increase the likelihood of winning native Africans to Christ.

Within a year or so, Birney had transformed from a colonizationist and gradualist to an abolitionist. The seminal event in this transformation was Birney’s interest in debates over slavery at the Lane Seminary, located near Cincinnati. Lane was founded in the autumn of 1833; it was financed largely by the abolitionist brothers, Lewis and Arthur Tappan, and was intended primarily to be a training ground for speakers on temperance reform. But the slavery controversy soon took center-stage, and many debates were held on the controversy of colonization versus abolitionism. Many of the students were in their mid-twenties or older, and a significant number came from slaveholding families in the South. These were not neophytes; many were experienced professionals, some of whom had considerable experience in public speaking.

Beginning in January 1834, the following question was proposed and debated: “Is it the duty of the slaveholding states to abolish slavery immediately?” The first speaker was the aforementioned Theodore Weld. A leading historian of abolitionism, Dwight Dumond, said of Weld (Antislavery: The Crusade for Freedom in America, 1961, p. 161):

Weld led off the discussion, speaking three hours on each of the first four meetings. Weld was unquestionably one of the most effective public speakers this country has ever produced. In this case his presentation of the subject was so convincing that those previously selected to defend slavery surrendered their allotted time and let their case go by default. He covered every aspect of the institution as was his custom, from the points of history, philosophy, scriptures, fundamental law, morality, justice, and common sense.

The Lane debates lasted 18 days in sessions of two hours or more. The colonizationists were routed, and some Southern colonizationists were converted to abolitionism. (Harriet Beecher, later Harriet Beecher Stowe, was in the audience and later used some examples provided by Southern debaters in Uncle Tom’s Cabin, which proved to be the most influential book in the abolitionist crusade.) Birney followed the debates in antislavery papers (especially the Emancipator), and though he traveled to Lane, this was after the debates had concluded. Nevertheless, the spirit of revivalism and abolitionism was strong at Lane, and that enthusiasm doubtless influenced Birney’s decision to sever his relationship to the American Colonization Society and proclaim his adherence to abolitionism.

The Lane Seminary debates annoyed many observers, including the board of directors. These trustees, most of whom were colonizationists, ordered students to disband the antislavery society they had formed and prohibited them from discussing slavery without official permission. Violators could be expelled at the discretion of a committee of trustees, without further appeal.

The majority of students defied this attempt to repress free speech. Fifty-one students quit Lane Seminary in protest, and many of these migrated to Oberlin College—a failing educational establishment until the Tappan Brothers agreed to donate $10,000 if Oberlin would support the cause of abolitionism. The students also signed a magnificent public statement that affirmed the right of academic freedom. The administration, they asserted, had no right to tell students what they could and could not discuss. All topics, however controversial they might be, should be open to discussion and debate.

Proscription of free discussion is sacrilege! It is boring out the eyes of the soul. It is robbery of mind. It is the burial of truth. If institutions cannot stand upon this broad footing, let them fall. Better, infinitely better, that a mob demolish every building or the incendiary wrap them in flames…than that our seminaries should become Bastiles, our theological students thinkers by permission, and the right of full discussion tamed down into a soulless thing of gracious, condescending sufferance.

The right of free speech, this document asserted, should never be violated, much less by an educational institution supposedly devoted to the quest for knowledge.

[D]iscussion is the standard test for the detection of fallacies and the revelation of truth. It is the furnace where gold and alloy separate. It is the fan which drives the chaff and wheat asunder. It is the court of errors where the decisions of individual tribunals are reverse or confirmed.

After Birney resigned his position with the ACS, he explained his reasons in Letter on Colonization (1834), which was published as an open letter to Rev. Thornton J. Mills, Corresponding Secretary of the Kentucky Colonization Society. Birney explained why he could no longer support voluntary efforts to send free blacks (including newly emancipated slaves) to Liberia, where they could form their own society free of racial prejudice. Some of Birney’s reasons had been stated previously by critics of colonization, but some consisted of psychological observations unique to a slaveholder who freed his six remaining slaves. Those reasons, in my judgment, constitute one of most fascinating documents in the history of abolitionism, so I shall explore them in the next essay. For now a brief preview must suffice.

I do not believe that I have any warmer friends than my manumitted slaves—none, I am sure, if sacrifices were called for, who would not freely make them, to promote my happiness.

James Birney penned these words around a year after he had freed his six remaining slaves. He compensated them for their past labor and continued to employ them as household servants. He argued that his former slaves felt friendship toward him rather than resentment because they had been freed from a sense of justice rather than for the convenience of their owner. It was not for the convenience of the owner that slaves should be freed, but because slavery is a sin and freedom is demanded by justice. He wrote:

I consider all schemes of gradual emancipation as utterly unfit to meet the present evils, and to avert the dangers which threaten from the continued existence of slavery. They are all, in the first place, imperative on the master—they let go his conscience, by not insisting on immediate repentance of present sin. In the second place, they produce no good effect on the heart and mind of the slave. Founded on expediency, or policy, as all such plans must be, from their very nature, the slave will feel no respect for the motive which originates them. He will consider that nothing has been done from a regard to his rights, or his interests, but all for the advantage and benefit of the master.

Birney was not the only prominent abolitionist who began as a colonizationist and later became an abolitionist. Other abolitionists, such as Gerrit Smith, followed the same path. Schemes to colonize free blacks were widely opposed by black abolitionists, who pointed out that they were not Africans but Americans, and they identified the racism inherent in proposals to ship free blacks to another country. This was correct, of course; protests against race mixing were advanced by Thomas Jefferson, among many other famous Americans. But colonization at least opened the door for discussions of slavery in a manner that even many slaveholders found nonthreatening, and in this respect it served a valuable function, if an unintentional one, in the antislavery movement.