James Birney and the Psychology of Liberating Slaves

Smith explains the thinking of James Birney when he liberated his slaves. 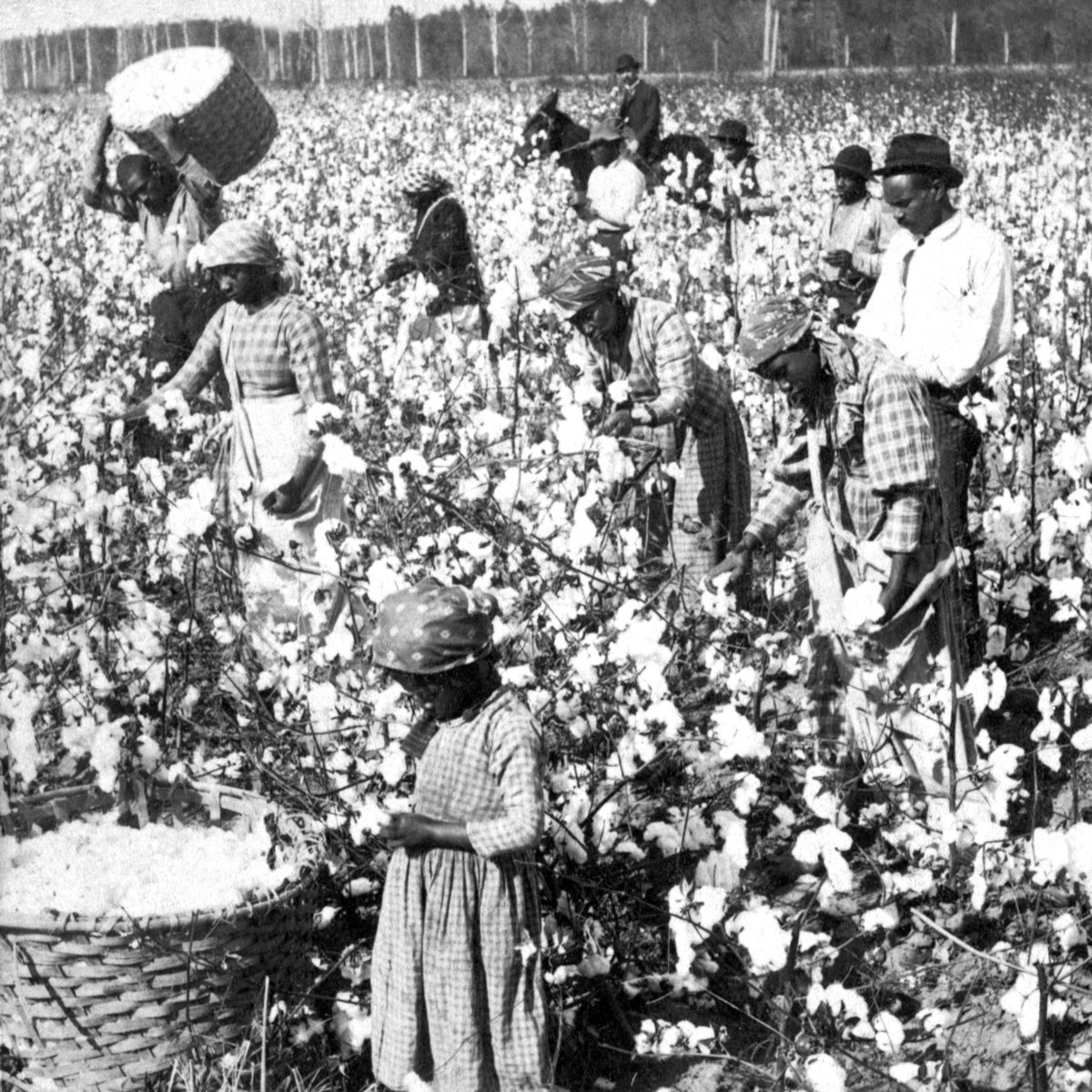 James Birney explained that he was born “in the midst of a slaveholding community—accustomed to the services of slaves from my infancy—reared under an exposure to all the prejudices that slavery begets—and being myself, heretofore, from early life, a slaveholder—my efforts at mental liberation were commenced in the very lowest and grossest atmosphere.” Birney made it known that his transformation to abolitionism was not the result of “enthusiasm”; it was not the consequence of a sudden religious conversion or emotional crisis. Rather, his transformation occurred in stages, as he reasoned out the logical implication of his principles. Each stage of his reasoning was an “ascent that my mind made to a higher and purer moral and intellectual region,” and these intermediate stages were used “as a stand-point to survey deliberately all the tract I had left.”

As Birney ascended the scale of moral principles, proceeding “from one truth connected with this subject, to another still higher,” he ended up an abolitionist. He concluded that “slavery, as it exists among us, is opposed to the very essence of our government.” Slavery is inconsistent with the foundational principle that all men are created with the equal rights to life, liberty, and property. Birney again emphasized that he reached this conclusion with his “own reasoning, observation, and thought.”

I am a member of no anti-slavery society—nor have I any acquaintance, either personally or by literary correspondence, with any of the northern abolitionists.—No one besides myself, is committed by any thing I have said.

Birney may have been fudging a bit here, given his previous conversations with Theodore Weld about antislavery and his interaction with students at Lane Seminary. But it is quite possible that Birney had already formulated his basic beliefs by the time he talked to these men, and that they served merely to fortify his courage rather than change his convictions. But the fact remains that it was after returning from Lane Seminary that Birney publicly expressed his conversion from gradualism to abolitionism. The gradualism of the American Colonization Society was no longer acceptable to him. To tell slaves that they will be emancipated eventually is to establish a timetable for the convenience of the slaveholder, not the slave. It is to continue injustice in the name of expediency for the oppressors, not the oppressed.

Under a scheme of gradualism, the emancipated slave “will consider that nothing has been done from a regard to his rights, or his interests, but all for the advantage and benefit of the master.” This was the primary source of the fear, widespread in the South, that liberated slaves would encourage violent slave revolts among those still held in bondage. To free slaves gradually from legal or economic necessity would not foster good will among former slaves and former masters. Only if manumissions flowed from a sense of justice, from the belief that slaves had a right to freedom, could there be any hope of peaceful race relations in a post-slavery South. Only when owners emancipated their slaves as a matter of justice rather than expediency could there be any hope that ex-slaves would put aside their natural resentment and desire for revenge and work with whites for common goals. And only when it was understood that whites truly believed in equal rights for blacks would it be possible for trust to develop between the races. As Birney put it, “Any plan of emancipation, however gradual it might be, would be better than perpetual slavery; but surely it is the great desideratum of any plan, that it leave the parties as friends, as freemen.” Only when former slaveowners conceded that they had no right to hold other humans in bondage “would there be no danger of personal violence to the master from emancipation.”

Birney shed considerable light on the psychology of emancipation. Slaveholders who freed their slaves and became abolitionists were rare to begin with, but Birney provided psychological insights about the process that make his remarks especially valuable. He practiced what he preached. On June 2, 1834, Birney convened the members of his household and some witnesses to observe the formal emancipation of his six slaves. As an attorney Birney had already prepared the paperwork, so signing documents was all that remained for the brief ceremony. Birney made the ceremony somewhat more formal than it needed to be because he wanted his four sons (who were old enough to understand what was happening) to understand the significance of the occasion. The deed of emancipation included Birney’s acknowledgment that slavery “was inconsistent with the Great Truth that all men are created equal, upon which I conceive our Republican institutions are founded—as well as with the great rule of benevolence delivered to us by the Savior Himself that in all things whatsoever ye would that men should do unto you do ye even to them.” All the slaves were paid salaries to remain in the Birney household, and one 40-year-old slave was paid back wages with interest for his previous labor.

Birney had one serious regret. Earlier, after the death of a slaveowning friend, a young male slave from his friend’s estate approached Birney and asked to be purchased; he did not want to be bought by a stranger. Birney refused, stating that he had vowed never to buy another slave. The slave persisted, however, so Birney purchased him on the condition of good conduct, with the agreement that he would be paid wages with which he could purchase his freedom. But Birney returned the slave after he proved “trifling, lazy, and troublesome,” and especially because of his inappropriate behavior toward a little mulatto girl whom Birney also owned. Later, after freeing his slaves, Birney attempted to repurchase this man so he could liberate him as well, but it was too late; the slave had already been bought by a Southern planter. Birney felt guilty about this incident. Although he admitted that “most persons would probably have acted as I did,” he would not attempt to “justify” his behavior. “The influences which warped and obscured my moral vision I ought to have resisted.”

This incident illustrates Birney’s finely developed sense of conscience, one that he nurtured over a period of years until he finally concluded that his slaves should be freed immediately, as a matter of justice. This was a process that no Northern abolitionist, who had never owned slaves, had to undergo; and it was a process that few Southern slaveholders ever attempted. Financial interests trumped justice in most cases, so even those slaveholders who took antislavery arguments seriously typically insisted on compensation for the value of freed slaves. Even worse, the type of moral conversion advanced by Birney required slaveholders to admit that they were wrong to hold slaves at all; manumission merely restored to the slave that which was his by right, i.e., ownership of his body, labor, and the fruits thereof. Like almost all abolitionists, Birney categorically rejected any plan for compensating slaveholders.

Having emancipated my slaves from a full conviction that the bondage in which I was holding them was sinful, I conceive I have no greater right to ask for compensation any quarter, than I would have in any other case, where a similar conviction would lead me to return to my neighbor any property to which he had an unquestionable right, and, which I by superior power had withheld from him. The claim of “compensation,” it seems to me, can be fairly sustained, only on the ground that slaveholding is not sinful.

A year after freeing his slaves Birney commented: “I do not believe that I have any warmer friends than my manumitted slaves.” He attributed these cordial relationships to the fact that his manumissions flowed from his sense of justice, and his slaves understood this. They understood that his advice—what they should and should not do as free persons—flowed from a genuine regard for their welfare, so they listened to what he had to say.

Birney did not believe that moral suasion alone would end slavery. Contrary to Garrison, Phillips, and other anti-political types, he advocated political action that would make slavery illegal. I shall explore Birney’s political recommendations and activities in subsequent essays.