What is the Actual Difference Between Micro and Macro Economics?

The major difference between macroeconomics and microeconomics is actually their respective methods, not their subject matters. 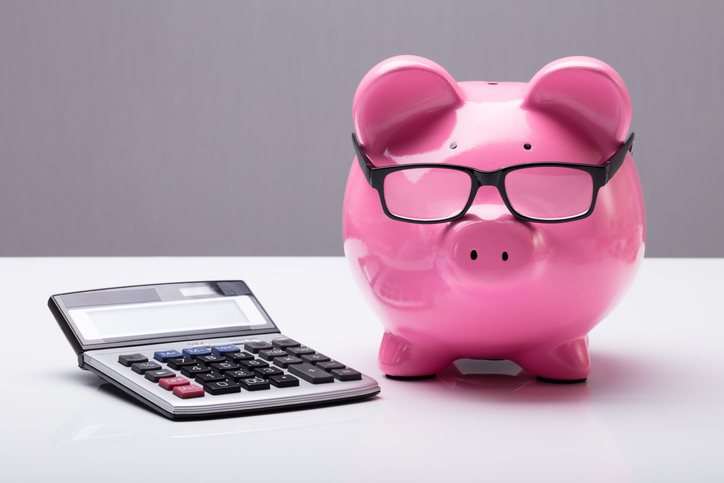 In this essay I’d like to clarify two things: 1) that the fundamental difference between microeconomics and macroeconomics is in their respective methods not their content and 2) how the macro-micro distinction came to be.

In the undergraduate curriculum, macroeconomics deals with conceptual aggregates and statistical averages at the level of the nation-state and then how these aggregates and averages interact.

For example, there’s a concept central to traditional, Keynesian macroeconomics called the “marginal propensity to consume” or MPC.  The MPC is a relation between national income and national consumption; more specifically, it indicates what percentage of aggregate national income on average consumers as a whole will spend on consumer goods (e.g. 90%).  In traditional macroeconomics, consumption depends not on how consumers choose among differently priced goods, but on a (psychological) propensity to spend a stable percentage of income on consumption.  In short, consumption as a whole depends mainly on current income.

Microeconomics, on the other hand, typically explains consumption by looking at how an individual, not an aggregate of all consumers in a nation, responds to a change in the price of apples relative to the price of oranges. So, if the relative price of apples falls, other things equal a consumer will buy more apples and fewer oranges.  Similarly, to understand the decision of a consumer to save, microeconomics looks at whether a person’s gains from saving (e.g. the interest rate) is greater than her preference to have something now rather than later (i.e. time preference).

In general, traditional macroeconomics explains economic phenomena such as consumption in terms of aggregates and averages at the national level, while microeconomics explains those same phenomena – and not just consumption but investment, inflation, unemployment, as well – in terms of the incentives a person faces and the choices she makes. So, while the subject-matter may be the same, macroeconomics and microeconomics approach them entirely differently. So, in truth, “macro” and “micro” refer to the basic elements that would constitute a satisfactory explanation: aggregates and averages in macro or the choices of individuals in micro. In other words, the fundamental difference between microeconomics and macroeconomics is methodological:  What is the proper approach to studying economic phenomena and what constitutes a satisfactory explanation? At the undergraduate level it’s easy to get the impression that microeconomics and macroeconomics are two entirely different, almost contradictory disciplines, each with its own subject-matter and method of analysis.

But at the graduate level it has been the case for a long time that the microeconomic method has taken over the macroeconomic subject-matter.  That’s an interesting story in itself that would entail too much of a digression, except to say that it has mostly to do with economists trying to give rigorous and choice-based underpinnings to traditional Keynesian concepts such as “involuntary unemployment” or “sticky prices” or “money illusion.”  Beginning in the 1970s, however, economic theorists began to abandon the “Keynesian economics” still taught in most principles and intermediate economics courses.

At the undergraduate level, however, these traditional differences largely remain.

Before John Maynard Keynes published The General Theory of Employment, Interest, and Money in 1936 there was no distinction, theoretically or pedagogically, between macroeconomics and microeconomics.  In English-speaking countries the main theoretical framework derived from Alfred Marshall’s Principles of Economics (the presentation of which still influences microeconomics textbooks to this day) and on the European continent the economics of the “Austrian” (e.g. Carl Menger, Eugen von Bohm-Bawerk) and “Swedish” (e.g. Knut Wicksell) schools of thought dominated economic theory.  Particularly in Europe, the “macro” dimension of economics was largely covered by that branch of economics that dealt with money, since unlike in other markets the decisions of suppliers of and demanders for money have a direct influence on the entire economy.  In other words, all economics was what we today would call microeconomics.

But Keynes’s General Theory radically changed everything. Unlike orthodox economic theory, the nation-state, not the individual, became the basic unit of analysis, and as we have seen individual incentives and choices took a back seat to average propensities and the interaction of aggregate quantities. Keynesian economics placed emphasis on aggregate employment and the creation of jobs, to the point where what those jobs were for didn’t really matter. Most economists lost interest in understanding the complexities of the capital structure of an economy and instead focused on jobs, jobs, jobs.

As mentioned, however, in the past 50 years, because it is more logically consistent and intellectually coherent, microeconomics has become the dominant approach in macroeconomics. Which raises a question:  If in modern economic theory microeconomic foundations have replaced macroeconomic methods, why does the traditional separation between macroeconomics and microeconomics persist at the undergraduate level?  Why isn’t it all just “economics” again?

The Persistence of Macroeconomics

That’s a hard question to answer. One reason may simply be that it’s been taught this way for over half a century and it’s hard for university departments and the textbook industry to change.  Even where undergraduate programs have adopted the microeconomic approach to macroeconomics retaining the two courses might be a convenient way to divide subject-matter. (But then why not just call them Economics 1 and Economics 2?)  There’s the related reason that, inherently, Keynesian macroeconomics is easy to grasp and therefore easy to teach.

By design, the central elements of the Keynesian approach consist of relatively simple relations (e.g. aggregate consumption as a function of aggregate income) that are relatively easy to measure; unlike, for example, the Austrian concepts of the “capital-structure of production” or the “natural rate of interest.”  Thus, the Keynesian revolution ushered in an unprecedented era of measurement of aggregates and averages, which contemporary policy-makers readily embraced, as Keynesian macroeconomics rapidly became the foundation of interventionist fiscal and monetary policies, first Keynesian and later Monetarist.  These measures are engrained in economic thinking to this day.

Politicians, policy-makers, and the mainstream media speak with ease about “consumer spending and saving,” “aggregate demand and supply,” and “the inflation and unemployment tradeoff,” all of which are central to traditional macroeconomics. Meanwhile a small army of bureaus and academic departments are today devoted to generating numbers for those concepts. And these folks probably learned their economics in college, where traditional macro is still taught, rather than in graduate programs where it is no longer taken seriously.

But even though it’s intellectually suspect, learning traditional macroeconomics may still be useful today, although not because it gives us a good understanding of how the economic world actually works.  Ironically, its main use may be to give us a good understanding of how economic-policy wonks think the economic world works. As a tool for interventionist policy, those folks do seem to take it seriously, indeed.

Microfoundations of Macroeconomics by Steve Horwitz

Capital and Its Structure by Ludwig Lachmann