The Right of Conscience: From Locke to Jefferson 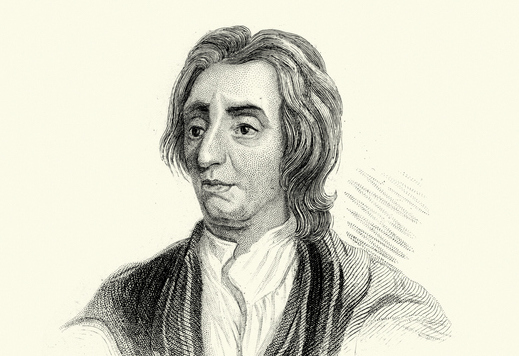 Among the Founders of the United States, Islam was unquestionably held in a negative light.  Preexisting Protestant culture and the Radical Whigs’ association of Islam with tyranny meant few colonists felt any kinship towards Muslims.  Yet out of the same philosophical movement that called for limiting political power and opposing tyranny came the concept of toleration, the idea that a citizen’s access to their rights should not be determined by their conformity to the state religion.

The idea of toleration was born out of the bloodshed of the Wars of Reformation (1524-1648).  Constant wars between Protestants and Catholics took their toll and were often for naught, as many would sooner face the sword than recant their beliefs.  Governments often feared infiltration by rival religions, and were consequentially repressive of non-conformist beliefs.  In the midst of war and paranoia, some rulers found toleration a more palatable alternative to open warfare.

While there were several earlier attempts, the first major political act of toleration was the Edict of Nantes, issued by King Henry IV of France in 1598.  The edict called for toleration of Huguenots in the majority-Catholic France, bringing an end to the French wars of religion.  More importantly, the Edict of Nantes distinguished between one’s religion and their entitlement to civil rights, remarkable at a time when religion and politics were often seen as one and the same.  While the absolutist King Louis XIV revoked the edict a century later, it served as one of the earliest examples of institutionalized toleration.

In 1689, English philosopher John Locke authored his Letter Concerning Toleration, calling for the guarantee of civil rights to all citizens, regardless of religion.  Locke’s attitudes toward toleration are of profound importance due to the influence they would have on the Founders, most notably Thomas Jefferson.  Jefferson, in arguments regarding the freedom of religion, would often take to quoting Locke that “neither pagan nor Mahometan nor Jew ought to be excluded from the civil rights of the Commonwealth because of his religion.”2

Written amidst the Glorious Revolution, where Parliamentarians overthrew the Catholic King James II, and the establishment of the English Bill of Rights, Locke’s observations on religion, like Jefferson’s, would come at a time of tremendous political upheaval.  The Bill of Rights passed by the new English Parliament granted numerous civil rights to English Protestants, including precursors to the Second, Eighth, and parts of the First Amendment to the American Constitution.  While a supporter of the new rights enshrined in the Bill of Rights, Locke objected to the exclusion of non-Christians from exercising such rights.

Locke argued instead for “freedom of conscience,” a term that should be familiar to Protestants, since Martin Luther had coined the phrase at the Diet of Worms in 1521 as justification for his refusal to recant his claims against the Catholic Church.  Similarly to Jefferson and the Founders, Locke found Muslims a great hypothetical for his arguments, since, lacking chattel slavery, England boasted even fewer Muslims than the colonies.  While expressing distaste for their religion, Locke argued that Muslims “sincerely seek the truth,” and should not be denied their civil rights on a matter of conscience.3  While Locke wrote of Muslims, they were likely a stand-in for other vulnerable groups in England, such as Jews, Deists, and other smaller Protestant sects who were technically covered by the Bill of Rights but still might face persecution.4

Notably absent from Locke’s call for toleration were Catholics and atheists.  Regarding atheists, Locke’s denial of their rights was straightforward.  Simply put, Locke believed that without belief in some deity, atheists, who held nothing as sacred, were incapable of honoring the social contract that their legal rights were contingent upon.  Catholics, on the other hand, could honor such a contract, but they also fell under the jurisdiction of the Vatican.  Since England could not allow the Vatican to rule within its borders, Catholics could not have civil rights.  Locke would dwell on the exclusion of these two groups well beyond his Letter Concerning Toleration, never quite satisfied with his own attempt to reconcile their exclusion with his conviction that civil rights should extend to everybody.  His view of Catholics, at least, may have been influenced the political climate of the time.  After the overthrow of a Catholic king and widespread persecution of Catholics throughout the country, it was an inopportune time to come out as a spokesperson for Catholics’ rights.

John Locke was perhaps aware of how his letter would be received, as it was not published by him, but by a close friend without his knowledge.  Locke found himself under attack for his views, most notably by Thomas Long, who writing on behalf of the High Church of England, condemned Locke as an atheist and a Catholic, despite Locke’s care to exclude these groups from toleration.5  Locke may not have impressed many of his countrymen, but Thomas Jefferson took a keen interest in his writings.  Locke’s views on toleration, which Jefferson expanded to include atheists and Catholics, would rise to prominence in American colonies in the late 18th century.

While Jefferson inherited many of his views on toleration from Locke, he went much further than his predecessor.  Jefferson’s opinion of religious toleration can be best summed up by the following excerpt from Notes on the State of Virginia:

Our rulers can have authority over our natural rights only as we have submitted to them.  The rights of conscience we never submitted, we could not submit.  We are answerable for them to our God.  The legitimate powers of government extend to such acts only as are injurious to others.  But it does me no injury to say there are twenty gods, or no god.  It neither picks my pocket nor breaks my leg.6

While Locke’s argument for toleration stemmed from the denial of legal rights to non-Christians by government, Jefferson instead asserts that right to choose one’s religion, the right of conscience, is a natural right that the state has no power to abridge.  Jefferson even disliked the word “toleration,” preferring instead “religious freedom,” a phrase that to this day echoes throughout political discussions.7  “Toleration” implied that a person’s right to practice their religion existed only at the pleasure of the government.  “Religious freedom,” on the other hand, recognized that the right of conscience was not in the government’s power to limit in the first place.  The “legitimate powers of government” can only limit injurious acts, and Jefferson pithily reminds us that belief injures no one.

While Locke, largely in response to the philosophies of Thomas Hobbes, argued that government suppression of minority religions made countries worse by stoking violence and conflict (rather than promoting order and stability as Hobbes argued), Jefferson argued that suppression of religion made individuals worse off as well.  Of an individual barred from practicing their religion, Jefferson says, “Constraint may make him worse by making him a hypocrite.  But it will never make him a truer man.”8  Jefferson was furious at Virginia laws that restricted the practice of certain types of religion, such as those requiring belief in the Trinity and baptism,9 referring to such laws as “religious slavery.”10

Did Jefferson’s convictions, however, extend to Islam?  More so than his peers, it is clear that Jefferson had a particular fascination with it.  He even owned a Quran, translated by the English scholar George Sale, and was quite familiar with its contents.11  It occupied his bookshelf, alongside various other religious texts, and it is now housed within the Library of Congress.  There is evidence that Jefferson had a vague understanding of Sharia law.  During a divorce case, Jefferson’s client wanted to divorce her husband on the grounds that he was impotent, but no law or legal precedent for such a matter existed.  Jefferson consulted Sharia law, and found a precedent he believed would allow his client to divorce her husband.12

Fascination is not the same thing as admiration, however, and Jefferson’s opinion of Islam did not differ much from his contemporaries.  Jefferson’s opinion of Islam was influenced heavily by Cato’s Letters as well as the writings of the anti-clerical Voltaire.13  Voltaire, who made no secret of his disdain for the Catholic Church and organized religion generally, was perhaps at his most vitriolic when he wrote of Muslims.  His play, Le fanatisme, ou Mahomet le Prophete (Fanaticism, or Mahomet the Prophet), depicted Muhammad as a ruthless manipulator, who indoctrinated his followers before using them for his own personal gain.  Voltaire’s story was ultimately a warning about how blind adherence to a religion erodes an individual’s free will (as it did with the Meccans in the play), but it was also an attack on a religion Voltaire found to be barbarous and fanatical.  Like Gordon and Trenchard before him, Jefferson also made use of Islam as an allegory for tyranny.  In letters to James Madison, he referenced Algerian deys as hereditary tyrants, and Turkey as a land where “the sole nod of the despot is death.”14

But unlike Voltaire, who was dismissive of both the religion and its practitioners, Jefferson clearly distinguished between the two.  While he held Islam in low regard, Jefferson saw no reason to condemn individual Muslims.  They too were people and held natural rights, including the right of conscience, which no just government could ever strip from them.15 If Muslims were to one day come to the United States, there was little doubt in Jefferson’s mind: they should enjoy the same rights as any other citizen and be allowed to openly practice their faith.

When Jefferson introduced his Bill for Establishing Religious Freedom to the Virginia assembly in 1779, the colonies were in a different place than they had been a century prior when Catholics and Protestants had held a shaky tolerance of each other in Maryland.  Religious diversity, far greater than that which led to the Edict of Nantes and the Act Concerning Religion, made tolerance a necessity.  Regardless, Jefferson and his allies would face an uphill battle establishing the institution of religious freedom, first in Virginia and then throughout the new nation.

Michael received his B.A. (2016) from the University of Michigan in history, with a specialization in East Asian history.  His thesis, “Reverse Course: The Secret Battle for the Japanese Economy”, focused on the ideological disputes involved in the reconstruction of the Japanese economy after World War II and won the William P. Malm Award for Outstanding Student Writing in Japanese Studies and the Arthur Fondiler Award for Best Undergraduate Thesis.  He worked as an intern for the Cato Institute and Libertarianism.org in Fall 2016.