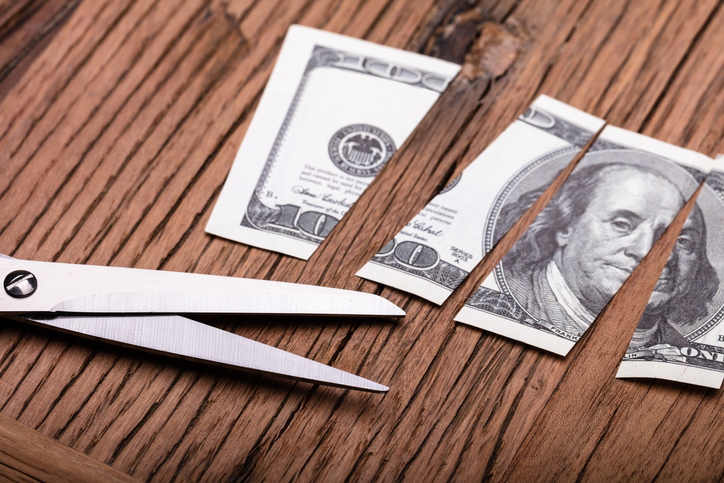 In the ongoing debates about inequality and the proposed wealth tax, there seem to be a number of misunderstandings of basic economic concepts. In particular, those favoring the wealth tax, and those who want billionaires to disappear, appear to believe that what it means to be “wealthy” is to have lots of physical money and that rich people leave their money lying around idle for them to luxuriate in like so many Scrooge McDucks. That idle money, the story goes, could be put to much better use by taxing it and then spending it on whatever project politicians might favor. This whole set of beliefs is false, and buying into it leads to bad public policy that will destroy the wealth-creating and wage-raising processes of the market economy.

First, let’s recall what we mean by “wealth.” At the most basic level, wealth is our net worth, or our assets minus our liabilities. If we think about material and financial wealth, our wealth is everything from our cars, houses, clothes, bank accounts, and other financial assets minus all our debts. What is also important is that our assets can include anything we subjectively value. So one could count one’s health, for example, as part of one’s wealth, most broadly construed.

What matters for the public policy debate is that wealth is far more than just “cash.” When we say Jeff Bezos has $108.9 billion in wealth, we are most emphatically not saying that he has over $100 billion in cash lying in a room in one of his houses. What we are saying that if we add up the value of all the things he owns, from his $65 million jet to his 57 million shares of Amazon, and deduct anything he owes, the net value is around $108.9 billion. The vast majority of his wealth is not in any form that we would recognize as cash or money, but in assets like the plane and his stock shares.

Even the word “cash” has an ambiguity about it that matters a great deal. Cash can mean anything from physical dollar bills (or “currency”) to checking account dollars to other very liquid assets (i.e., assets easily convertible to currency or checking account dollars). When people talk about wealth and cash, they are not even precise about what they mean by “cash.” That matters, because if one is imagining taxing wealthy people, they will have to pay that tax out of one of those liquid assets. Those supporting such a tax seem to believe that the rich really do have a big pile of cash that they can use for that purpose.

For example, a 6% wealth tax such as Senator Warren’s would mean over $6 billion per year for Bezos. “It’s just 6 cents on a dollar,” we’re told, but how exactly is he going to pay this? Someone with his level of wealth will likely have only a very small percentage of that wealth in a very liquid form. Some estimates are that Bezos probably has “cash” in the $5 million to $15 million range. He’s going to bounce a check big time paying $6 billion every year. Paying that tax would mean having to sell off his other assets, which may not be feasible in short order, aside from the fact that he would be likely to start hiding those assets in ways that would avoid the tax. Again, when you tax wealth, you are not just taking 6 cents on a dollar from that imagined room full of cash, but forcing wealthy people to sell off their assets to pay it, and that will lead to a variety of tax avoidance behavior with pernicious consequences for economic progress. Those assets, of course, are also producing wealth in their contributions to output and in enhancing the productivity of labor. Forcing the rich to sell them off to pay a wealth tax means withdrawing those assets from the private sector, and that means job losses and wage reductions as productive capital is forcibly transferred from the market to the state.

That leads to the second important misunderstanding with respect to rich people and “cash.” All of the wealth that rich folks have in the form of financial instruments, from checking accounts to bonds to stock to other more complex options (though not physical currency) are not just sitting around “idle” providing no benefits. All of those instruments supply loanable funds (savings) to the financial system. Whatever Bezos has in his various checking accounts, for example, doesn’t just sit in a vault in the bank. The bank lends those funds out to borrowers who use them to invest in new projects that create capital goods and jobs for the general public. To the extent firms now have more productive capital goods, the wages of their existing workers will rise as well. Nearly all of the funds that rich people put into banks and other financial intermediaries make their way into the hands of people putting that money to work in the service of economic progress.

That is why banks are called “financial intermediaries” – they serve as intermediaries between people with money to lend and people who wish to borrow. In doing so, they reduce the transaction costs and risk of lending, as well as paying lenders more interest, encouraging much more lending that would happen otherwise. They also reduce the transaction costs of borrowing and lower rates on loans compared to a world of direct finance, making people more likely and able to borrow. This process of capital goods formation is central to economic progress and growth in wages and wealth of the general public. The vast majority of the “cash” of the rich is the fuel that powers economies across the world.

Note that this does not apply to paper currency in the form of Federal Reserve Notes. Bank account dollars are a loan you give the bank that it then lends out to others. Paper currency is not a loan to a bank. It is produced by the monopoly known as the Federal Reserve System, and the various promises of the Fed and the federal government are all that back it up. We accept them because we know others will, but holding US paper dollars provides no loanable funds. Depositing them in your checking account does. All of that said, the wealthy generally hold very little of their assets, including just a tiny percentage of their financial assets, in the form of currency. It pays no interest and, like the rest of us, they can use debit cards and other instruments for everyday payments.

Not only are the rich not sitting around on piles of “cash” as a general rule, almost all of the financial assets they do have are in the form of loans to various financial intermediaries, and those loans (their assets) serve to finance a great deal of productive economic activity. The savings/lending of the rich are central to economic growth and material progress for all of us. Financing the creation of new capital is what generates new jobs and increases wages on existing ones. This is what the financial assets of the rich do every single day, whether in the form of bank accounts, bonds, or more complex instruments. The same is true of their ownership of stock or physical capital, all of which drive the process of job creation, higher wages, and innovative and cheaper consumer goods. Rich people’s wealth is not idle – it actively enriches all of us.

A wealth tax that imagines that governments are just taking away a very small percentage of the rich’s idle cash misunderstands both the nature of the wealth held by the rich and the important role played by financial assets in powering market economies. Such a tax will transfer wealth from the positive-sum, wealth-enhancing capital creation process of the private sector (especially as the rich engage in tax avoidance behavior), to the negative-sum, wealth-destroying transfer and spending processes of the federal government. A wealth tax is a certain path to impoverishing not just the rich, but the rest of us for whom economic progress depends crucially on the ways in which the rich actively put their wealth to use to finance new and existing businesses.