The principles of sound economic analysis shouldn’t be tossed out the window when they’re politically inconvenient. 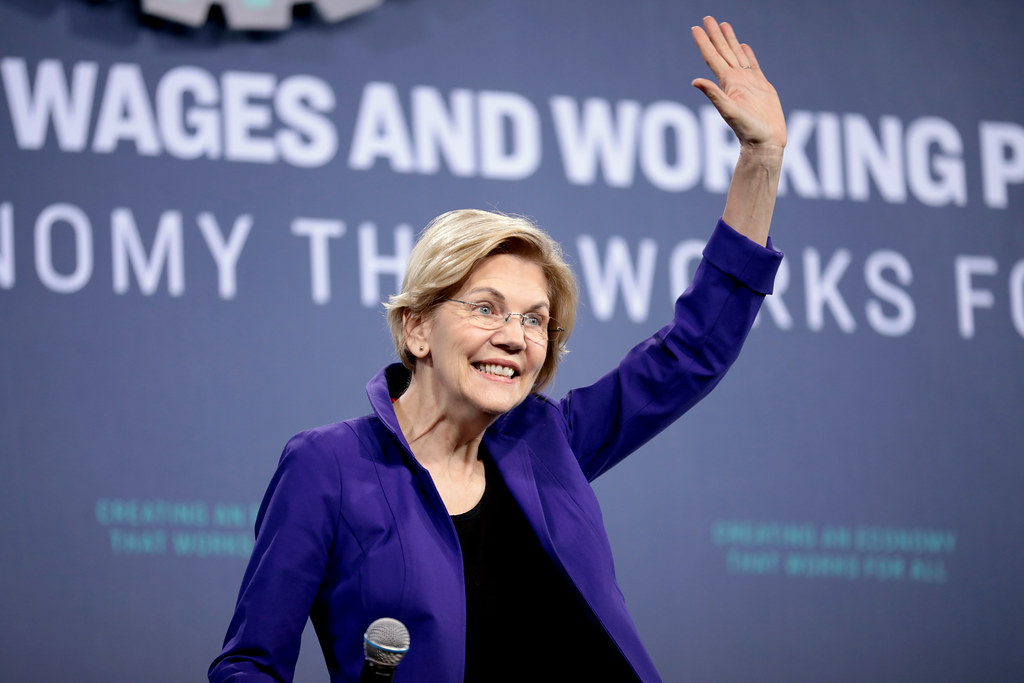 One of the first lessons we try to get across in introductory economics, especially macroeconomics, is the difference between “stocks” and “flows.” Understanding this difference and making sure one compares stocks to stocks and flows to flows, never letting the streams cross so to speak, is crucial to good analysis. Unfortunately, recent debates over proposed wealth taxes and other related issues have been marred by confusion about this point, allowing participants to advance arguments for greater government intervention based either in ignorance or deliberate obfuscation.

The general difference between stocks and flows is captured by the difference between a volume or weight and a rate. Imagine a bathtub full of water. We can ascertain the volume of water in the tub, and that would be a “stock.” But we can also imagine how quickly the tub drains or fills expressed as a rate of the quantity of water over some measure of time. That (literally) is a flow, as the filling or draining represents a change in the volume of water in the tub at some rate. In general, flows are expressed as rates of change, while stocks are not.

So, in the business world, firms normally report both income statements and balance sheets: Income statements are a description of flow variables, as they show the changes in the firm’s revenues and expenses over a specific period of time, such as a month, quarter, or year. The balance sheet, by contrast, takes a snapshot of the firm’s assets and liabilities at a specific point in time. Those are all stock variables, as there is no “rate” at which they are changing, unlike the income statement. Profit and loss are flow variables; net worth is a stock variable. Notice also that, like the bathtub, what changes the stock variables are the cumulative effects of the flow variables. Firms that make profits over a given period of time will see their net worth rise as depicted on the balance sheet.

Similarly, we can talk about the difference between wealth and income in a broader economic context. If we want to talk about a household’s wealth, we are adding up a snapshot of its assets and liabilities at specific point in time and trying to find out what its net worth is. All of the bank accounts, investments, and personal possessions including houses, cars, and the like, go on one side, while borrowing and other liabilities go on the other. Wealth is assets minus liabilities.

Income is the flow in and out of wealth. If I make $65,000 per year as a high school teacher, that’s income and that’s a flow variable, as the “per year” indicates. It’s an addition to my wealth, of course, but it’s not the same thing as my wealth. I need to know my expenses and liabilities to determine how my wealth will be affected in total.

Income and wealth are often confused when we talk about people being “rich.” There are two possible ways to parse that claim: the person’s income is high, or the person is very wealthy. Those need not both be true at the same time.

For example, imagine a retiree couple who owns their house and cars free and clear and have no children at home or in college. They might also have accumulated bank balances that they are running down to pay for their consumption. They may well be quite wealthy, but their annual income could be pretty low. High wealth, low income.

Imagine the reverse, such as a young person who has a job with a very high income, but spends nearly all of it on things like dinners out and travel, and who rents rather than owns housing. Whatever one thinks of those choices, they do not accumulate wealth. Such a person’s balance sheet would record few assets, in contrast to that of our retired couple. High income, low wealth.

Both of our examples are people we might consider “rich” in some sense of the term. However, the difference between their situations matters for how we understand their respective behaviors and for how different policies might affect them.

Not understanding, or purposefully ignoring, the distinction between wealth and income is becoming something of a bad habit for critics of the market. One example from a few years ago is the “Wealth Inequality in America” video, which—among its many flaws—moves back and forth between the emphasis on wealth in the title and examples in the video that are about income. The example that starts at about 1:40 shows annual salaries, not wealth. At the 5:00 mark, the narration moves between wealth (ownership) and income without even noticing it. The later discussion of CEO versus worker wages is about income, not wealth. When such a video has 22 million views, we should perhaps not be surprised that the larger public is easily confused about the distinction between wealth and income.

We also see this confusion in the recent debates over the wealth taxes proposed by some of the Democratic candidates for president, especially Bernie Sanders and Elizabeth Warren.

One of the academics making the case for Senator Warren’s wealth tax is Berkeley economist Gabriel Zucman. In a recent tweet, he attempted to respond to those who claim the rich do plenty through their charitable donations. The data he used to make the opposite case were that the total wealth of the Forbes 400 summed to about $4.5 trillion while the annual giving of the top 400 earners was about $10 billion. He then concludes that the rich are giving only 0.4% of their wealth, which is no different than a “tiny wealth tax.” There are a number of problems with his argument, not the least of which is that the Forbes 400 and the “top 400” income earners are not the sample people, and the question of whether the government or charitable foundations will use those funds more effectively and efficiently. But those problems aside, the confusion between stocks (wealth) and flows (annual income and charitable giving) undermines his case.

Annual charitable giving is a flow based on annual income. Accumulated wealth is a stock, and one that changes—presumably in a positive direction—from year to year. If you want to get a sense of how much the rich are giving to charity, you need to do apples-to-apples comparisons here. Either calculate how much of a specific year’s income was given to charity (or an average of that over a period of time), or find a way to add up the cumulative amount of charitable giving over a multi-year period of time and divide that by their wealth. Doing the latter is very rough and will likely understate the percentage of wealth donated because their wealth today is presumably greater than what it was in the past. If you could get donation and wealth data and, roughly, take the sum of their donations over the average of their wealth, you’d be closer to the truth than looking at one year’s donations divided by accumulated wealth. But trying to compare an annual flow to a long-term stock generates nonsense.

The problem with Zucman’s tweet is that the 0.4% number will stick with people, but given the analysis above, it’s meaningless. If the point is to get an accurate accounting of how much the rich give to charity, Zucman fails—his method produces a number that is deceptively small. Either of the correct ways of doing such a calculation would give a more honest result. The way to work with data is not to find the variables that will produce the result you want, but to use economic theory to decide what things to measure and then get the appropriate data. It seems that the defenders of the wealth tax and related policies are often more concerned with the rhetorical value of their result than whether it makes sense in terms of the economic way of thinking.

The confusion of stocks and flows is not the only such basic error that the defenders of the wealth tax have made in their attempts to defend it. Another major one is an unwillingness to confront seriously the literature on what economists call “tax incidence.” The key insight there is that the party who writes the check for a tax is not necessarily the party who bears the burden of its cost. Retailers write checks for the sales tax they accumulate, but the burden of that tax does not fall completely on them; some is passed on to purchasers. This is true of the wealth tax, and it’s also true of corporate taxation of the sort Senator Warren is proposing to fund her health care program.

Things like stocks versus flows and the theory of tax incidence are, or should be, part of any introduction to economics and the economic way of thinking. It’s understandable when commenters on Twitter are unaware of these issues, but when Berkeley economists and front runners for the presidency (and their advisors) overlook or intentionally ignore them in the name of scoring political points, it’s less forgivable. A wealth tax would eat away at the capital so necessary for economic growth and a better life for our children and grandchildren. So, as the wealth tax and similar policies gain favor, it becomes that much more important to revisit the core principles of economics and use them to generate rigorous critical assessments of those policies.