The Two Sides of Every Regulated Economic Exchange

There are two sides to every economic exchange, and regulations that affect one necessarily affect the other. 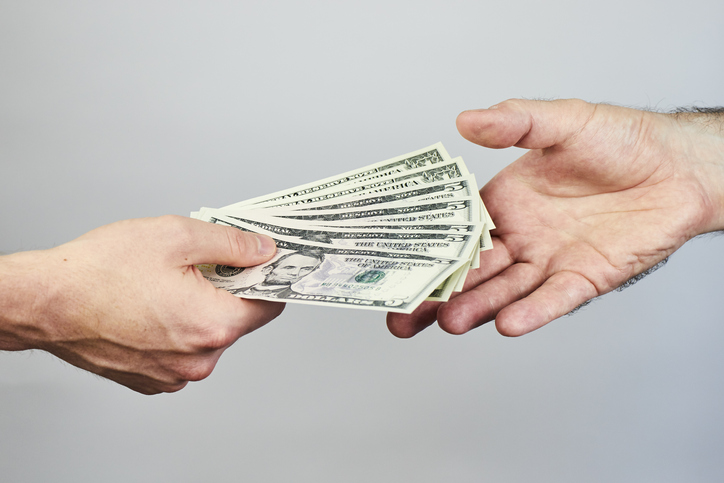 Language matters a great deal for how we understand economics and especially attempts to regulate the economy.

Think about the way we talk about some of the most common regulations we have. In many of these cases, the regulation is framed as a way to stop either the buyer or the seller of the good from engaging in particular behaviors. The belief seems to be that if we can stop the behavior of one party to the exchange, we’ll have solved the problem associated with that behavior without creating any new ones.

Although the claim that regulation will achieve its explicit intent to solve the problem associated with the seller’s behavior is also questionable, it’s the latter claim that I want to challenge in particular. The argument is simple:

There is no regulation that affects only one party to an exchange.

To take perhaps the most important example, it is a mistake to think that a minimum wage law only affects the behavior of the employer. This is despite the way proponents of such laws talk about “stopping employers from exploiting workers” or “forcing firms to offer a living wage.” The sense one gets from such rhetoric is that it is only the parties explicitly targeted by the regulation—employers—whose choices are being restricted by the regulation.

But as the economic analysis of minimum wage laws makes clear, the choices of potential employees are being affected as well. Job-seekers with limited skills and productivity trying to enter the labor market for the first time have their choices limited because they cannot offer their services at a price below the minimum wage. For job-seekers whose productivity allows them to produce $10 an hour worth of value, they are not going to get hired at a $15 per hour minimum wage. The regulation doesn’t just stop employers from offering low “exploitative” wages, it also stops potential employees from negotiating a wage that is acceptable to them and the firm, given the job-seeker’s productivity. Minimum wage laws thereby restrict the choices of some of the most vulnerable among us, causing them to be unable to get a foothold in the labor market and acquire the skills needed to move up the income ladder.

Minimum wage laws also restrict the choices of those who keep their jobs. If employers decide to retain some employees who were making less than $15, it will not be without a cost elsewhere. Wages are not the only margin on which employers offer compensation. The obvious choice here is to cut hours, but employers can also cut all kinds of non-wage benefits they provide. This could be as drastic as cutting back health benefits, but is more likely to be reducing employee discounts on food or other merchandise, no longer providing free uniforms, ending employee free access to the employer’s other services or ticketed events, engaging in more micro-management to try to get more productivity out of workers, reducing the flexibility of scheduling, and so on.

These are all ways that minimum wage regulates the choices of employees. There may well be a good number of employees who prefer a slightly lower monetary wage if that means more of these other benefits. A more relaxed working environment where employees get significant discounts on the good or service being sold might have enough value for some, if not many, employees to prefer a variety of lower wages to a mandated $15 without those non-wage benefits. Minimum wage laws restrict the bundles of compensation that are available to employees at the same time they restrict the bundles of compensation employers are allowed to offer. Again, regulations never affect just one side of an exchange.

Minimum wage laws are hardly the only example of this point. Consider the way in which municipal regulations and prohibitions on ride-share services like Uber or Lyft, or room-share services like AirBnB also regulate the consumers who wish to use them. Ignoring for the moment that many of the proponents of such regulations are competitors like cab companies and traditional hotels that are losing business to the platform-driven firms, there are other proponents who see these sharing arrangements as dangerous or exploitative to the employees. Notice that no one talks about the consumers of these services that much, but making ride-sharing more expensive or non-existent regulates their choices. These restrictions are most acutely felt, once again, by the most vulnerable consumers, for whom the ease and lower cost of Uber or Lyft matters a great deal. Throw in the safety associated with everything being done through smartphones, and such regulations have a huge effect on the consumer side of the exchange.

Even something like rent control, which looks like it is directly targeted at helping consumers, ends up regulating and restricting the options available to not only apartment owners but also renters. The regulation of owners’ options is clear: they cannot charge rent above a particular level. But how does this restrict the options of consumers? The most important way is that rent control discourages owners from engaging in upkeep and updating of their properties, as well as building new ones, as the controlled rent may not cover those costs. From a consumer perspective, rent control provides cheaper housing but lower-quality housing as well. For consumers who prefer to pay more to ensure that their apartments are kept up, rent control restricts their choices. Rent control also creates an adversarial relationship between owners and renters when such upkeep is not done. Many consumers might prefer to pay more to avoid that.

These examples all demonstrate an important point about the nature of economic exchange: you cannot disentangle the buyers from the sellers when you intervene in their attempts to cooperate with each other. There are as many margins on which the conditions of exchange might take place as human creativity is capable of imagining. Trying to regulate how parties to one side of an exchange can exercise their freedom means that not only will those parties adjust on other margins, but also that the people on the other side of the exchange have had their choice sets limited as well.

Proponents of minimum wage laws or rent control or restrictions on sharing services seem to think they know, and know best, the right combination of wage or price and quality that people should consume. They seem to think, also, that they can get that outcome by restricting the behavior of those one side of the exchange. They are wrong on both counts. First, there is no “right” combination of compensation for workers or price and quality for consumers. There is only what people prefer and their attempts to cooperate with those on the other side of the market to obtain it. Second, attempting to restrict one side of an exchange is impossible as any restriction on exchanges will also regulate the options available to the other side.

Market exchanges are attempts at cooperation between buyers and sellers and regulations cannot disentangle those two sides. The sooner we understand this lesson, the better we will understand why regulations like those discussed above do not just stop the bad guys from doing things people don’t like, they also prevent the rest of us from obtaining the precise combinations of employee compensation or consumer benefits that we wish to have. And many of those limits on our choices affect the most vulnerable among us the most. You can never regulate just producers or sellers. Regulations limit the choices of all of us.