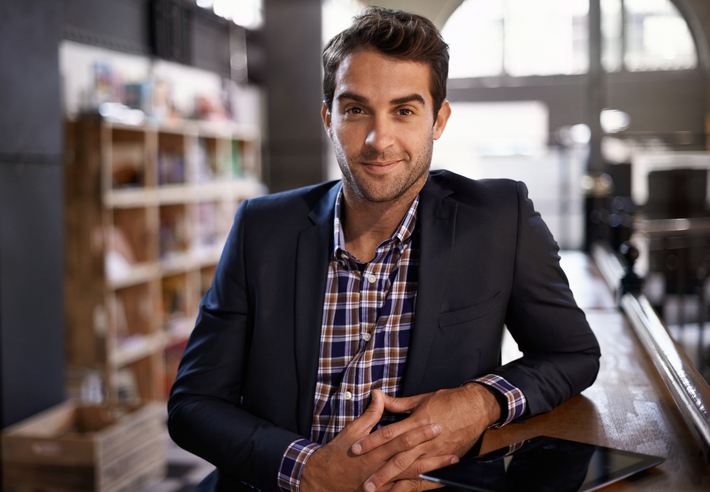 The next generation of right-of-center Americans isn’t as conservative as you might think. Yet it’s also not exactly libertarian.

Increasingly, some young people who lean right-of-center are embracing a fusion libertarian-conservatism, colloquially known as “conservatarianism.” These young people, like me, are predisposed to favor conservative ideology, but fed-up with the old-style social intolerance still lingering within the GOP, and have a more open approach to issues like immigration. Yet we’re still not drinking the libertarian Kool Aid. As conservatarians, we find the libertarian worldview mostly appealing, but aren’t totally sold on open borders fanaticism, free-market purism, or dogmatic anti-government ideology.

Conservatarianism is still an emerging, hybrid movement, so it’s hard to pin down the exact policy platform or political philosophy we do support. As a result, it’s easier to define conservatarianism by what it is not. And as an ideology, it’s certainly not the same thing as traditional conservatism.

Conservatarians reject this backward approach, and view immigration, along with the diversity it cultivates, as part of a healthy society. We acknowledge the fact that immigrants (even illegal ones) commit crimes at lower rates than native-born Americans, and contribute more to the American economy than they take away. And immigration isn’t the only issue where modern Republicanism pushes conservatarians away.

The growing conservatarian movement isn’t closely intertwined with Christianity like traditional conservatism is, and as a result, applies a laissez-faire approach to most LGBT issues. Most conservatarians I know support gay marriage, and take a generally supportive approach to LGBT issues all together.

Unfortunately, this support for the LGBT community still puts us at odds with (some) modern conservatives. For example, 60 percent of Republicans still oppose same-sex marriage, and other conservatives still argue against adoption by same-sex couples.

The conservatarian disconnect extends throughout a whole host of social issues beyond gay rights. Conservatarians reject the old-school conservative approach to issues like sex work and drugs (in particular, marijuana). Unlike the traditional conservative movement, we acknowledge that prostitution and drug use aren’t going anywhere anytime soon, and agree with libertarians that decriminalization is the only policy path forward that makes sense.

Finally, conservatives are often at odds with conservativatarians when it comes to the president. Conservatives and Republicans largely support Trump at this point, but conservatarians take a more skeptical approach. While most of us are not #NeverTrump fanatics, and praise much of the administration’s policy, we’re still more turned off than many within the traditional conservative movement by the president’s record of racial insensitivity, troubled relationship with truth, and disturbing attitude toward women.

All this is mind, one might wonder: Is the libertarian moment finally here? It is most certainly not, at least as far as conservatarians are concerned, as our budding movement still breaks with bleeding-heart libertarianism on a whole host of issues. 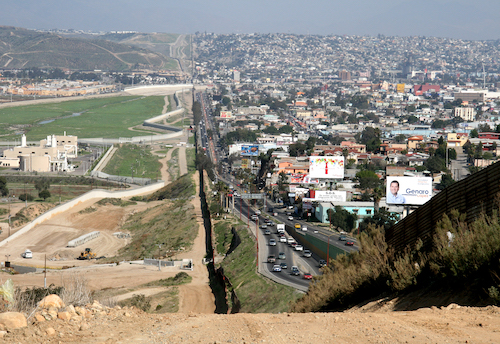 One of the most salient issues that exemplifies the conservatarian-libertarian divide is immigration. Many libertarians believe in open borders, or at least close to it. Yet conservatarians aren’t on board with this extreme form of globalism, and still believe in a country’s right to enforce borders and restrict entry. We fear the rapid displacement, social disfiguration, and economic disruption that unfettered immigration could potentially bring to the U.S. So while we welcome legal immigration, and would like to see it increased, we simply don’t share the immigration maximist position that many prominent libertarian scholars hold.

Conservatarians also break with our libertarian friends on issues of illegal immigration and border security. Libertarians see no moral difference between legal and illegal immigration, as they believe in a natural right to free movement. Yet conservatarians just aren’t on board: although most of us support reasonable amnesty measures like the Obama-era Deferred Action for Childhood Arrivals (DACA) program, we still believe that those who cut the line and violate our laws should be deported, or at least not forgiven too hastily.

This extends to border security as well: While open to reform, conservatarians don’t want to “Abolish ICE,” an increasingly popular libertarian slogan. We still believe that the government has a substantial role to play in protecting the country from the drugs and criminals that do, alongside many good people, enter the country illegally. Some conservatarians like myself have even made peace with a limited version of the president’s border wall, if it were ever paired with increases in legal immigration and comprehensive reform. While an ugly and perhaps inefficient way to secure the border, we reject the libertarian contentedness with the status quo—and believe that something must be done to stem the flow of hundreds of thousands illegally attempting to cross the border each year. Ultimately, we view such action as within the lawful purview of a sovereign state.

And immigration isn’t the only policy area where conservatarians break away with libertarians. Pure libertarianism tends to be dogmatically anti-state, rather than simply favoring limited government. Libertarians often believe in completely free markets and almost unfettered capitalism. Conservatarians certainly support capitalism, and are wary of government overreach, but we aren’t so dogmatically anti-government to believe in completely abolishing the welfare state or rolling back public education.

For example, we’re okay with keeping limited versions of food stamps and government-provided healthcare for the extremely poor, even though that’s beyond the bounds of what a purist libertarian approach to government might allow.

Yet some of the disconnect is more rooted in philosophical differences than policy disagreement. Take sex work and drug legalization, for example. Many libertarians don’t just believe that these acts should be legal, but actually don’t view them as immoral or worthy of stigma at all. Meanwhile, conservatarians agree that continued criminalization and drug-war fighting is foolish as a matter of public policy, but hold personal views in stark contrast to laissez-faire social libertarianism. On these matters, the personal views of conservatarians are much more closely aligned with old-school conservatives: that sex work and use of hard drugs are both fundamentally immoral.

Additionally, the conservatarians I know are almost exclusively pro-life, while many libertarians (although not all) lean pro-choice. In fact, the official Libertarian Party platform calls for no restrictions on abortion of any kind.

These differences in deeply-held philosophy all lead to a political misalignment between conservatarians and libertarians. Libertarians can sometimes be more left-sympathetic, especially those for whom issues like sex work, foreign policy, and drug policy rank high on the list of priorities. Many other libertarians, while not Democrats by any stretch of the imagination, don’t feel at home in the GOP and instead lean independent or even support the official Libertarian Party, despite all its flaws. Meanwhile, conservatarians are no party cheerleaders and frequently criticize the GOP, but at the end of the day, pick Republicans as our side in the viciously partisan war that is our politics. This makes sense: All things considered, conservatarian beliefs are better served by the side that will (at least claim to) resist socialism, fight against late-term abortion, and protect constitutional liberties.

Naturally, this divide influences how conservatarians view President Trump. Many libertarians viciously oppose Trump, even though they may support some of the president’s policies. And this follows logically, given that the president’s views on issues like immigration are in total opposition to those of many libertarians. Most conservatarians I know, while skeptical, view the president somewhat more warmly. And we are much more likely than libertarians to prefer Trump, with all his flaws, to the increasingly socialist and pro-abortion Democrat alternative. 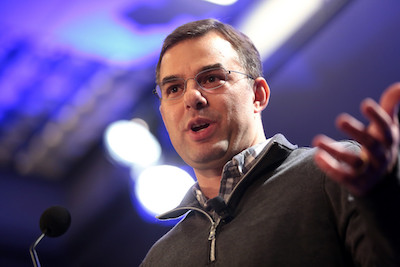 There’s no shortage of high-profile conservatarians in modern politics. Some, like Kennedy of Fox Business fame, bring their fusion libertarian-conservatism to the airwaves, while others like Rep. Justin Amash (R-MI) and Sen. Rand Paul (R-KY) fight for our views in the halls of Congress. The ability of conservatarians to break into positions of influence far exceeds that of libertarians, who are unfortunately largely marginalized in American politics and are tremendously underrepresented in the media. However, this insight offers an upside.

I encourage libertarians to view conservatarianism as a more politically palatable path to influence, as it does represent a somewhat libertarian-leaning worldview but embraces moderation. After all, it’s no coincidence that the most high-profile “libertarian” politicians like Amash and Paul still ultimately embrace conservatarianism, voting for border security and empathically embracing the pro-life cause. This is because conservatarianism is simply closer to the average American voter’s worldview than libertarianism is.

At the very least, libertarians should view conservatarians like me as a vastly superior political counterpart to have in their corner than old-school conservatives and the modern GOP establishment. Even the most devout libertarian shouldn’t let the perfect be the enemy of the good.

Brad Polumbo is an editor at the libertarian-leaning media nonprofit Young Voices. His work has appeared in USA Today, National Review, and The Daily Beast.