Why Libertarians Should Read Frank Knight

Frank Knight was a staunch defender of free markets and a key figure in the Chicago School of Economics. 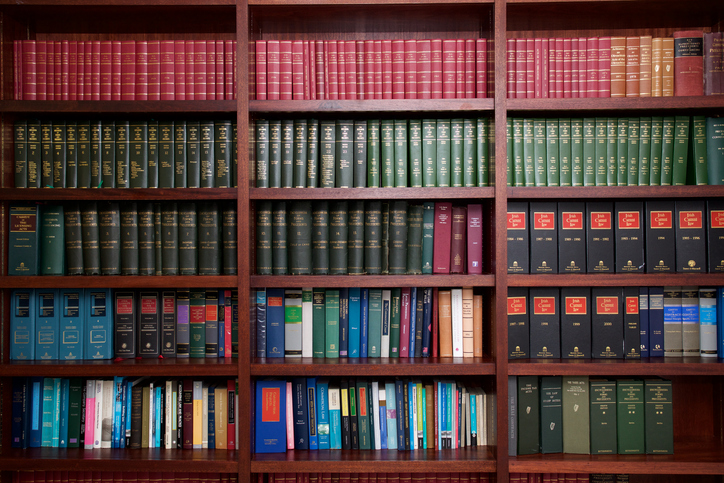 On August 23, 1927, Ferdinando Nicola Sacco and Bartolomeo Vanzetti were executed by the state of Massachusetts for murder.

Within days, Frank Knight, at the time professor of economics at the University of Iowa, wrote a reflection on what Sacco and Vanzetti’s trial and execution meant for his understanding of the ethic of the state. His conclusion was:

Neither the methods of the state nor its fundamental aim can be ethical, in any ideal sense that distinguishes the ethical from the merely expedient. The method of the state is force and fraud, and if any organization that uses any more ethical methods is called a state the word is used in a sense antithetical to any meaning it has ever had (or ever will have, either). The aim of the state is not to do “right,” but simply, as it has always been, to keep the peace. (Knight 2011)

Three years later, after his move to the University of Chicago, Harvard University came calling to see if he would move to Massachusetts. According to an interview with his wife (Nordquist 2011, 6), Knight refused Harvard’s offer in large part because “he wouldn’t shake hands with the people that were involved in the Sacco-Vanzetti case.” (Harvard’s President Abbott Lawrence Lowell chaired the post-trial committee set up by the state’s governor that decided the trial had been fair and the two men were guilty beyond any reasonable doubt). Knight had been a frequent contributor to the Harvard economics department Quarterly Journal of Economics before 1927; he published only one book review in the QJE after 1927, and that may have been in the queue anyway, because it was published in 1928. Knight retired from Chicago in 1950, but was given a distinguished professorship in the Committee on Social Thought, which he had helped to found. Thus, Knight and F. A. Hayek were both in the Committee during the period from 1950 to 1962.

At Chicago, of course, Knight is best known as one of the early founders of Chicago economics, a school which was especially important in the middle of the 20th century when Milton Friedman was joined by George Stigler, T. W. Schultz, Ronald Coase, Harold Demsetz, Al Harberger, Gary Becker, and other market-oriented economists. Many of those Nobel-winning (or -worthy!) economists had their first introduction to the benefits of market organization in Knight’s price theory course. And they in turn handed the tradition down to the many students who emerged from Chicago as we moved into the “Age of Milton Friedman,” as Andrei Schliefer called the period from 1980 to 2010. That tradition supported the various free-market-oriented policies that helped create three decades of economic growth around that world—growth that halved, and then halved again, and then halved again, the percentage of the world’s population living in extreme poverty.

But despite being Knight’s protégés, Chicago economists often ran afoul of their mentor’s view of the world. From the 1940s on, Knight’s attention turned from economic theory and market organization to thinking about markets in their broader institutional context. There were no sacred cows for Knight. When he wrote an early essay on the ethics of the competitive order (Knight 1923), Knight concluded that competition was ethically indefensible except as a game. While his students were turning his economics into a toolkit for applied policy science, Knight was decrying the rise of “scientism” (it’s not clear whether he or Hayek used the term first) in economics. At the same time, he also decried the rise of “moralism”—the belief that we just had to get our ethical foundations right. When challenged on his rejection of natural law as the foundation for justice, he responded that natural law was the “last resting place of the bigot” (Knight 1949). And asked what Jesus’ Sermon on the Mount might say to us today, Knight responded that applying Jesus’ message to economic life in a market society would “wreck evil on the world.”

Knight was well-known for remarks of this kind, but he was also known as someone who trusted that economies organized through free markets would outperform other forms of economic organization. His little textbook, which was actually only four chapters excerpted from a longer manuscript, was aptly called The Economic Organization (Knight 2013). Reading the second chapter on “The Price System and the Economic Process,” one can understand how someone like Jim Buchanan could be won over by Knight from a soft socialism to an ardent appreciation for markets. Throughout his life, Knight argued first and foremost that an understanding of basic market principles was essential to all social and political discourse.

He also made two other arguments over and over again. (Knight often quoted Herbert Spencer: “only by varied iteration can alien conceptions be forced upon reluctant minds.”) First, uncertainty is a feature of the world we live in, not a bug. Knight’s background in German literature and philosophy meant he always saw the dark side. The belief that science can get us to certainty (scientism) is as flawed a belief as the belief that moral certainty is possible (moralism). But the fact that uncertainty plagues human existence does not mean that progress is impossible. It just means that there is no “one” answer. As he said in his American Economic Association Presidential address: the right principle is not to have no principles, but rather, to have lots of principles, and pull them out and see if they work.

In the absence of certainty from either science or morality, Knight argued, secondly, that discussion was essential. A favorite line of his in the latter part of his career was picked up and carried forward by Buchanan: “democracy is government by discussion.” Knight was less optimistic about “cheap talk” than Elinor Ostrom, but he believed democratic discussion accomplishes two tasks. The first is that it leads each of us to revisit our beliefs and values. In the process of discussion, adjustments are made both to what we think about the world, and to the values we hold. In some cases we are confronted by new knowledge or values that we have to accommodate; in other cases, we simply weight our existing knowledge and values differently after conversation with others.

The second thing discussion accomplishes is the coordination of people’s values and knowledge across a wider spectrum of options and configurations. In the first case, our beliefs and values change, and in the second, our actions change as we coordinate them with others. Nassem Taleb (2007), author of the very Knightian The Black Swan, argues that uncertainty requires us to have “skin in the game” in order to make profit. For Knight, discussion is the process of our putting “skin” in the political and social “game” of a democratic society. But, just as entrepreneurs always have to revisit their actions, so to do we as a democratic polity. Hence, nothing in democratic discussion is absolute; it is only, for here and now, a “relatively absolute absolute” (Buchanan 1989).

Knight’s answers were not always right. But he asked great questions. And, like most of us, he always welcomed a good debate; indeed, if not that, what else is liberty good for? That’s why anyone, including libertarians, should read him.

Nordquist, Gerald L. 2011. “A Conversation with Ethel Verry Knight.” Research in the History of Economic Thought and Methodology 29-B: 1–14.

Dr. Ross B. Emmett is Director of the Center for the Study of Economic Liberty at Arizona State University, and Professor of Political Economy in ASU’s School of Civic and Economic Thought and Leadership. His teaching deals with the central question of comparative economic governance: what is the relationship between basic economic institutions and their legal, cultural and political contexts? His research concerns both the history of how modern societies have answered that question, and how today’s answers affect liberty, innovation and entrepreneurship.

Emmett published Frank Knight and the Chicago School in the History of American Economics in 2009. He has edited five collections of material on the history of economics, including The Elgar Companion to the Chicago School of Economics (2010) and Great Bubbles (2000), an interdisciplinary examination of the financial crises of the 17th and 18th centuries.