We must overcome our political-cultural group affinities if we wish to see things as they are: the problem isn’t ultimately who controls the state, but the state itself. 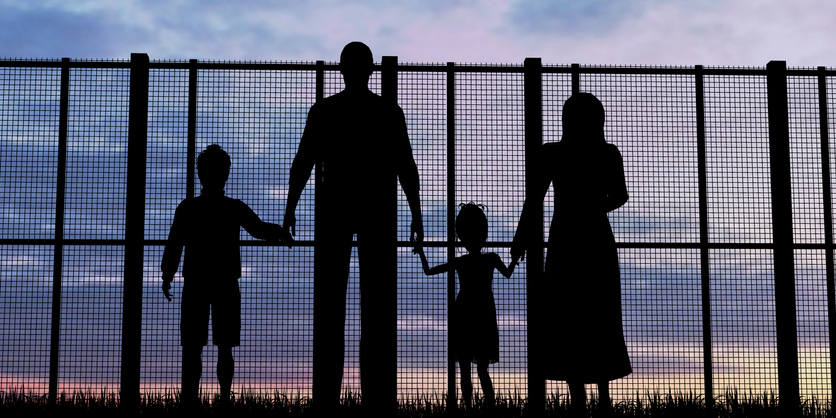 An attorney for the Trump administration grabbed headlines last month when she suggested that border detention facilities may be “safe and sanitary” despite their lack of, for example, soap and blankets. The government was in the United States Court of Appeals for the Ninth Circuit appealing a 2017 decision concluding that detention facilities had failed to provide adequate food, drinking water, sanitation, temperature control, and sleeping conditions, among other findings. Many of Trump’s opponents (and I should point out here that I count myself among them) want to make this another Trump story, that is, a story about Trump, his general excesses, his lack of concern for the Constitution and basic human rights, his bigotry. This story, though, is not about the Trump presidency, not really; it is about the fundamental character of politics and the state, their unchangeable cruelty and violence. The administration lawyer’s unconscionable arguments represent only the intellectual and moral rot, natural and unavoidable, generated by access to unaccountable power, by the ability to hurt, dominate, and control other human beings. It is thus important to observe at this juncture that the shameful human rights crisis at the border predates the Trump administration and transcends the absurd and superficial theater of partisanship. As Meagan Flynn’s Washington Post story points out, the conditions that were the subject of the federal government’s odious arguments last month arose well before Trump became president, the results of policies instituted under Barack Obama.

His good-guy-progressive brand notwithstanding, Obama was an immigration and border control hawk, holding the all-time single-year deportation record, with nearly 420,000 in 2012, causing an estimated 150,000 American-citizen children to have a parent deported. As Human Rights First notes, “For over a year, the Obama Administration pursued an aggressive policy of incarcerating thousands of families while also attempting to block their release on bond or parole.” Then-Homeland Security Secretary Jeh Johnson had extended the detention program, an action he continues to defend even as he admits that we have a “humanitarian crisis on our southern border.” In the summer of 2015, the U.S. District Court for the Central District of California determined that the Obama administration was in violation of the terms of a 1997 settlement that resulted from a class action lawsuit against U.S. Immigration and Customs Enforcement and U.S. Customs and Border Protection. The terms of the settlement provide that children must not be detained in prison-like facilities, that they be placed in the “least restrictive” possible setting, released to the custody of appropriate family members or guardians “without unnecessary delay.” The Obama administration’s violations, detailed at some length in the District Court’s 2015 order, included “holding children in secured, prison-like, unlicensed facilities,” ruled a violation notwithstanding the government’s contention that certain of the Flores Agreement’s provisions do not apply where children are being detained with their parents. The prison-like facilities holding detained children were frequently cold, overcrowded, and lacking in basic sanitation, floors often littered with used toilet paper and tissues, mothers sleeping in bathrooms with their babies in their arms.

If, once confronted with this record, one’s first reaction is to defend Obama at all costs, then her real interest is not in how certain normative principles square (or don’t) with the U.S. government’s immigration policy, but in being a dutiful partisan. It is, at a certain point, silly to pretend otherwise. After all, the individual in our example has, by jumping to Obama’s defense, declared what’s important to her: her team winning, regardless of the cost. Why even pretend to care about principles? The point is not to advance a case of “whataboutism” or excuse-making. Quite the opposite: there clearly is no excuse for the crimes of the Trump administration. Rather, the point is that we ought to be vigilant in watching and holding to account those who wield the enormous power of the state, careful to avoid the enticing pull of the partisan spell, the naive and unsophisticated hometown-fan notion that one’s own team, the “good team” as it were, would never engage in such crimes.

The state was founded upon rights violations and it remains committed in principle to such violations, defined by aggression and maintained by inequality—the inequality of power between the rulers and the ruled. Democracy, supposing the U.S. has the genuine article, does not and cannot change this fact, but only reshapes it, merely redefining the groups that rule and those that are ruled. As Benjamin R. Tucker explains, “Defense was an afterthought.” The state’s domination and monopolization of the provision of defense was necessary, for allowing others to arm themselves and engage in defensive activities on such a scale would threaten the state’s ability to exact tribute from its captives, its very raison d’être. And this would seem to stand to reason: if one assumes that incentives play a meaningful role in human relationships, then it just seems strange to believe that an institution defined by compulsion and control originated to serve the common good rather than to enrich, in Lysander Spooner’s words, a band of “brigands, bandits, and pirates.” To believe that the coercive government of some people by others was born of a good-faith social contract requires one to hold a fairly sunny view of human history. Partisanship distracts us, impairs our vision and judgment, making of us dupes and mouthpieces of cynical politicians and bureaucrats, hindering us from thinking in critical or principled ways. As we adopt and embrace political cynicism, every story or headline becomes an opportunity to defend one’s side or attack the other side. This is the wrong way to think about politics, which is fundamentally about the relationship not of one political party to another, but the relationship of political power, i.e. the state’s relationship to the individual. This is, in point of fact, the reason that the most avid political observers are actually worse at both accurately assessing the views of their perceived political adversaries and forming critical judgments about news stories that implicate their partisan loyalties. As Yascha Mounk recently pointed out in The Atlantic, a new study finds that “the best educated and most politically interested Americans are more likely to vilify their political adversaries than their less educated, less tuned-in peers.”

This new study is, not surprisingly, consistent with earlier findings that strongly “suggest that motivated reasoning is qualitatively distinct from reasoning when people do not have a strong emotional stake in the conclusions reached.” The political brain is the primitive brain, the part charged with generating automatic, emotional responses—our “system 1.” Human beings—not so good at cold, rational objectively to begin with—find it especially difficult to form unbiased judgments about people, organizations, and events in which we are emotionally invested and to which we are in some way attached. We engage in identity protective cognition, insulating these attachments from searching scrutiny or criticism. As Yale Law School’s Dan Kahan wrote in a 2010 article in Nature, “People endorse whichever position reinforces their connection to others with whom they share important commitments.” We might do well to keep this in mind when we’re discussing (trying to discuss, perhaps) politics with friends and family. They’re not setting out to be irrational jerks; they’re just trying, from a misplaced sense of obligation or loyalty, to defend group identities that have become important to them—to their happiness and to the way they think about the world. As Gallup survey results demonstrate, partisans tend overwhelmingly to regard government as an immediate threat to citizens only when the opposition party is in power, satisfied when their own team is winning that government is doing what’s right for the common good. The visualization of these results is striking, the two partisan teams swapping their answers to the question posed (“Do you think the federal government poses an immediate threat to the rights and freedoms of ordinary citizens, or not?”) when the party inside the White House changes. If until this point we have considered why and how partisan political affiliations corrupt our ability to think critically, these Gallup results point to the importance or implications of this corruption: the two teams should continue to see the threat in government power regardless of who wins elections, for as our immigration example shows, the actual policy changes are never as deep as partisans suppose. Indeed, they are quite superficial.