Individual rights provide moral protection for individuals against unchosen and characteristically harmful incursions carried out by other individuals or groups. Rights are normative signposts that tell us that such incursions are morally impermissible, that groups or individuals that engage in such incursions act wrongfully, and that such wrongful incursions may rightfully be suppressed. Individual rights are often described as moral fences or boundaries. An individual’s rights specify the domain over which he rightfully exercises control; if others intrude on that domain, they trespass on him. As John Locke put it in Two Treatises of Government, rights allow individuals “to order their actions, and dispose of their possessions and persons, as they think fit … without asking leave, or depending upon the will of any other man.” Morally speaking, individual rights divide the world—including, most fundamentally, the world of persons—into “mine and thine.” Indeed, libertarian doctrines of individual rights are often cast in terms of a fundamental right of self‐​ownership. However, libertarian theories of individual rights also affirm individual rights to extrapersonal objects (e.g., to acorns, tractors, and software). Individual property rights radically expand the domains in which individuals may act as they see fit; without rights to extrapersonal objects, the outer boundaries of those domains would be the outer surfaces of our bodies. Individual rights—including property rights—protect persons in the private pursuit of their own preferred ends. They protect each individual’s freedom to pursue his own conception of the good against all individuals and groups that might propose to subordinate the individual or his resources to another’s purpose.

If an individual possesses some right against another moral agent, the second person is morally required to constrain his action toward the first in certain ways. For instance, if we possess a right to life, then others are morally required not to threaten or destroy it. On most accounts of rights, because we may demand that others act in accordance with our right, we may enforce our rights against others or we may authorize some third party to enforce those rights. Thus, part of what is distinctive about this dimension of morality is that it is legitimately enforceable. Rights are the heavy artillery of moral discourse. If I have a right to someone else’s acting in a certain way, it is not merely praiseworthy that that person act in that way; morally speaking, he must act and may be made to act in accordance with my rights.

The fact that rights are morally demanding also may be appreciated by noting that, in general, rights and obligations are correlative. That means that, in general, if I have some right against you, then you have a corresponding obligation to me. If I have a right against you that you not take my life, then you have an obligation toward me not to take my life. Your forbearing to take my life is not merely praiseworthy; it is obligatory and properly subject to being enforced. However, to say that rights and the obligations correlative to those rights constitute the enforceable dimension of morality is hardly to say that that is the only dimension of morality. Indeed, a great part of the point and value of a regime of enforced individual rights is that it frees people to act on their broader moral understanding of what is good and virtuous and what is bad and vicious.

Because rights are the heavy artillery of moral discourse, rational fear of bombardment counsels us to be highly selective in which assertions of rights we accept. A too‐​ready acceptance of alleged rights leads to an oppressive list of enforceable obligations. As the list of others’ rights grows, each of us is subject to a growing burden made up of the obligations correlative to those rights; correspondingly, the ability of rights to be protective of individual choice dissolves. Moreover, as the list of rights grows, so too does the legitimate role of political and legal institutions, and the libertarian case for radically limiting the scope and power of such institutions withers away. Libertarian theories of rights avoid generating an oppressive list of obligations through the employment of two crucial distinctions—the distinction between negative and positive rights and the distinction between general and special rights.

If an individual possesses a negative right against others, then others are merely required not to act in a certain way with respect to the rights holder. In contrast, if an individual possesses a positive right against others, then they are required to perform some action with respect to the rights holder. For instance, my right to life construed as a negative right is tantamount to a right not to have my life destroyed or threatened. All that an individual’s negative rights can require of other people is that they leave that individual alone—that they leave him to the peaceful enjoyment of what is legitimately his. In contrast, my right to life construed as a positive right entails that I have a right to be provided with life (i.e., to be provided with the necessities of life). If I have positive rights against another, then his merely leaving me alone violates my rights.

General rights are rights that every individual has against every other individual. Those rights have often been referred to as natural rights or human rights because individuals possess them on the basis of some common natural feature of human existence (e.g., on the basis of the ultimate separate importance of each person and each person’s life). The right of self‐​ownership and the right not to have one’s life taken are examples of general rights. In contrast, special rights are rights that specific individuals possess on the basis of particular actions performed by other individuals—individuals who, through their particular actions, have incurred special rights‐​correlative obligations. For example, I may possess a right against another that he deliver a copy of this encyclopedia to me, and I may possess that right on the basis of his having contracted to deliver this tome. This right is specific—conferred on me alone and not on anyone else. Contract is only the most obvious type of action by which one person may confer a special right on another. A person also might, for instance, have conferred a right on me to be provided with a copy of the encyclopedia by way of the other person having destroyed my previously purchased copy.

Libertarian theorists hold that all general rights are negative rights. For all persons, the initial baseline rights and obligations are negative. We are, so to speak, each born free—morally free to do with our lives as we see fit, subject to the negative constraint that we leave others equally free to do with their lives as they see fit. That is to say that all individuals are born to full self‐​ownership, to self‐​sovereignty; no individual is born to servitude to others. Although each person is born to a negative obligation to leave others in the peaceful enjoyment of their persons and their own property, that baseline obligation is not oppressive. For fulfilling that general negative obligation leaves one entirely free to dispose of oneself and one’s own property as one sees fit. Moreover, for each person, all others being subject to that negative constraint is essential to his own moral freedom, to his own right to do as he sees fit. Rights to a particular property (aside from property in one’s own body) are obviously not general rights; no one is born to any particular rights to extrapersonal objects. Still, property rights—like general rights—are negative rights. In the absence of special complications, one’s property rights only impose on others the duty not to trespass and to leave one free to do as one sees fit with oneself and one’s own property. Moreover, for each person, the fact that others are bound to respect one’s property rights is essential to one’s own freedom to do as he sees fit with his person and property. Negative rights are nonoppressive.

All general rights (and property rights) are negative rights. Yet this scenario is not a recipe for a world in which all or even most individuals retreat behind their right to be left alone. For the right to be left to the peaceful enjoyment of oneself and one’s own is the right to choose which socioeconomic relationships one will enter. Recognition and protection of everyone’s baseline negative rights induce the formation of relationships that individuals willingly enter on the basis of their perception of the value of those relationships. The recognition and protection of the positive rights and obligations that arise within those voluntary relationships sustain and advance the complex and mutually beneficial social order that emerges from respect for individual rights. It is that complex and advantageous social order, not merely the right to be left alone, that the doctrine of individual rights serves. 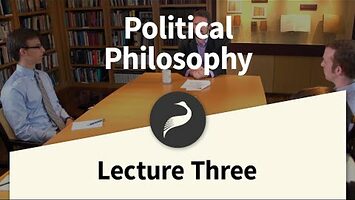 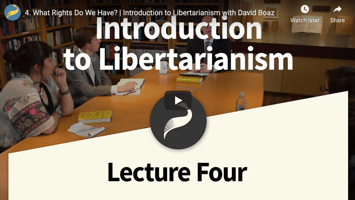 What Rights Do We Have? 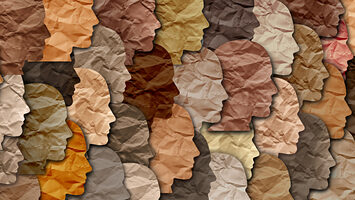 What Are Negative and Positive Liberty? And Why Does It Matter?

END_OF_DOCUMENT_TOKEN_TO_BE_REPLACED

Everybody Got to Elevate from the Norm: The Enduring Appeal of Neil Peart and Rush

Remembering an “extraordinarily earnest” musician who believed in striving for excellence.

“[S]chools don’t really teach anything except how to obey orders.”

The Historical Context of the Third Amendment

The quartering of soldiers on private property was a real, pressing threat to liberty when the Bill of Rights was drafted.

Libertarianism is, fundamentally, an other‐​regarding philosophy that emphasizes our obligations to refrain from dominating others and from imposing our vision of the good life on them.

Sidney Parker, Egoist: Against All Systems

Sidney Parker’s thoroughgoing Stirnerite individualism set him outside and against all political and moral ideologies.

Feminism Does Not Demand Collectivism

Libertarian feminists offer a thoroughly individualist version of feminist thought rather than the common collectivist understanding.

The Functions of the State

In pursuit of understanding what the state may legitimately do, Donisthorpe explains what modern states actually do.

The Structure of the State

Donisthorpe stakes his claim for democracy, both the general trend of history and the first step to a more individualistic world.

A new book from Eric Posner and E. Glen Weyl avoids many mistakes commonly seen in modern arguments, only to resurrect other, long‐​buried, errors.

Who Governs Whom, and How

Setting the tone for the rest of his book, our author argues that complex societies require innumerable interlocking and overlapping local institutions.

Surveying the history of states from the fall of Rome to modern Britain, Donisthorpe introduces his plea for “Integration with Decentralization.”

The Germ of the State

Donisthorpe begins this important contribution to trans‐​Atlantic libertarianism by investigating the claim that the state is an organism.

After Nestor: Karl Marx as Friend and Foe

Reflecting on the death of Karl Marx, Tucker proclaims his high regard for Marx-as-Egalitarian…and his disgust for Marx‐​as‐​Authoritarian.

END_OF_DOCUMENT_TOKEN_TO_BE_REPLACED

I've Already Been Punished Once

Freethought and Freedom: The Christian Theory of Property

Freethought and Freedom: A Critique of Spinoza

The Radical Notion of Individualism

END_OF_DOCUMENT_TOKEN_TO_BE_REPLACED

The Dignity of the Individual

What Rights Do We Have?

Stealing from the Poor to Give to the Rich: An Anti-Robin Hood Story

The Power of Property Rights

The Trail of Tears: They Knew It Was Wrong

Liberty and Community: Marx and Smith on Commercial Societies

Rawls and Nozick on Liberty & Equality

Property Rights in the 21st Century