Socialism is traditionally considered a political‐​economic system that aspires to replace the institutions of a market capitalist economy with social ownership of the means of production, comprehensive economic planning, and an egalitarian distribution of wealth. Nineteenth‐​century debates over socialism focused on the issue of whether a socialist system should be instituted through reforms or revolution. A second controversy centered on whether the political mechanism that effected these changes should be decentralized or centralized. The Marxist position favored revolution and centralization and became dominant in certain parts of Europe and Asia by the 20th century, whereas most of the world adopted a nonrevolutionary brand of socialism. The Austrian School criticism of socialism from the 1920s to the 1940s, combined with the experiences of socialist regimes during the course of the 20th century, encouraged a whole series of offshoots from the traditional vision as conceived by socialism’s early proponents. These offshoots took the form of market socialism, participatory socialism, libertarian socialism, anarcho‐​communism, and vague modifications on welfare statism.

To the extent that socialism aspires toward social ownership and comprehensive planning, it faces a fatal epistemological flaw, articulated most clearly by Mises in 1920. By destroying private ownership of the means of production, and therefore eliminating the markets for those means of production, the socialist economy abolishes the prices of capital goods, which are the measures of their relative scarcity. But by doing so, the knowledge about relative values and alternative economic uses of scarce capital goods also is unwittingly destroyed. Without this information, as Mises keenly observed, the central planning board would have no basis on which to engage in rational economic calculation. Even if the planners strove to serve the public interest, they would be left in the dark over how to best serve those interests. Although they might be awash in technical data and information regarding current availability of resources, planners would have no criteria to calculate the benefits and opportunity costs of alternative plans of action. They would find it impossible, in practice, to devise a coordinated set of production, consumption, and distribution plans that would match the levels of wealth and complexity generated by market economies.

Mises’s conclusions led to the great socialist calculation debate of the 1930s and 1940s, between Austrian School economists and proponents of market socialism, discussed in great detail by Steele and Lavoie. Market socialism, exemplified by the 1936 work of Oskar Lange, conceded to the Austrians that markets are necessary—advanced economies cannot coordinate millions of independent plans without the information signals generated by market prices—which encouraged Lange and his followers to devise abstract economic models that combined social ownership of the means of production with what amounted to capitalist‐​like markets for consumer goods. Informed alone by these consumer goods prices, Lange believed, central economic planners would possess the kind of knowledge necessary to calculate the values of all the scarce resources and capital goods needed to produce consumer goods and services. He, and market socialists in general, failed to understand, however, that the prices of consumer goods are like the tip of a huge iceberg. Possessing these data provides almost no relevant information regarding what is unseen below the surface. The problem of economic calculation focuses on coordinating the rest of the capital structure that lies below the surface, the structure that supports the production of consumer goods and services. Trapped in an overly formal and empirically empty model of markets and equilibrium prices, market socialists failed to understand the brunt of the Austrian case against socialism; effective coordination requires not merely markets for consumer goods, but markets for all the means used to produce consumer goods. However, markets for the means of production can only come about with private property rights to capital goods, something that socialism had consistently fought to destroy since it treads too close to capitalism.

Not only had market socialists failed to appreciate the Austrian argument, but the bulk of the economics profession, while not praising market socialism, felt that Lange provided at least a theoretically satisfying answer to Mises’s critique, and that the socialist calculation debate had finally been settled in socialism’s favor. Only after the collapse of existing socialist regimes in the late 1980s and early 1990s has the economics profession begun to appreciate the conclusions arrived at by Austrian economists more than half a century earlier. Private ownership and markets for the means of production are a necessary element of advanced society.

Despite the stunning collapse of the socialist regimes in the East, new and quite divergent visions of socialism—alternatives to both central planning of the Soviet variety and market socialism of the Langean variety—have gained rapid currency among the radical left. Michael Albert and Robin Hahnel, for example, have championed a decentralized, council‐​based model of socialism. Although their notion of participatory socialism purports to have solved all the problems and contradictions of centrally planned and market‐​based socialism, Albert and Hahnel ignore the calculation problem and fail to answer the charge raised by Mises in 1920.

Of similar influence is the work of Murray Bookchin, who is the anarcho‐​communists’ answer to Mises’s anarcho‐​capitalist student, Murray Rothbard. Arguably the most important left‐​wing anarchist since Kropotkin, Bookchin’s anarcho‐​communist visions of libertarian municipalism and social ecology have enjoyed remarkable growth among a younger generation of anarchists, radical environmentalists, and socialists, evidenced, among others, by the work of David Goodway’s Anarchist Research Group. Not only is the work of Bookchin and his disciples totally ignorant of the socialist calculation debate, but Bookchin, like Marx, dogmatically denies that economics has any valid claims regarding the organization of society.

Most people who still embrace socialism, however, have turned to the modern welfare state almost by default. Some people, such as Joseph Stiglitz and Hilary Wainwright, have given serious consideration to the criticisms of socialism raised by Mises, Hayek, and the younger generation of Austrian School economists. They have capitulated to the necessity of private property and markets in the means of production, but call for a greater role of the welfare‐​regulatory state in correcting what they consider inherent failures in the incentive structures and the knowledge‐​disseminating properties of a free‐​market system.

The collapse of socialism in eastern Europe has surely reinvigorated much theoretical speculation over alternative models to traditional socialism. More concretely, it also has raised the problem of economic transition toward a market economy. Although libertarians and classical liberals have a general understanding of the institutions of a free society, they have engaged in a lengthy debate over the specific kinds of reforms needed and the speed at which these reforms should be introduced in the postcommunist countries.

Some people, such as Boettke, have argued for a shock therapy approach that calls for a rapid dismantling of the state bureaucracy and regulations and a swift conversion of state property into private property. This approach should be accompanied by a credible move to a legal constitutional framework that encourages the development and enforcement of private property rights and free trade among the means of production. The metaphor of a dope addict has been used to illustrate the transition problems under socialism: Cold turkey is the most effective route to a heroin addict’s recovery, as painful as it is, rather than a gradual withdrawal over time. So, too, it is maintained, the dependents of the crumbling socialist societies should be brought into a market capitalist system as rapidly as possible. Gradual reform provides too many incentives to bring the state back in.

Gradualists such as Svetozar Pejovich respond that, although we in the West might know what the “right” institutions that comprise a free society are, we do not know exactly what the citizens of the eastern European nations want. They appear fiercely loyal to destructive nationalist sentiments and often regard institutions introduced by state fiat as illegitimate. Therefore, it may take a great deal of time before radical institutional change works to bridge the gap between a new political‐​economic order and its legitimacy.

Socialism, in its traditional dimensions, is an abject failure. The collapse of socialism does not necessarily imply that free‐​market capitalism will win by default. Markets, profit and loss, entrepreneurship, and competition are indeed necessary features of advanced societies. But these institutions require trust and legitimacy to function. Furthermore, market institutions are quite capable of supporting a parasitic welfare‐​regulatory state. However, the utter collapse of socialism as an economic system accounts for the fact that the bulk of socialist thought in our postcommunist era has finally acknowledged the necessity of basic market institutions. 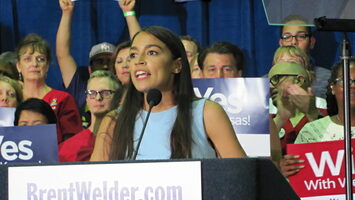 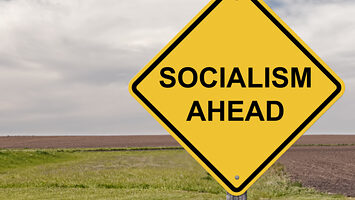 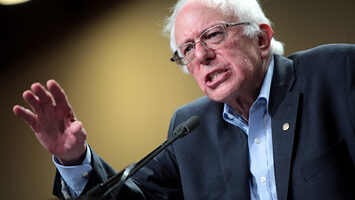 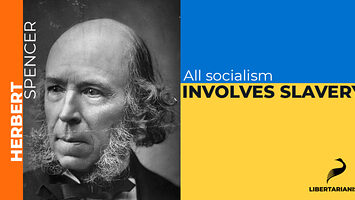 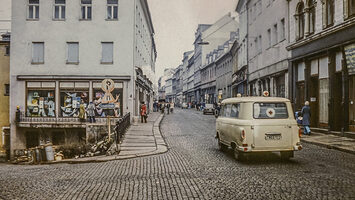 END_OF_DOCUMENT_TOKEN_TO_BE_REPLACED

Who Are the Radicals: Libertarians or Socialists?

The socialists, who would further regiment human social relations, are reactionaries; libertarians are the radicals.

A Review of Posner and Weyl’s Radical Markets

A new book from Eric Posner and E. Glen Weyl avoids many mistakes commonly seen in modern arguments, only to resurrect other, long‐​buried, errors.

Because fascists have evil ends in mind, their malevolence is obvious. For socialists however, their ill intent is more insidious.

Democratic socialism isn’t the same as autocratic communism, but there are problems with socialism that democracy can’t solve.

Smith explains how George Fitzhugh defended slavery on the grounds that it provides an ideal system of socialism.

When the Diggers occupied St. George’s Hill, they stood on generations of leveller history protesting aristocratic enclosures of common lands.

After Nestor: Karl Marx as Friend and Foe

Reflecting on the death of Karl Marx, Tucker proclaims his high regard for Marx-as-Egalitarian…and his disgust for Marx‐​as‐​Authoritarian.

After Nestor: The Chicago Martyrs

Despite his initial reactions, Tucker settles in to sympathize with the “martyrs” convicted of and executed for the Haymarket Square bombing.

Advocates of “socialism” must express their support for a set of institutions, not a set of desired outcomes.

After Nestor: The Mother of Violence

After surveying a string of possible arsons (by communists, for insurance fraud) and the Haymarket Square bombing, Tucker advises against all violence.

Tucker advised anarchists to stay away from both ballot boxes and cartridge boxes. Using force only ever causes more trouble and weakens liberty.

From withdrawing every sort of tax revenue to trans‐​Atlantic reform associations, Tucker argues that ‘passive resistance’ can kill the state.

After Nestor: True Communism is in the Grave

Tucker’s affinity for (stateless) socialism did not make the leap to property‐​less communism, a situation waiting for us all in death.

Tucker attempts to convince his individualist contemporaries that not all Socialism is State Socialism.

END_OF_DOCUMENT_TOKEN_TO_BE_REPLACED

The Ethics of Capitalism

Capitalism and its Critics

Why Do Intellectuals Oppose Capitalism?

The End of Socialism

END_OF_DOCUMENT_TOKEN_TO_BE_REPLACED

Did Markets Fail in Post‐​Soviet Economies?

Rawls and Nozick on Liberty & Equality

The Road to Serfdom

Bill Evers: How to Convince a Socialist

Reclaiming the Levellers from Socialism

The Failure of Central Planning