Above the entrance to the headquarters of the Internal Revenue Service on Constitution Avenue is chiseled this quotation from Oliver Wendell Holmes: “Taxation is the price we pay for civilization.” It is easy enough to see why government officials would want to put that quotation on display because it counsels people to be pleased with the taxes they pay. It is not so easy, however, to determine the accuracy or moral force of the sentiment expressed there. Taxation represents the replacement of the handshakes of commerce with the threat of force as an instrument for human governance. Although some libertarians think this threat is unnecessary to human governance, others think some modest use, although unfortunate, is unavoidable. This second position makes taxation a form of Faustian bargain: Some modest use of force is thought necessary to promote peaceful social order, but mere possession of the power to employ force will almost inevitably expand its use beyond its necessary limits.

In their treatise A History of Taxation and Public Expenditure in the Western World, Carolyn Webber and Aaron Wildavsky observe that all political cultures are uneasy mixtures of individualist and collectivist sentiments and orientations. In individualist cultures, human relationships are governed primarily by principles rooted in private property and freedom of contract. In collectivist cultures, contractual governance becomes rooted in common or collective property. Taxation is an instrument in a continuing war over how human relationships are to be constituted. As taxation recedes, handshakes and promises become more prominent in human governance. As taxation expands, duress, threats, and force take on greater significance.

Some taxation is almost surely necessary to secure an economic order grounded in private property, and such taxation would be likely to command close to universal support. Actual levels of taxation, however, are surely significantly higher than whatever this minimal level might be. The primary line of justification that has been advanced for the power to tax is the problem of free ridership. If taxes were replaced by voluntary contributions, it would be impossible for anyone to claim that the state was involved in expropriating private property. At the same time, it is argued, people would have strong incentives to take free rides on the contributions of others. As a result, services such as civil order and national security, which we all value, are likely to be underfunded.

Thus, taxation represents a type of forced exchange, as Richard Epstein explains in Takings. This term might appear oxymoronic at first glance, but it conveys an important truth. Government, by its nature, is not limited to purely voluntary exchanges, and, as a consequence, the problem posed by free riding might make some modicum of taxation nearly universally acceptable. Under this idealized image of taxation, taxes should mirror the voluntary payments that people would have made were it not for free riding.

The difficulty, of course, is that there is no way to truly know what the pattern of those voluntary contributions would have been. In actual tax systems, forced carrying, whereby people pay to support activities they do not value, also is a significant feature. The principle of forced exchange treats taxation as a means of pricing state‐​supplied services to citizens. To speak of taxes as prices, however, also has its problematical side because this simile is easily corruptible. In some cases, the forced exchanges that taxation makes possible might be beneficial to all. But in other cases, taxation will be used as an instrument for the deprivation and abridgement of property. The dark side of the Faustian bargain is that the power to tax also can be used to expropriate property, which would never occur with truly voluntary contributions. Among three adjoining neighbors, two might steal asparagus from a patch owned by the third. Should the three neighbors comprise a government and the majority support a tax on asparagus, what otherwise would have been theft will have been converted into tax policy. The best tax, after all, is always one that someone else pays, and governments offer plenty of scope to do just this.

The central feature that enables government to abridge property rights through taxation is its ability to practice tax discrimination. Consider a state that possesses an unlimited power to tax, compared with one whose power to tax is limited by a constitutional requirement of generality or nondiscrimination in taxation. If all income is taxed at, say, 10%, there is no scope for government to discriminate among taxpayers by their sources or uses of income, or by any other personal characteristic. The range of political controversy regarding taxation is limited to its rate alone.

The opportunity to practice political price discrimination greatly expands the scope for venality in politics. The possession of an unlimited power to tax increases the value of holding political office for two reasons, both of which are politically related to bribery and extortion. Economists call the political cousin to bribery rent seeking. If tax discrimination is a permissible outcome of tax legislation, interest groups will seek to secure favorable tax treatment. These policies will take the form of exemptions, deductions, or exclusions from the tax base, the consequences of which are to generate higher rates of tax applied to a narrower base. Should legislators be able to tax discriminate, it seems clear that there will be a market for tax legislation in which interest groups lobby for particularly desired tax provisions.

Economists label the political cousin to extortion rent extraction. Rent extraction is manifested in threats to tax should the tax target not respond to the demands of the threatening politician. A possible change in a tax provision can be announced and a hearing scheduled, only later to be canceled if sufficient opposition materializes, with opposition being signified by such things as campaign contributions. In this case, money is being paid for nothing but a continuation of the present tax status. In contrast, with rent seeking, money is being paid to secure some change in tax status.

A central tenet of democratic ideology is the belief that taxation is something we do to ourselves for our common benefit. Thus, it becomes reasonable to speak of taxing ourselves, in contrast to speaking of the victors as taxing the vanquished. The principle of generality in taxation, however, leads naturally to support for broad‐​based taxation. Although broad‐​based taxation would not eliminate all possible claims of tax discrimination, it would severely restrict the practice. A broad‐​based tax on income, where the entire base is taxed at the same rate, would conform to reasonable notions of generality in taxation. There would be no scope for one’s political position to influence one’s tax liability. The same rate of tax would apply to everyone, and each person’s tax liability would simply depend on his own income or consumption, in conjunction with the tax rate that was enacted through the political process.

Broad‐​based, nondiscriminatory taxation impedes efforts to use taxation to reward or punish certain forms of activity. The principle of nondiscrimination is based on the notion that the state is neutral to all kinds of activities. Yet a great deal of tax legislation rewards or punishes specific forms of activity. Once a government acquires the power to reward or punish particular types of activity, the principle of broad‐​based, nondiscriminatory taxation quickly evaporates under the heat of politics. The result is an unlimited power to tax, where the only limit on the reach of the tax collector is the pragmatic one of political pressure and votes.

Adams, Charles. For Good and Evil: The Impact of Taxes on the Course of Civilization. London: Madison Books, 1993.

Webber, Carolyn, and Aaron Wildavsky. A History of Taxation and Expenditure in the Western World. New York: Simon & Schuster, 1986. 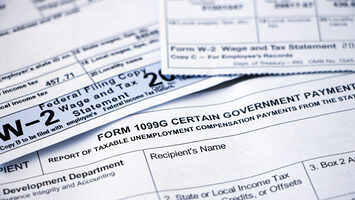 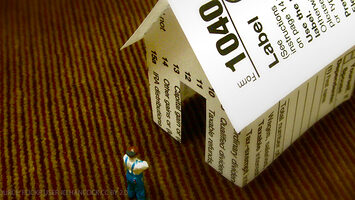 Taxation: How the Government Funds Itself 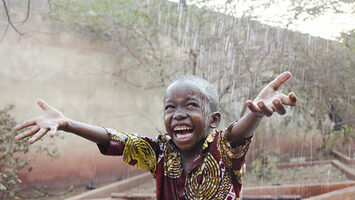 Are Taxes a Democratic Alternative to Charity?

END_OF_DOCUMENT_TOKEN_TO_BE_REPLACED

A Libertarian Vision for Poverty and Welfare

A libertarian world won’t eliminate all poverty, but it offers powerful tools for greatly reducing it, and improving the lives of the poorest and least privileged.

Cronyism: A Toxic Friendship between Business and Government

When the government’s rules favor incumbent firms at the expense of current and potential competitors, we all lose.

There is a distinct difference between the cost of things and the price of things. Cost influences price through changes in supply.

The principles of sound economic analysis shouldn’t be tossed out the window when they’re politically inconvenient.

America’s Middle Class Gets More Welfare Than the Poor

Programs for the poor are only a tiny portion of the U.S. welfare state.

No, the State Shouldn’t Pay Homemakers

Government stipends for homemakers are back in the news–but the case for such payments falls apart under scrutiny.

Hayek vs. Beveridge on the Welfare State: Reactions to Hayek

The Road to Serfdom arrived in the spotlight just as public opinion was turning against the New Deal.

Hayek vs. Beveridge on the Welfare State: Reactions to Beveridge

Hayek vs. Beveridge on the Welfare State: In Dialogue

Beveridge’s and Hayek’s dispute over expert control of economic and social policy was a manifestation of a much deeper disagreement, known as the “Knowledge Problem”.

Hayek vs. Beveridge on the Welfare State: Beveridge’s Social Insurance and Allied Services

A Libertarian Perspective on the Modern American Welfare State

The American welfare state is expensive, of limited efficacy, and crowds out better options for alleviating poverty.

Are Taxes a Democratic Alternative to Charity?

Progressives provide confused narratives about taxation, justice, and the popular will because they misunderstand what the democratic state is.

Advocates of “socialism” must express their support for a set of institutions, not a set of desired outcomes.

END_OF_DOCUMENT_TOKEN_TO_BE_REPLACED

Who Wants to Retire a Millionaire?

Why is Rent so Damn High?

Why Being Poor is Expensive (with Ryan Bourne)

Bringing Wealth to the Poor (with Michael Tanner)

Can we ever downsize government? (with Chris Edwards)

Freethought and Freedom: Jean Meslier and the Catholic Church

How the Federal Reserve Works

How the Powerful Captured the Economy

END_OF_DOCUMENT_TOKEN_TO_BE_REPLACED

Stealing from the Poor to Give to the Rich: An Anti‐​Robin Hood Story

How to Fight Global Poverty

Combating Global Poverty with a Cup of Coffee

Debate: Is There Too Much Inequality in America?

Is There Income Mobility in America?

How Raising Taxes Will Not Balance the Budget: More Evidence

Will Taxing the Rich Fix the Deficit?

Does Government Have a Revenue or Spending Problem?