Continuing his review of Gray’s Seven Types of Atheism, Smith explains how Gray greatly exaggerates Nietzsche’s influence on Rand, and he criticizes Gray’s misstatements about Rand’s notion of sacrifice. 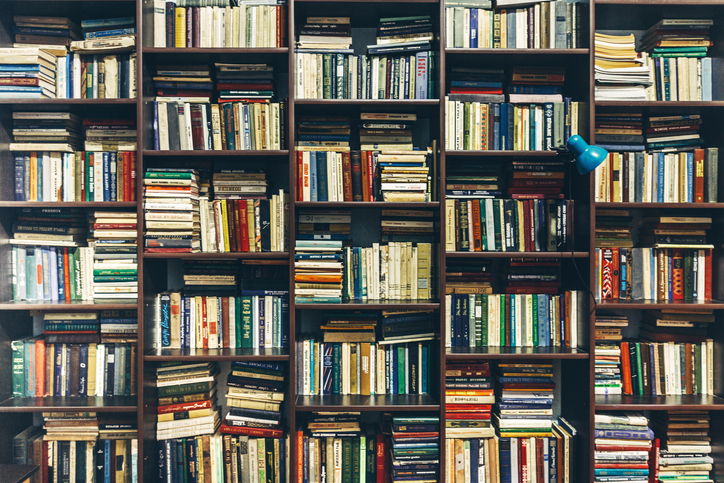 If you believe that Elvis is alive, you will find sightings of him everywhere. John Gray (in Seven Types of Atheism) believes that Friedrich Nietzsche’s ideas pervade Ayn Rand’s writings, early and late, and he finds sightings of them everywhere.

There is nothing new about this, of course. For decades writers and scholars have speculated on the relationship between Rand and Nietzsche, and Objectivist scholars have written a fair amount on the topic. (For example, see the written seminar, sponsored by the Atlas Society, 2011, here.) Conclusions differ somewhat, but no investigator denies Nietzsche’s influence on the young Ayn Rand, before she developed her own philosophy in detail. In personal notes taken during the 1920s (while Rand was in her twenties), she mentions Nietzsche numerous times, she quotes him occasionally, and she even uses the Nietzschean notion of Übermensch, which is usually translated into English as “Superman.”

Most scholars who have investigated this matter have agreed with the view expressed by Barbara Branden in “A Biographical Essay” (in Who is Ayn Rand? [1962]). This was an authorized biography—Branden based it on taped interviews with Rand—so there can be no doubt that Rand read and approved of Branden’s treatment. According to Branden, Rand was attracted to Thus Spake Zarathustra because “Nietzsche revered the heroic in man, because he defended individualism and despised altruism, [so] she thought she had found a spiritual ally.” But Rand “was made uneasy by the implication that a great man would seek power, not over nature, but over other men; to rule, she thought, was an unworthy occupation for a hero; a hero would not degrade himself by spending his life enslaving others.”

Rand’s hope for Nietzsche turned to disappointment upon reading The Birth of Tragedy, which contains “an open denunciation of reason.” Thereafter Rand realized that she differed fundamentally from Nietzsche. They were “philosophical opposites,” and the only value she could hope to gain by reading Nietzsche further would be “partial and selective.”

Rand discussed her opinion of Nietzsche in the Introduction to the Twenty-Fifth Anniversary Edition of The Fountainhead (1968). She explained that she originally included a quotation from Nietzsche in the manuscript of The Fountainhead, but decided not to include it in the final, published version. She feared she would be misunderstood, because some readers would take the epigraph as indicating that she agreed with Nietzsche more than she actually did. Her disagreements, however, were “profound.”

I removed it, because of my profound disagreement with the philosophy of its author, Friedrich Nietzsche. Philosophically, Nietzsche is a mystic and an irrationalist. His metaphysics consists of a somewhat “Byronic” and mystically “malevolent” universe; his epistemology subordinates reason to “will,” or feeling or instinct or blood or innate virtues of character. But, as a poet, he projects at times (not consistently) a magnificent feeling for man’s greatness, expressed in emotional, not intellectual terms.

After Rand explained and clarified her position, she had no problem quoting the passage from Nietzsche that she had previously deleted. This passage is from Beyond Good and Evil:

It is not the works, but the belief which is here decisive and determines the order of rank—to employ once more an old religious formula with a new and deeper meaning,— it is some fundamental certainty which a noble soul has about itself, something which is not to be sought, is not to be found, and perhaps, also, is not to be lost.—The noble soul has reverence for itself.—

Rand did not endorse the literal meaning of this passage, mainly because it implied a psychological determinism that she did not accept. But if one understands that basic premises are acquired rather than innate, then “that quotation communicates the inner state of an exalted self-esteem—and sums up the emotional consequences for which The Fountainhead provides the rational, philosophical base.”

Nothing in what I have said so far should come as a surprise to John Gray. He understands that Rand repudiated Nietzsche: “Condemning his philosophy as a betrayal of reason, Rand disavowed Nietzsche entirely.” But Gray sees through her shallow tactics, asserting that “there can be no doubt that a version of [Nietzsche’s] ideas shaped her way thinking.”

Now, with due respect for Gray’s superior insight, I must question his claim that there can be “no doubt” about his allegation that Nietzsche influenced Rand more than she was willing to concede. What, exactly, was this influence? For one thing, according to Gray, “In Rand’s work Nietzsche defence of aristocratic individualism became an apology for laissez-faire capitalism. The Übermensch reappeared as an indignant businessman grumbling about high taxes.”

It’s a good thing that we have John Gray’s testimony for this astonishing claim, because that is all we have. Never mind that Rand admired heroic fiction long before she ever read Nietzsche. Never mind that she regarded a portrayal of the ideal man to be a basic goal of her fiction writing. Never mind the substantial differences between John Galt and Nietzsche’s Superman. Never mind that Aristotle’s magnanimous man could just as easily qualify as a prototype for John Galt.

I doubt if Gray has ever read Rand very carefully. Those who think I am being unkind to Gray without cause should ponder the following passage.

Here—and in a less overt form, throughout Rand’s writings—a violent rejection of the sacrificial ethics of Christianity is combined with a willingness to sacrifice human lives for the sake of a few self-styled superior individuals.

Granted, Rand repudiated Christian ethics, but where on God’s Green Earth did Gray get the idea that Rand supported the “sacrifice [of] human lives” for the sake of supposedly superior individuals? The only passage quoted by Gray to support this claim is from the first edition of We the Living (1936), where Kira tells Victor, a dedicated communist:

I loathe your ideals. I admire your methods. If one believes one is right, one shouldn’t wait to convince millions of fools, one just might as well….What are your masses but mud to be ground under foot, fuel to be burned for those who deserve it? What is the people but millions of puny, shriveled, helpless souls, that have no thoughts of their own, no dreams of their own, no will of their own, who eat and sleep and chew helplessly the words put into their mildewed brains.

Rand changed this passage when We the Living was reissued in 1959. The revised passage still exhibits contempt for the masses, but Rand took out the references to the use of force. The revised passage ends: “I loathe your ideals because I know no worse injustice than the giving of the undeserved. Because men are not equal in ability and one can’t treat them as if they were.”

In her introduction to the 1959 edition, Rand wrote:

I have changed only the most awkward or confusing lapses of this kind. I have reworded the sentences and clarified their meaning without changing their content. I have not added or eliminated anything to or from the content of the novel. I have cut out some sentences and a few paragraphs that were repetitious or so confusing in their implications that to clarify them would have necessitated lengthy additions. In brief, all the changes are merely editorial line-changes.

Gray does not accept Rand’s explanation; he calls it “disingenuous.” I first learned of the awkward passage in 1973, when Roy Childs obtained a copy of the first edition. Like Gray, I was skeptical of Rand’s explanation. I suspected that the original expressed Nietzsche’s early influence on Rand. It didn’t occur to me that Nietzsche never advocated or approved of mass murder, so that explanation is implausible. Although Rand may have understated the reason for the later change, I would not call it “disingenuous.” Rand said some problems were caused by her unfamiliarity with the English language, and it would have required “lengthy additions” to explain the especially “confusing” parts. The disputed passage probably belongs in that category. After all, in no other place in We the Living do we find remarks that would support Kira’s odd remarks. Here I agree with the following observations by Eyal Mozes:

There is nothing in these two paragraphs, in the rest of the book, or anywhere else in Rand’s early writings, to even hint at a concern for the pursuit of power; for the improvement of the species; for any of the goals essential to Nietzsche. As much as we torture the evidence, the most it might confess to is that the early Rand did not understand the harmony of men’s interests, and so saw sacrifice of others to oneself as a legitimate means to pursuing one’s happiness; even if this were true, it would still make her early philosophy different in all essentials from Nietzsche.

According to Gray, throughout Rand’s writing she defended the sacrifice of the inferior to the superior. This is the most outrageous and demonstrably false claim in his entire discussion of Rand. Throughout her writings, both fiction and nonfiction, Rand said precisely the opposite. For example:

The Objectivist ethics holds that human good does not require human sacrifices and cannot be achieved by the sacrifice of anyone to anyone.

Since all values have to be gained and/or kept by men’s actions, any breach between actor and beneficiary necessitates an injustice: the sacrifice of some men to others, of the actors to the nonactors, of the moral to the immoral. Nothing could ever justify such a breach, and no one ever has.

Moreover, in Rand’s theory, a true egoist would never want to sacrifice others for his own benefit. As she put it:

It would be unreasonable to demand that someone be an expert in Objectivism before he criticizes Ayn Rand. But a critic should at least be familiar with the fundamentals of her philosophy. John Gray fails miserably in this regard.