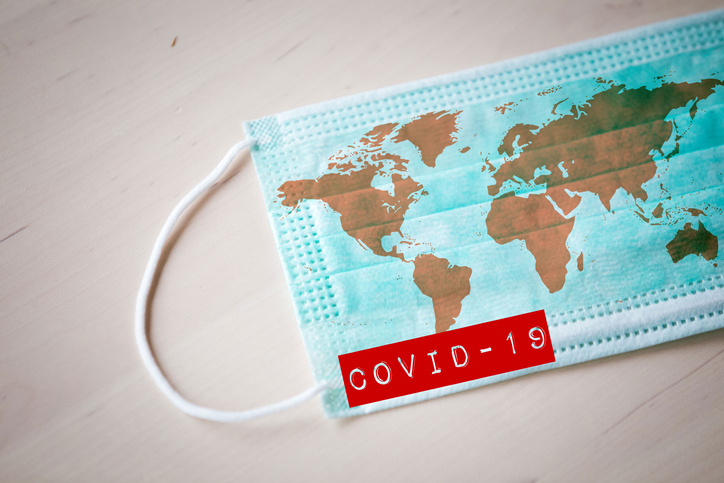 In recent days, there has been snark from some quarters about the current crisis somehow catching libertarians flat‐​footed. The argument goes that the need for a big government response disproves a political ideology that is often, though in somewhat oversimplified fashion, summarized as favoring “small government.” A better description would be a government limited in scope but sufficient to meet that scope.

Libertarianism, properly understood, encompasses certain core functions as the proper role of government. It is not the libertarian view that government should be ineffective at protecting individual rights or dysfunctionally paralyzed in the face of a massive threat to people’s lives. Government has a role to play in responding to the pandemic in much the same way it is the government’s job to prosecute murderers or defend the country from invasion.

At the same time, libertarian principles and insights can provide some guideposts for how to respond in this unprecedented global emergency.

One thing to keep in mind is that some limits on government power are even more crucial now. Emergency powers should be limited in duration and limited to directly addressing the present situation based on the facts as best we know them. Such policy responses shouldn’t be larded up with a pre‐​existing wish list of unrelated concerns. It is essential to preserve constitutional liberal democracy and resist excessive long‐​term concentration of power in the executive.

Social distancing measures should rely on voluntary compliance to the greatest degree possible, and most people have been voluntarily complying. Even when enforcement is necessary, simply breaking up gatherings without citation or prosecution is possible and preferable in many cases. A heavy‐​handed reliance on coercive enforcement might not only be unnecessary in some regards, it can also backfire by sparking protest non‐​compliance, and it might also be redundant to all the other measures already in place. With so much shut down, the only place most people have to go is to one of the essential businesses left open such as grocery stores. You don’t need to order people to stay home—except for the list of exceptions—if they already have almost nowhere to go that isn’t on that list of exceptions. For that reason, some states have so far rejected compulsory “stay at home” or “shelter in place” orders. There is no need to fuel further panic or distract police from their more important duties to worry about safe and benign activities like taking the family dog for a walk.

At the same time, many jurisdictions have moved to suspend petty arrests altogether, mostly for victimless crimes, in an effort to reduce jail populations. Also under consideration are proposals to release many of those individuals currently in jail awaiting trial for minor offenses. This is a welcome shift that should prompt us to reconsider the necessity of some of these laws, many of which have long been the target of libertarian ire.

Another insight comes from Nobel laureate, libertarian icon, and Cato Distinguished Senior Fellow, the late F. A. Hayek. In works such as The Constitution of Liberty, he wrote that good laws should be general, equal, and certain. That is a principle that is relevant even in something as far removed from the libertarian ideal as the emergency economic responses currently under consideration. Rather than targeted industry bailouts and micro‐​managed interventions, policy responses should be clear, simple, system‐​wide, and with a defined end date as soon as possible. Simple universal payments to individuals are also preferable to corporate bailouts. It is not feasible for the government to abruptly order massive shutdowns of so much economic activity without some kind of compensation, in much the same way we require just compensation for eminent domain. It is proper for the government to own the consequences of its orders and to soften the shock of this sudden disruption. But in doing so, it’s best to follow the KISS principle: Keep It Simple, Stupid.

Libertarian criticisms of bad regulations have proven especially prescient. A crucial government failure has been the FDA’s inflexible and heavy‐​handed bureaucracy, which has held up tests and prevented thousands of private and academic labs from quickly increasing testing capacity. For most of February, the FDA required everybody to rely solely on tests produced by the CDC and refused to grant permission to other labs. This proved to be catastrophically flawed when the first round of tests produced by the CDC didn’t work and had to be replaced. This failure is a large part of why America’s coronavirus testing response to date compares so unfavorably with South Korea’s.

Another example of a libertarian response to the pandemic has been the quick need to suspend many occupational licensing restrictions, such as by letting doctors practice interstate and upgrading the permissions of nurse practitioners and doctors’ assistants. Even mundane and trivial regulations of the sort that only libertarians would have worried about before have suddenly been cast aside. Two months ago, who would have thought it an urgent concern to suspend alcohol regulations so that restaurants can serve beverages to go for home delivery by rideshare drivers?

While we can welcome these wins, there is no doubt that we have also seen extreme impositions on personal freedom. Libertarians can find that loss especially painful. Even when these new rules are sadly necessary and justified by the facts, it is a cost we should carefully weigh as we eventually move to unwind restrictions and return to some kind of normalcy. In the name of saving lives from the immediate threat, governments around the world have suspended most international travel and heavily curtailed consumer freedoms and freedom of association. The acute loss of freedoms we’ve long taken for granted underscores how valuable they truly are. And some freedoms, like freedom of speech and the right to privacy, should remain sacrosanct and defended tenaciously even in the face of an emergency.

While much of the policy response so far has been in good faith (if often inept), the propensity for power grabs by authoritarian populists should not be discounted. Preserving the rule of law, checks and balances, and constitutional liberal democracy is essential. Elections should proceed on time and with whatever accommodations prove necessary. Legislatures and courts should be kept open for essential business, including by remote participation if necessary, and foundational constitutional structures should remain in place. We have no need of a dictator in the United States nor in other countries around the world.

And perhaps most importantly: emergency rules and powers should extend only for the duration of the emergency, and be repealed at the earliest feasible opportunity. We should be wary of the ratchet effect, where governments tend to retain powers and keep open programs long after their original justification has disappeared.

Freedom is precious, and in the grand sweep of human history it has often been fleeting and tenuous. Right now we are facing the greatest threat to a free and open society that most of us have ever witnessed, at least in the United States, if not in many other nations that have been through worse scourges of totalitarianism and major wars. So libertarians will continue as they always have, ready to defend the principles of human freedom at every turn.

This piece was originally published on the Cato Institute blog.