Despite what you may have heard, postmodernism is not a threat to a free society, and the two aren’t necessarily enemies. 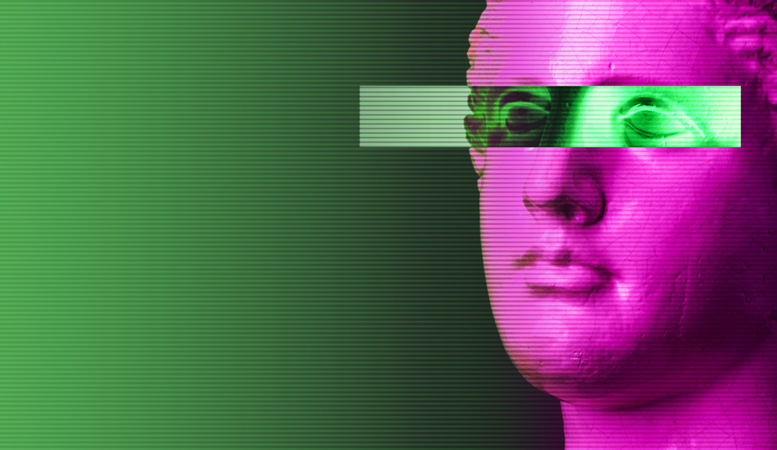 Let’s play a game. I will read you some quotations and you tell me whether you think the writer is a postmodernist or a libertarian.

I believe the great fantasy is the idea of a social body constituted by the universality of wills. Now the phenomenon of the social body is the effect not of a consensus but of the materiality of power operating on the very bodies of individuals.

This surely sounds like a libertarian. It is actually perhaps the most famous of the postmodernists, Michel Foucault.[1] Here, he is extending his theory about how power circulates in societies to ideas about how social bodies (such as nation states), more often than not, manufacture the appearance of a general will.

This is how it should be done: Lodge yourself on a stratum, experiment with the opportunities it offers, find an advantageous place on it, find potential movements of deterritorialization, possible lines of flight, experience them, produce flow conjunctions here and there, try out continuums of intensities segment by segment, have a small plot of land at all times.

Aside from some heady language, this also sounds pretty libertarian. It sounds almost like an idea from John Stuart Mill. Again, you’d be excused for the error, because it is really postmodern writers Gilles Deleuze and Felix Guattari[2] writing about how they believe society should be seen as an aggregate of people (and “flows”) traveling different paths together.

But the basic conclusion that the whole of civilization and all human values are the result of a long process of evolution in the course of which values, as the aims of human activity appeared, continue to change, seems inescapable in the light of our present knowledge. We are probably also entitled to conclude that our present values exist only as the elements of a particular cultural tradition.

Our present values exist only as elements of a particular cultural tradition? That has to be a postmodernist, right? Actually, it’s the libertarian economist Friedrich Hayek.[3]

What is postmodernism? As Jean Francois Lyotard has famously written, it is the idea that we should have incredulity toward metanarratives. What are metanarratives? They are the types of grand stories that purport to tell us How Things Are. Marxism is a meta-narrative. Christianity is a meta-narrative. Postmodernism is a philosophy that gives us reasons - yes, reasons - why no single story of How Things Are is likely to, let alone should, prevail in the world. In fact, one of Lyotard’s primary concerns was how these metanarratives are often used toward“the goal of legitimizing social and political institutions and practices, laws, ethics, ways of thinking.”[4]

Postmodern philosopher and theologian John Caputo puts postmodernism this way. It is postmodern, not antimodern - an extension, rather than a dismissal, of the modernist project. Just like the modernists - with science and reason - shook up the solidified dogmas of the Middle Ages, postmodernism worries  that modernism has its own solidified dogmas and has come to shake those up. Instead of God, we have Reason. Instead of the Clergy being able to settle disputes about what God Really Says, we have scientists who settle disputes about what Nature Really Says. Postmodernism is about criticizing and dislodging centralized stories.

Some see postmodernism as a threat to the idea of a free society. The reasons we have been given for this are bad ones, often based on a misunderstanding of the postmodern project. Let’s go over a few of these.

How do we agree on correct ways to speak and correct usage of words? Most of us learned the rules of language in school, which is a form of power. How do schools know what rules to teach us about how to speak? Their curricula (and those who have the power to write them) are probably influenced by research into linguistics, consulting dictionaries and style guides, etc. All of those are forms of power. We might also learn to speak by watching how others speak, but how do we know who to watch? We watch those who we think are the most trustworthy and legitimate guides - have a certain sort of cultural power - or go with how the majority speak, power in numbers.

Postmodernists don’t conceive of power as just brute force. Power is any influence that some have over others. And without power relations between people, we couldn’t speak, because there would be no rules about how to do so. Postmodernists have been criticized, perhaps justly, for stretching the definition of power beyond it’s conventional use. But as you can see, what they have in mind by power poses no threat to the values of a free society.

Don’t postmodernists not believe in truth, though? Aren’t they relativists? First, I should point out that whether one believes in objective truth doesn’t obviously relate to whether one can endorse libertairan values. Philosophers Jan Narveson and Chandran Kukathas base their respective libertarian theories on the idea that whether there are or aren’t objective truths, we probably will never agree on what they are anyway.[5]

But the answer is no; postmodernists do not abandon the idea of truth. This, in fact, goes back to the idea of power we just talked about. Here’s Michel Foucault talking about the relationship between truth and power:

Truth is a thing of this world: it is produced only by virtue of multiple forms of constraint…. Each society has its regime of truth, its ‘general politics’ of truth: that is, the types of discourse which it accepts and makes function as true…[6]

For Foucault, “truth is a thing of this world,” which means it is a thing, but something we produce in this world, not an abstract or universal whatever that stands in the ether waiting to be discovered. Let’s think about science for a second. Surely science gets at truth. Yes, Foucault will say, it does. But it gets there only by first setting up rules of the game that scientists must play by. Your hypotheses must be testable and here’s what we mean by that; your experiments must be repeatable and proceed in the following way. If you don’t like these science rules, don’t do science. But without some set of rules scientists must play by - so that we know when they are doing science versus some other activity - truth cannot be produced.

The difference between this conception and the modernist one is that what we can’t or shouldn’t say is that the rules of science are as they are because they are the True Rules. Or, that science is the only - because Uniquely Valid - way to arrive at truth. To John Caputo’s earlier point, saying those would sound remarkably similar to what entrenched Middle Age Clergy said about God.

Some also say that postmodernism yields to collectivism because it believes selves to be “just” social constructions. This objection is easy to dispense with. Libertarians prize moral or political individualism, and that doesn’t require ontological individualism. Postmodernists just point out that to be a self means to be defined in relation to others. Yes, we all exist prior to having social identities. But the only way I or anyone else can understand myself as a self is to reference social categories and my relation to others. That doesn’t threaten the idea that we should all have liberal freedoms. (Nor does it bind me to identity politics. Saying that I can only be defined by social categories doesn’t lead to saying that I’m nothing more than categories.)

What value does postmodernism have for a free society? As a philosophy based on critiquing metanarratives, I’d say the chief value is that postmodernism is a tool of skepticism toward all attempts to centralize one way of life on people. Because of this, in fact, postmodernists tend not to be collectivists, but quite radical pluralists. We can recall the earlier quote from Deleuze and Guattari about the importance of experimenting with opportunities and occupying a “small plot of land.” Or Focault’s skepticism about the existence of a general will. Or there is Richard Rorty, when he says “There is nothing sacred about universality which makes the shared automatically better than the unshared. There is no automatic privilege of what you can get everybody to agree to (the universal) over what you cannot (the idiosyncratic).”[7]

Postmodernism’s toolkit doesn’t have to be used to defend the idea of a free society. But I submit that there is nothing here that obviously clashes with that idea either.

This article was written as an imagined opening statement I would have given at a recent Reason-Magazine-sponsored video debate between Stephen Hicks and Thaddeus Russell. The debate was titled “Postmodernism is Necessary for a Free Society.” A third position was missing from the debate, though: that postmodernism is neither necessary (Russell) or a threat to (Hicks) the values of a free society.

Kevin Currie-Knight is a Teaching Assistant Professor in East Carolina University’s College of Education, where he teaches classes about the psychological and social foundations of education.