Rights in the Time of Coronavirus

The global pandemic, and the proper response to it, force us to critically examine the line between the need to respect individual rights and the desire to limit the virus’s spread. 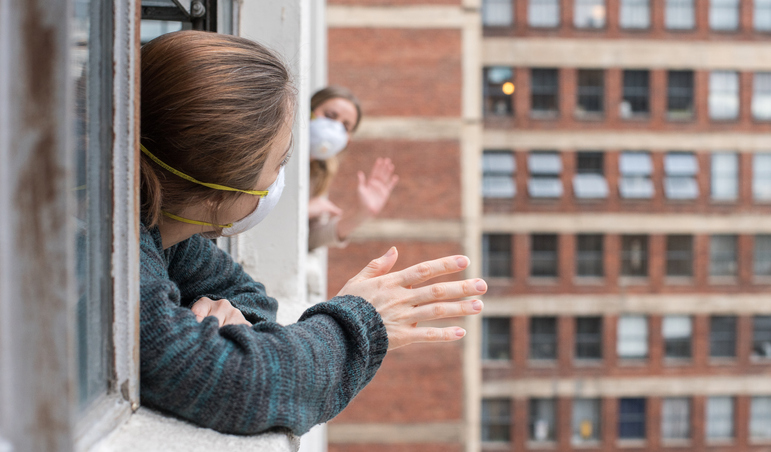 In the last few weeks, most state and city governments have issued shelter-in-place orders and imposed a lock-down on educational establishments, gyms, and all “non-essential” businesses, in order to slow the spread of the coronavirus and avoid overwhelming the health care system. Some states and cities are now allowing some businesses to re-open, but in most of the country the restrictions continue. People may still not go out except to shop for groceries, see a doctor, pick up prescriptions, or exercise, while staying 6 ft. away from other people. Unfortunately, some “non-essential” businesses that pose no threat of harm to anyone, such as automated car washes, were and are also banned. Ditto for harmless activities such as attending church services from one’s car in the parking lot in some cities or states. Whereas banning automated car washes might just have been an oversight, this last seems merely like an exercise of power. As do the arbitrary orders of some governors, who have banned motorboats but not canoes, lawncare services but not hardware stores, and so on.

Are all these lock-downs and shelter-in-place orders a violation of our rights? Some libertarians think they are. They say that it should have been left to individuals to decide whether or how to protect themselves, and businesses to decide whether or not to stay open. The government has no right to restrict our liberties in order to protect us from harm. We have a right to harm ourselves.

This is true. Government paternalism that restricts our liberties is a violation of our rights, and thus plainly wrong. However, the restrictions are not merely paternalistic. Most of the liberties we have lost are liberties that, if exercised, could impose potentially serious harm on others. For given the high incidence of asymptomatic infected individuals, any of us might be infected without knowing it. Since we have no right to risk harming others, the banning of potentially harmful activities is not a violation of our rights. As the saying goes, “Your freedom to swing your fist ends where my nose begins.” Moreover, most of the actions ordered are necessary for flattening the curve and preventing the health care system from being overwhelmed.

All the same, could we not have respected others’ rights without legal compulsion? The Swedish government, after all, simply asked Swedes to take responsibility for themselves and others, and keep each other safe by observing social distancing, frequent hand washing, and masks. But in spite of the fact that Swedes trust each other and their government far more than Americans trust each other or their government, many Swedes have not observed these measures. One result is that in spite of its far healthier population and lower population density, Sweden’s death rate of 275 deaths per million people is many times worse than that of the other Nordic countries, and even worse than ours at about 205 per million.  In addition, according to some reports doctors are now refusing ventilators to anyone over 80, and even to people as young as 60 if they have underlying health conditions. In effect, those who violated the voluntary social distancing advice have led to a situation in which some Swedes will involuntarily have to die. No matter how indirectly or distantly, those who acted irresponsibly violated the rights of others. Had the same voluntary policy been followed here, our fate would have been the same or worse.

It might be objected that the legal restrictions here are unjust insofar as they penalize everyone who refuses to maintain a 6 ft. social distance from others, even if they have no reason to believe that they are infected. However, even if someone doesn’t know that she is infected, she knows that she might be, and thus that she might be harming others by deliberating coming too close to them. Her behavior is at least reckless, and thus a violation of others’ rights. So although some states are imposing unjustly harsh penalties for such behavior, warning a person who does this, or imposing a small fine on her, doesn’t seem unjust.

Some argue that if any of the restrictions during the coronavirus pandemic are justified, they are also justified during the seasonal flu. Like Covid-19, the flu is often lethal, yet no one has ever proposed imposing restrictions on our liberties during the flu season. However, there is a big difference between the flu and Covid-19. The flu kills far fewer people, there is a vaccine to prevent it and antivirals to treat it, and it doesn’t lead to permanent damage to the organs, as Covid-19 does in a substantial minority of the population that gets it. Nor does the flu lead to an epidemic every year resulting in a shortage of ICU beds and PPE, and killing doctors and nurses. In any case, it’s as true of those with flu symptoms as of those with Covid-19 symptoms that they should practice social distancing.

The more difficult challenge, however, arises from the fact that some people who get the flu are, like many who get Covid-19, asymptomatic. So if asymptomatic people with coronavirus violate others’ rights by not practicing social distancing, then surely so do asymptomatic people infected by the flu virus who don’t practice social distancing. However, there is a big difference between the two cases. Our social practices and expectations show that we accept the risk of getting the flu from asymptomatic people. In other words, they show that we waive our right not to get infected by such people. The costs of standing on our rights outweigh the benefits of waiving them. This is analogous to our social practices and expectations towards driving. When we drive, we risk our own and others’ lives and physical well-being for the sake of the enormous advantages that driving bestows on us. We expect others to drive competently and responsibly, but we know that human errors are inevitable and can lead to an accident. By driving, we waive our right to not risk our lives or well-being on the road.

To return to the issue of the legal restrictions during this pandemic: some are clearly unjustified. Banning businesses and activities that neither pose any harm to others, nor, therefore, burden the health-care system, are clear violations of our rights. In most cases, state-wide restrictions are also unjust if the conditions vary from county to county, or even city to city. Further, even the justified restrictions – the restrictions on liberties that are potentially harmful to others – have become necessary only because of prior violations of our rights. The health care system would not have been overwhelmed had there not been long-standing legal restrictions, in 35 states and the District of Columbia, on the number of hospitals and beds allowed, or on the immigration of more doctors. Closer to the present, we were told lies about the risks to our health or given wrong advice by those who knew better and had an obligation to tell us the truth. China did not acknowledge the threat of the novel coronavirus till many weeks after identifying it. The virus had already spread in Europe and reached our shores when the World Health Organization (WHO) announced that there was no need to restrict international travel. For a long time, WHO also claimed that masks were not necessary for the general population, and the CDC and the Inspector General followed suit. President Trump ignored all warnings of the threat of the virus and the economic and health costs of doing nothing even when his trusted economic adviser, Peter Navarro, alerted him to the dangers on January 29th.. Indeed, Trump sent nearly 18 tons of donated medical supplies to China a few days after Navarro’s warning. He again turned a deaf ear to Navarro’s warning when the latter warned him on February 23rd that 1-2 million people could die if Trump didn’t act. Instead of acting, Trump simply announced the next day that “the coronavirus is very much under control in the USA.”

A practical effect of the government’s failure to acknowledge the truth was that public health agencies and hospitals failed to order personal protective equipment (PPE), ventilators, and respirator masks from manufacturers in a timely fashion. On top of that, the FDA and CDC refused to use the tests developed by the WHO or even to allow private labs and University labs to make any – a clear infringement of the right of these labs to be productive, and engage in mutually beneficial transactions with those who needed the tests. When the CDC finally released the tests, they turned out to be faulty, and it was many more weeks before University and private labs could make them. Had there been sufficient tests, public health authorities could have engaged in extensive testing and contact-tracing sooner, and quarantined those who were infected or might be infected, instead of shutting down businesses en masse, with disastrous effects on the economy.

The failure of the U.S. government to tell us the truth and prepare for this pandemic also led to another rights-violation: the right of hospitals, and of doctors in consultation with their patients, to decide whom to treat when. This happened when some Governors and mayors ordered hospitals and doctors to postpone “elective” surgeries to make room for COVID-19 patients. ‘Elective’ surgeries are so-called because they don’t have to be performed on an emergency basis. Yet some of these “elective” surgeries are crucial to the life or well-being of patients, including as they do surgeries for cancer, kidney stones, abortion, and organ replacement. The result of canceling them was financial difficulties for hospitals, and sick patients with worsening problems. For hospitals with hardly any COVID-19 patients there were also furloughed nurses, empty rooms, and even worse financial difficulties, including bankruptcies.

In some parts of the country we are past the worst in the rate of new infections and deaths. Some districts also have enough hospital beds and PPE for medical staff. Under these conditions, many businesses can reopen safely, with social distancing measures, good hand hygiene, and masks and gloves for their employees. Safety and the capacity of the health care system, of course, should always have been the basis of the restrictions. We are still missing an important step to safety in the country at large: widespread testing. Testing would enable people to find out if they are infected or not, and to quarantine themselves if they are. But most of the states that are cautiously opening up have adequate testing. However, any business anywhere that can reopen safely should be free to do so. Not allowing this is as much of a violation of a right as forcing a business that poses no threat to anyone to shut down. One thing is certain: we cannot wait for the virus to be vanquished once and for all before we start working and producing again, because it may take years to vanquish it. On the plus side, we now know that the fatality rate from COVID-19, though high, is not as high as previously thought. There are, of course, other serious health dangers to those who get the disease, such as strokes and blood-clots, neurotoxicity, and hepatotoxicity. But the solution here is for those who are vulnerable to COVID-19 – people with co-morbidities, and people who are above 65 - to take extra care and for everyone to continue distancing themselves when they leave their homes. The lock-down and social distancing have led to the desired flattening of the curve. But the lock-down has also led to a dangerous flattening of the economy and the prospect of serious damage to the health care system and, thus, to people. Continuing it also threatens the lives and well-being of young people now and for years to come.