What, to an American, is the Fourth of July?

Independence Day is a celebration of America, yes, but it’s also a day to rededicate ourselves to critiquing the job we’re doing at living up to our own mission statement. 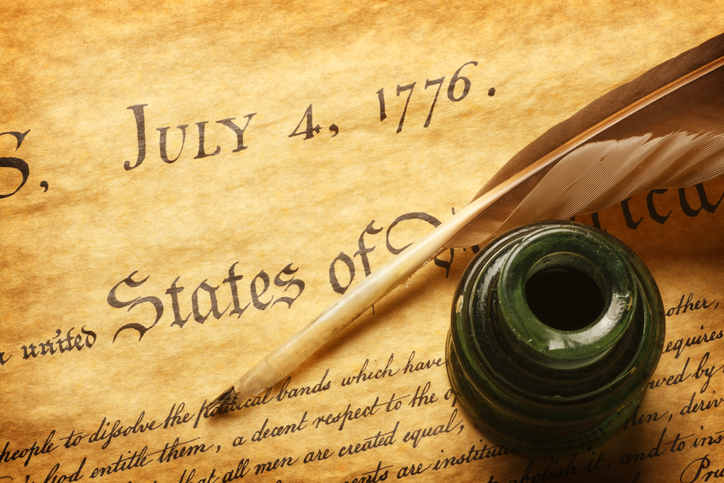 Almost every nation has some version of a national holiday, but there is something genuinely exceptional about why and how Americans mark the Fourth of July. Independence Day is not just a celebration of rah-rah American nationalism. It’s not about how special you are to live between the 49th parallel and the Rio Grande.

It is about America’s truly unique status as a credal nation. It’s a day to rededicate ourselves to critiquing the job we’re doing at living up to our own mission statement.

We don’t revere the words of the Declaration of Independence as a holy relic of American blood and soil. We don’t read them aloud as a pep rally to pat ourselves on the back for how great we are. Unlike any other national holiday anywhere in the world, it is an occasion for self-reflection and even condemnation.

It is the biting irony of Frederick Douglass asking “What, to the slave, is the Fourth of July”

It is the invocation of the Declaration’s words and logic at Seneca Falls to correct the omission of “…and women.”

It is Abraham Lincoln’s call to action for the “unfinished work” at Gettysburg.

It is Martin Luther King challenging us to “live out the true meaning of its creed.”

It’s that dichotomy that even lets us honor the Declaration and, at the same time, use its words to condemn the authors for their own notorious failures and hypocrisies. The celebration of our national origin story has always been as much about what’s wrong with America as about what’s right, and moreover it’s about the never-ending struggle to reconcile the two.

An uncritical, unreflective, and unthinking “Salute to America” by Donald Trump isn’t just neglecting the purpose of the occasion. It’s a profanity. It’s a rejection of what makes the Declaration of Independence worth honoring: that there is always some way we are failing to live up to it. The Declaration provides the mirror to see our own faults and our national pre-commitment device to demand better of ourselves. Embedded at the core of our national experience is this feedback loop of self-criticism. To be an American is to perpetually strive for that unattained standard, and to perpetually mourn our failure to reach it after 243 years and counting.

Today there will be a lot of people reading the Declaration and pointing out how many of its grievances are as applicable now as they were in 1776. That’s less fun than ego-stroking over how many tanks and fighter planes we have. But it’s why we have such a thing as the United States at all, much less a day to commemorate its creation. The Fourth of July is all about our ability to invoke our founding principles to condemn our own sins.

The best, most truly American way to mark the Fourth of July is to find something morally intolerable about how this nation is being governed and then “to prove this, let facts be submitted to a candid world.”