The fundamentals of the theory of liberty. 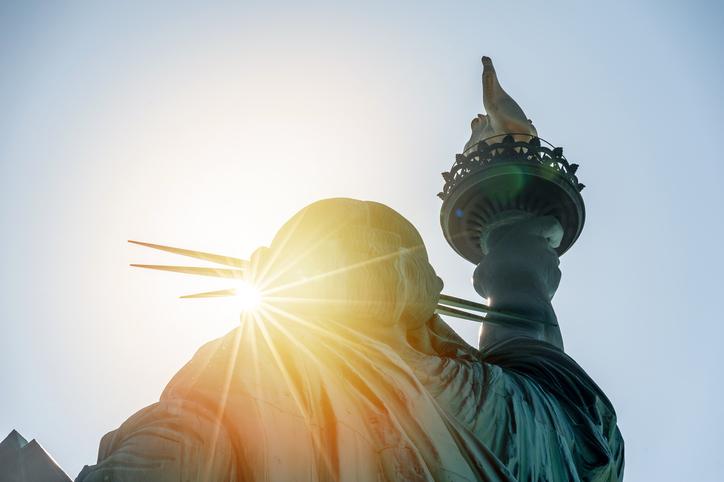 Liberty. It’s a simple idea, but it’s also the linchpin of a complex system of values and practices: justice, prosperity, responsibility, toleration, cooperation, and peace. Many people believe that liberty is the core political value of modern civilization itself, the one that gives substance and form to all the other values of social life. They’re called libertarians.

Liberty made great progress over hundreds of years, but the first half of the 20th century saw it in retreat. It was a time of savage war, oppression, genocide, protectionism, socialism, fascism—a time when humanity experienced the awful power of the truly unlimited state.

But late in the century the tide started to turn again. Fascism had been militarily defeated. The Soviet Union collapsed. Apartheid was dismantled. More and more nations embraced constitutionally limited government, free markets, free trade, individual rights, and toleration. The promises of the Declaration of Independence were increasingly extended to women, racial and religious minorities, and gay people. The rising tide of prosperity in many nations—from South Korea and Taiwan to Chile and Mexico—led citizens to demand more open and democratic political systems. And libertarianism reemerged as a central political ideology of the modern age, with adherents promoting freedom in almost every country of the globe.

Yet libertarians have not been, and cannot afford to be, complacent about the future. Old threats to liberty remain and new ones have appeared. Fanatical terrorists have declared war on free societies, determined to impose religion by gun and car bomb and to force women to submit to the most degrading tyranny. In response, some in the freer societies have proposed restricting liberty, all in the name of defending our civilization and our heritage.

Yet those who would so lightly throw away freedom to defend civilization don’t understand the very heritage they claim to defend. That heritage is the culmination of a centuries-long struggle to free the individual and to limit the power of the state. At the dawn of the modern world such thinkers as John Locke and Adam Smith challenged the old regime of monarchy, mercantilism, and religious intolerance. A growing middle class, made possible by the growth of trade, demanded individual rights. In the colonies of north America, radicals such as Thomas Paine and Thomas Jefferson led a revolution and set up the world’s first political system based on the natural rights of man. Their philosophy of individual liberty became known as (classical) liberalism, and in the nineteenth century it swept through much of Europe and made inroads in other parts of the world.

In the twentieth century the old regime—in all its modern guises—staged a spectacular comeback. Statists of the left and of the right replaced liberty with power, toleration with murder and ethnic cleansing, free exchange with compulsion. But that movement reached its high-water mark with World War II. During and after that war a small band of thinkers—including Rose Wilder Lane, Ayn Rand, F. A. Hayek, Ludwig von Mises, Milton Friedman, and many other writers and scholars—began to revive the tradition of classical liberalism. In place of intolerance and war, they proposed toleration and trade. In America most classical liberals took the name of “libertarians.”

Libertarianism is the belief that each person has the right to live his life as he chooses so long as he respects the equal rights of others. Libertarians defend each person’s right to life, liberty, and property. In the libertarian view, voluntary agreement is the gold standard of human relationships. If there is no good reason to forbid something (a good reason being that it violates the rights of others), it should be allowed. Force should be reserved for prohibiting or punishing those who themselves use force, such as murderers, robbers, rapists, kidnappers, and defrauders (who practice a kind of theft). Most people live their own lives by that code of ethics. Libertarians believe that that code should be applied consistently, even to the actions of governments, which should be restricted to protecting people from violations of their rights. Governments should not use their powers to censor speech, conscript the young, prohibit voluntary exchanges, steal or “redistribute” property, or interfere in the lives of individuals who are otherwise minding their own business.

Libertarian ideas are becoming increasingly influential. Philosopher Robert Nozick’s Anarchy, State, and Utopia helped to revitalize political theory and to focus attention on the proper limits of state power. Classical liberal economists and social scientists have pioneered the understanding of processes of social coordination and change, many of them earning Nobel Prizes in the process. And the broad global trend toward economic deregulation, freer trade, limits on taxes, toleration of minorities, and greater personal freedom shows the influence of libertarian ideas and libertarian thinkers and activists.

Libertarianism is one of the most exciting developments in modern thought. Libertarian scholars address hard problems and propose solutions that are both moral and realistic. Libertarian activists work to defend liberty from its many enemies and to advance liberty to those who have been excluded from its blessings. They seek to liberate individuals and bring about open, free, humane, and prosperous societies. The people of the world have waited long enough to be free.

Boaz is a provocative commentator and a leading authority on domestic issues such as education choice, drug legalization, the growth of government, and the rise of libertarianism. Boaz is the former editor of New Guard magazine and was executive director of the Council for a Competitive Economy prior to joining Cato in 1981. The earlier edition of The Libertarian Mind, titled Libertarianism: A Primer, was described by the Los Angeles Times as “a well-researched manifesto of libertarian ideas.” His other books include The Politics of Freedom and the Cato Handbook for Policymakers.

His articles have been published in the Wall Street Journal, the New York Times, the Washington Post, the Los Angeles Times, National Review, and Slate, and he wrote the entry on libertarianism for Encyclopedia Britannica. He is a frequent guest on national television and radio shows, and has appeared on ABC’s Politically Incorrect with Bill Maher, CNN’s Crossfire, NPR’s Talk of the Nation and All Things Considered, The McLaughlin Group, Stossel, The Independents, Fox News Channel, BBC, Voice of America, Radio Free Europe, and other media.