Do We Need the Constitution?

Samples discusses some of the failures of the constitution, wondering if it can truly be a government limiting document. 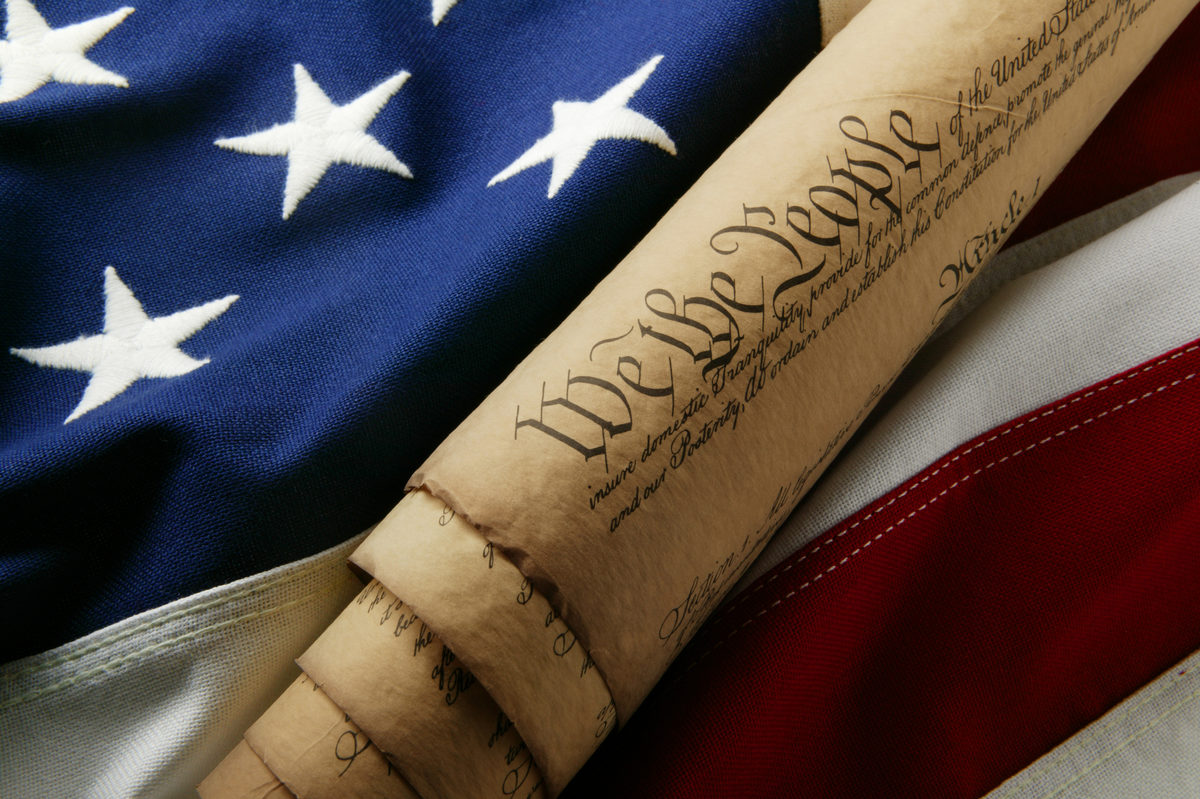 I have just finished writing a Cato policy analysis about the constitutional war powers of the president in light of the recent Libyan adventure. At the same time, I have been reading Richard Brookhiser’s excellent and concise new biography of James Madison.

Brookhiser finds that Madison left two legacies, both important: American constitutionalism and American politics. He defines the former as “the laws of doing and not doing, and all the debate and revisions they have generated…” American politics is “the behavior that makes constitutionalism work: the ways and means of acquiring, conferring, and rebuking power, the party organizations and partisan media that are the vehicles of interest, ambition, and thought.”

Constitutionalism seems to have failed us in the Libyan case. The United States made war in Libya. Article I of the U.S. Constitution grants Congress the power to declare war. The original public meaning of “declare war” in 1789 included deciding to initiate hostilities. Yet President Obama, not Congress, decided to initiate hostilities in Libya, and nothing that happened thereafter forced the president to gain congressional assent to starting the war.

President Obama and his Office of Legal Counsel in the Department of Justice cited the practices of earlier presidents to justify his actions in Libya. Earlier presidents had used force in foreign lands absent congressional assent. Most recently, President Clinton had bombed Iraq and Serbia and invaded Haiti without approval from Congress. Obama was exercising powers long assumed by others. Accepted practice, not legal interpretation, defined the power to declare war. The Obama administration further contended that the practice of declaring war indicated that limited wars like Libya were not really wars at all, at least for legal purposes. Practice had made the Constitution irrelevant to such conflicts.

This conclusion about practice is troubling. Constitutions exist to constrain government understood as the actions of those who hold office and the majorities that elect them. An official might wish to do something, but the Constitution decides whether he may do so. If we define actions over time as a practice, Obama is arguing that what has been done comes to define what may be done. If so, the U.S. Constitution has become irrelevant in deeper way, at least regarding the war powers. If practice defines what government may do, why do you need a constitution anyway? Madison’s legacy on this score seems empty.

What about American politics? Consider the politics of a war fought and a war avoided (so far). President Obama said the US should protect Libyans from their government. Over the last few months, the government of Syria has proven to be a potent threat to many of its citizens. Yet the President used force in Libya but not with Syria. In the former, as earlier in the wars in Bosnia and Kosovo, the President thought American goals could be attained short of putting American soldiers at risk. In contrast, a war in Syria would be difficult to win from the air. American soldiers, perhaps a lot of them, would die.  The political costs of invading Syria would be quite high for Obama. American voters appear to highly value American lives. Wasting those lives protecting foreign nationals from their governments could deeply damage if not destroy a presidency.

I doubt many libertarians are satisfied with this outcome from political practice. I share their doubts. Constitutions promise to reconcile limited government and majority rule by constraining the latter through prior agreements made by the sovereign people. It is troubling that limits on the president, especially constraints on his ability to unleash collective violence, depend only on the wishes of a current majority. After all, a majority might, in a passionate moment, foster a foreign adventure. In Somalia, for example, surveys taken immediately after American losses showed a majority favored expanding the fighting to avenge their deaths. The Clinton administration was more cautious than the majority. But had Clinton followed majoritarian sentiment at that moment, Americans might have found themselves deeply involved in a civil war in Somalia.

Even when majorities support the Constitution, their representatives may ignore their views. For example, surveys in the post-Cold War era have consistently shown that significant majorities want Congress to approve military interventions as the Constitution demands. Both presidents and most members of Congress have ignored such findings. That said, no president has been denied re-election for using force without legislative approval.

Politics, not constitutionalism, may be a more effective means to Madisonian ends, at least in the case of the war powers in the post-Cold War era. I resist that conclusion, but perhaps I simply want the world to be different than it really is. I am left with more questions than answers. Can a constitution actually limit government and protect liberty? Does liberty always ultimately depend on majority will? Is a constitution limited to shaping, rather than constraining, the will of a majority? Finally, the larger Madisonian questions are always posed to everyone everywhere. Can a government be designed to control itself? Or is the problem government itself?

John Samples directs Cato’s Center for Representative Government, which studies campaign finance regulation, delegation of legislative authority, term limits, and the political culture of limited government and the civic virtues necessary for liberty. He is an adjunct professor at Johns Hopkins University. Samples is the author of The Struggle to Limit Government: A Modern Political History and The Fallacy of Campaign Finance Reform. Prior to joining Cato, Samples served eight years as director of Georgetown University Press, and before that, as vice president of the Twentieth Century Fund. He has published scholarly articles in Society, History of Political Thought, and Telos. Samples has also been featured in mainstream publications like USA Today, the New York Times, and the Los Angeles Times. He has appeared on NPR, Fox News Channel, and MSNBC. Samples received his Ph.D. in political science from Rutgers University.