Does the non-aggression principle prohibit all pollution, including industry, driving, and flashlights? 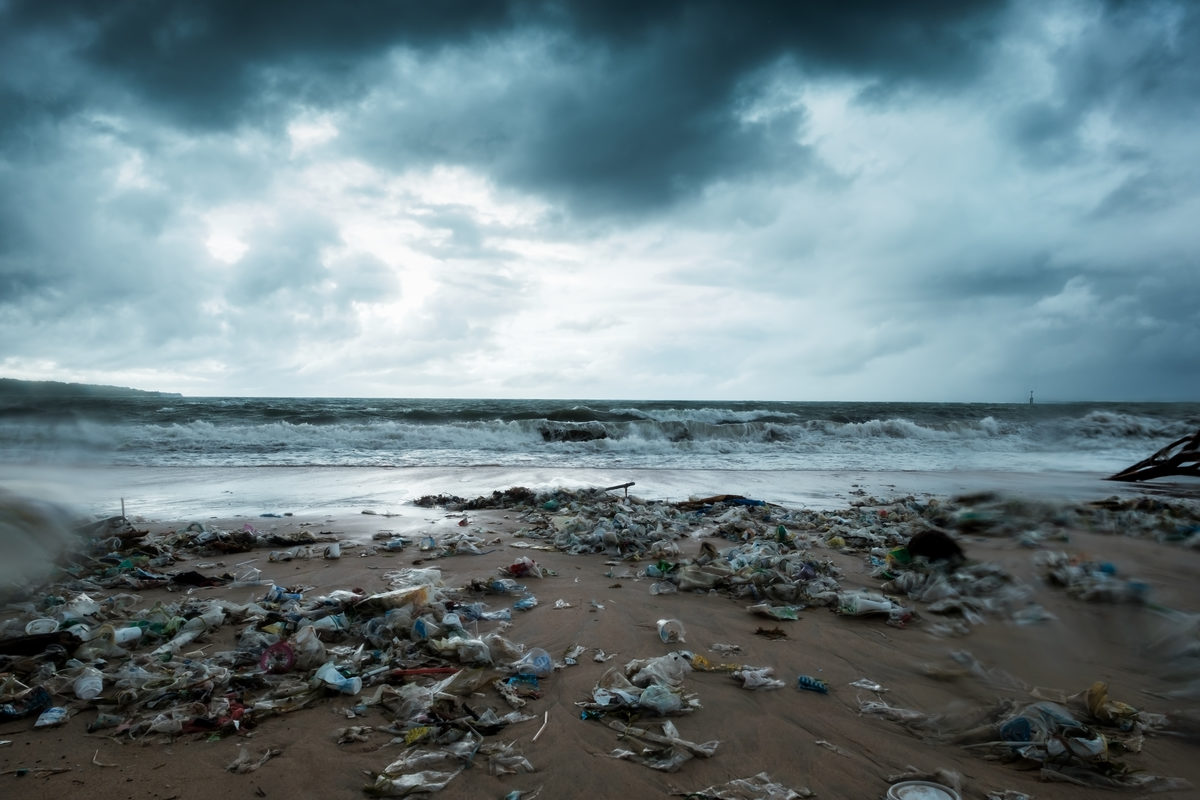 Libertarians generally believe that aggression against innocent persons is morally wrong, and that the only just use of violence is to prevent aggression by others. For some of the more moderate libertarians (or classical liberals) like Richard Epstein, the norm against aggression is a very strong presumption, but one that can be overridden in certain cases when weighty enough considerations are amassed on the other side. To other libertarians like Ayn Rand or Murray Rothbard, the prohibition on aggression is absolute, or very nearly so.

When we think about cases of rape, or theft, or slavery, an absolute prohibition on aggression makes good sense. It’s almost always wrong for you to steal my money, even if you need it more than I do, even if you know I’m going to spend it on something that’s bad for my health, or even if you’re going to give it to the world’s most efficient and beneficent charitable organization. In this respect, at least, the liberal egalitarian philosopher John Rawls was on precisely the same page as his libertarian colleague, Robert Nozick:

Each person possesses and inviolability founded on justice that even the welfare of society as a whole cannot override. For this reason, justice denies that the loss of freedom for some is made right by a greater good shared by others. It does not allow that the sacrifices imposed on a few are outweighed by the larger sum of advantages enjoyed by many. (Rawls, A Theory of Justice, p. 3)

So far, so good. When it comes to the big ways in which we aggress against each other, libertarianism’s absolute prohibition seems plausible on its face.

But what about the smaller ways? Suppose I aggress against you not by beating you over the head with a club, but by blowing tobacco smoke into your face? The smoke-blowing, just like the clubbing, is a physical invasion of your body. And it is a harmful invasion. Not, perhaps, as immediate or as severe a harm as the clubbing, but the difference is only one of degree, not of kind. Stealing a nickel from my piggy bank is just as much an act of theft, and therefore just as much a violation of my rights, as stealing $100. If, then, aggression is to be prohibited absolutely, it seems that consistency will force us to prohibit not just big aggressions like beatings and grand theft, but little ones like smoke-blowing too.

Few libertarians have adequately come to terms with the full implications of this point. One of the earliest attempts to do so can be found in Murray Rothbard’s popular work, For a New Liberty. Chapter 13 of that book contains an extended discussion of the problem of environmental issues, and in it Rothbard makes the point that industrial pollution is a form of aggression, and thus impermissible according to basic libertarian principle.

The vital fact about air pollution is that the polluter sends unwanted and unbidden pollutants—from smoke to nuclear fallout to sulfur oxides—through the air and into the lungs of innocent victims, as well as onto their material property. All such emanations which injure person or property constitute aggression against the private property of the victims. Air pollution, after all, is just as much aggression as committing arson against another’s property or injuring him physically. Air pollution that injures others is aggression pure and simple.

Industrial pollution is, of course, generally a byproduct of economically productive activity. But Rothbard had little patience for the Chicago School argument that pollution could be justified by a kind of cost-benefit analysis, writing that such arguments are “as reprehensible as the pre-Civil War argument that the abolition of slavery would add to the costs of growing cotton.” For Rothbard, matters of basic moral principle trump merely pragmatic considerations. If stopping aggression sets back economic progress, then so be it. Such is the price of respect for human rights.

But while Rothbard’s attempt to grapple with the issue of pollution in a principled way was admirable, he appears not to have grasped the full, radical implications of his own argument. If air pollution is aggression because it “sends unwanted and unbidden pollutants…into the lungs of innocent victims,” then could not the same be said about a vast range of non-industrial, purely personal activity? Don’t I emit unbidden pollutants into other people’s lungs whenever I drive my car to work? Or whenever the fire in my home or in my yard sends smoke, unbidden, into the air you breathe?

David Friedman, in the postscript to the second edition of his Machinery of Freedom, draws the implications that Rothbard didn’t. If aggression is absolutely forbidden, then sending particulate matter into your lungs isn’t the only form it can take. Sending photons into your eyes ought to count as well. This seems clear enough when the photons come in the form of a thousand megawatt laser beam.

But what if I reduce the intensity of the beam—say to the brightness of a flashlight? If you have an absolute right to control your land, then the intensity of the laser beam should not matter. Nobody has a right to use your property without your permission, so it is up to you to decide whether you will or will not put up with any particular invasion.

This last point has special bite against someone like Rothbard, who combines 1) an absolute prohibition on aggression with 2) a strongly subjectivist theory of value. In a later essay on pollution, Rothbard argues that the constant bombardment of radio waves to which we are all subject are is not really an invasion of our rights because the radio waves are invisible and do no harm, and thus do not actually “interfere with the owner’s use or enjoyment of [his] property.”

But, first, this response does nothing to mitigate the problem of most air, noise, and light pollution, much of which is detectable by man’s senses and which clearly can interfere with his enjoyment of his property. And second, and more seriously, just who does Rothbard think has the authority to decide what counts as an interference with the owner’s enjoyment, if not the owner himself? If the owner of a piece of property wants it to be free from invasive radio waves, whether because the fear that they might give him cancer causes him distress or because he wants to use the parts of the spectrum they occupy on his property himself, on what grounds can a subjectivist like Rothbard tell him that he’s not really being harmed?

The consistent application of Rothbard’s absolutist principle of non-aggression thus seems to require a prohibition on all forms of non-consensual pollution. But the prohibition of all non-consensual pollution would, it seems, mean the end of most forms of industrial production, driving, wood-burning fires, radio transmissions…in other words, the end of life as we know it. Perhaps, then, the most consistent form of Rothbardian libertarianism is a kind of very, very deep ecology. This is not, of course, the conclusion that Rothbard himself drew. And it is not the conclusion that most libertarians who follow in Rothbard’s footsteps have drawn. The more reasonable conclusion, it seems to me, is that one that David Friedman drew, and the one that contemporary philosophers who have considered the issue like Peter Railton and David Sobel have drawn—that we should reject Rothbard’s absolutist version of the non-aggression principle. I shall defend this option myself in my next essay here.

Matt Zwolinski is Associate Professor of Philosophy at the University of San Diego, and co-director of USD’s Institute for Law and Philosophy. He has published numerous articles at the intersection of politics, law, economics, with a special focus on issues of exploitation and political libertarianism. He is the editor of Arguing About Political Philosophy (Routledge, 2009), and is currently writing two books: Exploitation, Capitalism, and the State and, with John Tomasi, Libertarianism: A Bleeding Heart History. The latter is under contract with Princeton University Press. Matt Zwolinski is the founder of and a regular contributor to the blog Bleeding Heart Libertarians.