What Are Negative and Positive Liberty? And Why Does It Matter? 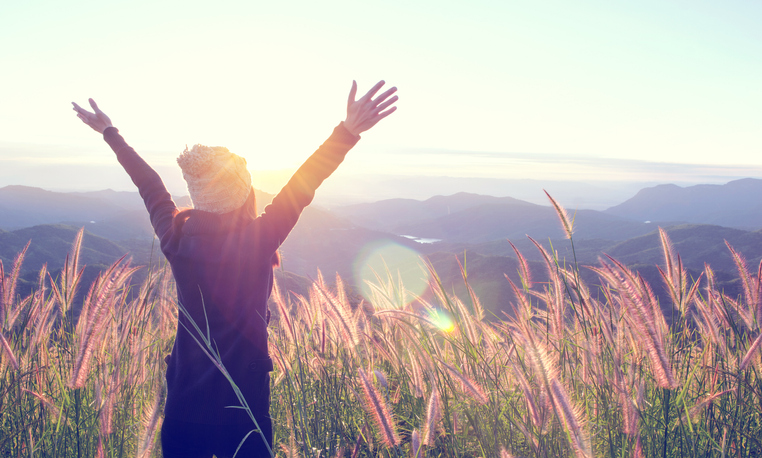 A significant amount of debate between libertarian and non-libertarian political thinkers has to do with the distinction between negative and positive liberty. These two technical terms within political philosophy play a large role in determining the limits of permissible state action, as well as establishing just what the state exists to do in the first place.

Which means libertarians and non-libertarians interested in political ideas—and keen to having meaningful conversations about them—will benefit from understanding these two sorts of liberty.

Let’s look at an example. Jack’s living in New York. He’d like go to California to visit family. Under a negative conception of liberty, Jack is free to go to California if nobody is actively preventing him from doing so. Thus his negative freedom would be violated if his neighbor locked Jack in the basement, or if someone stole his car.

But what if Jack’s so poor that he can’t afford a car or a plane ticket? What if Jack is sick and so not physically up to the trip? In these instances, no person prevents Jack from going to California, so Jack’s negative liberty remains intact. Yet he lacks the capacity to fulfill his desire and so, from a positive liberty standpoint, he is unfree.

Within the context of political philosophy—within the context of what the state is permitted to do and what it ought to do—a government protects Jack’s negative liberty by preventing the neighbor from locking Jack up and preventing the thief from stealing Jack’s car. If the state is unable to prevent these specific acts, it may punish the perpetrators, thus (we hope) reducing the likelihood of other, similar liberties violations. In addition to—or instead of—punishing violations, the state might force the violator to compensate Jack, striving to make him whole.

On the other hand, a state tasked with directly promoting Jack’s positive liberty might tax its citizens in order to buy Jack the car he couldn’t otherwise afford. Or it might use that revenue to pay for the medical care Jack needs to get back on his feet so he can travel. A positive liberty focused state would take active steps to assure Jack isn’t just free to pursue his desires, but also has the resources to attain them.

Typically, libertarians believe the state should only concern itself with negative liberty and should never undertake to actively promote positive liberty. In part this is because we recognize that, in order to give some people the resources they need to get what they want, it must take those resources from others. The money Jack uses to buy a car or pay his medical bills is money someone else now doesn’t have to pay for his or her own car or medical bills. (In a sense, this means the state has stolen a car from one person in order to give it to another, a violation of the victim’s negative liberty.) If the state tries to avoid this by, for instance, forcing the doctor to give Jack medical care for free, it has violated the doctor’s negative liberty to use his time as he sees fit.

Sometimes, however, libertarians take these arguments to mean that positive liberty either doesn’t exist or that it’s not something we should care about. I don’t think that’s quite right, though. While we should always recognize a bright line between positive and negative liberty when we’re talking about the role of the state, we should also recognize how important positive liberty is for all of us.

I do the work I do because I believe it’s important and because I love it. (I still sometimes find it difficult to believe that I get paid to run and write for Libertarianism.org.) But I also do it, of course, because it brings me the positive liberty to attain other things I value, such as food and shelter (and a car and medical care) for my family and lots (and lots) of books I’ll probably never find the time to read.

If negative liberty were all that mattered in any context, we’d have no reason to prefer a world of wealth to one of poverty if no one was stopping us—in either world—from doing anything we wanted.

Sometimes we object to the use of the word “liberty” in positive liberty by arguing that the only real liberty is the negative sort. And that may well be true. In fact, allowing both negative and positive to claim the label of liberty can make it more difficult to argue against the state actively trying to promote the former at the expense of the latter. After all, who wants to be put in the position of arguing against “liberty?”

In this case, we might be better off saying that only negative liberty is really liberty, while positive liberty ought to be renamed something like “power” or “capacity.” But accepting that doesn’t mean we should ignore the distinction as it’s used in the literature today, or that we shouldn’t listen to those who want to continue talking about positive liberty.

In closing, as is always the case with any philosophical dispute, a short summary neglects many of the sides and much of the nuance. So if you’re interested in learning more about negative and positive liberty and the various ways philosophers have sought to distinguish—or unify!—them, you can’t find a better place to start than the always-wonderful Stanford Encyclopedia of Philosophy’s entry on the topic.

Is There a Right to Health Care?, written by Trevor Burrus

The Perils of Positive Rights, written by Tibor R. Machan