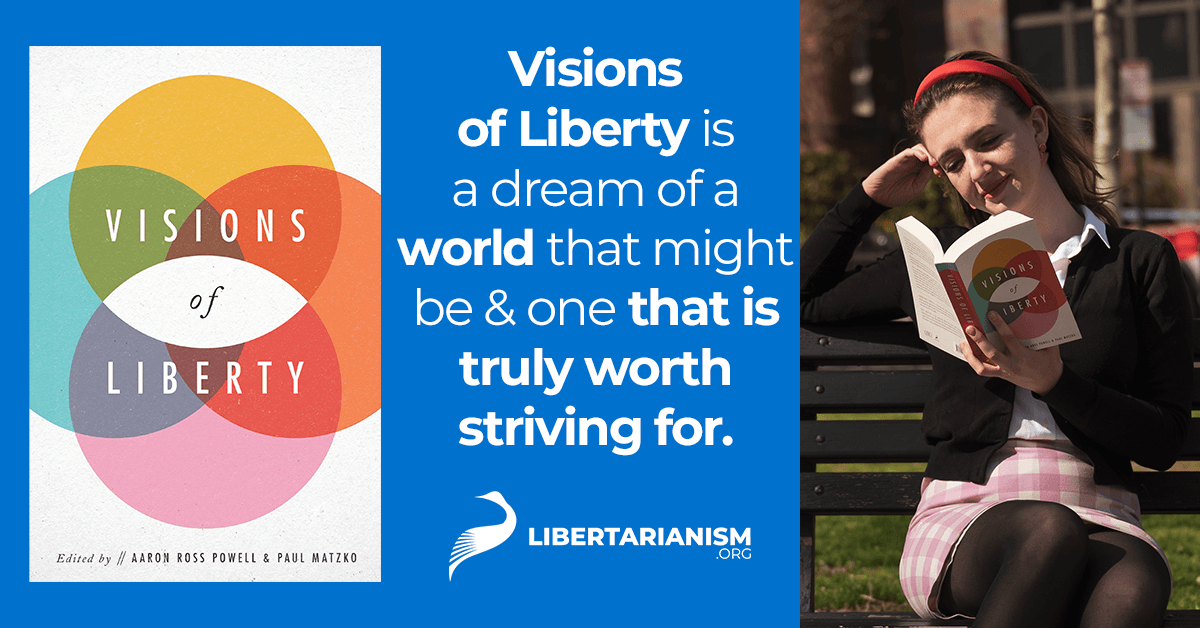 Regardless of political commitments, we all want the world to be better. We want people everywhere to be healthier, happier, safer, and more prosperous than ever before. Political liberty—the freedom to live our lives as we want while affording others the right to do the same, free from the heavy hand of the state—is the best way to achieve that goal.

Visions of Liberty is more than just an introduction to the broad scope of political liberty. It will leave you with a strong sense—a clear vision—of what the application of genuine libertarian policies looks like in practice. Our contributors take different approaches. Some look to the past, pointing out how things worked before government got involved. Others look forward, offering future histories that describe how things could play out if we make certain choices. But each of them shares the firm belief that when freed from the meddlesome and coercive hand of the state, people can do amazing things. Liberty unleashes our drive for ingenuity and sense of compassion. This radical vision of a world that might be is truly worth striving for.