We explore who Jim Cantrell is, when he became mesmerized by outer space, & how he hopes to transform the space economy.

Jim Cantrell is a mechanical engineer and the co-founder of Vector. He has worked with the NASA Jet Propulsion Lab, the French space agency (CNES), and was a co-founder of Space X. He received a NASA innovation award in 1989 for his Mars Balloon Technology. He is also a liberty advocate who pursues road racing in his spare time. Spencer Neale, a correspondent for Libertarianism.org, had the pleasure of speaking with Mr. Cantrell about Vector, cryptocurrency, the future of space, and Elon Musk.

Can you give our readers some idea of your mission at Vector?

Cantrell: We are essentially trying to create the technology for the space commerce of the 21st century. If you look at New York City, for example, 100 or so odd years ago the skyline was pretty flat because there weren’t any elevators. Once elevator technology came along, you quickly got the skyline that you have today along with the commerce that attaches itself to that. What we’re trying to create is infrastructure for the new space economy.

We believe that consists of launch vehicles that can put physical assets in space more frequently and more conveniently. The second part of that is that we will transform the space economy to a digital economy. We have to help bring space from what it’s been over the last 50 years, which is a government dominated industry, to something that’s more akin to the modern tech industry. That’s why we have a lot of Silicon Valley investors attached to our project. They agree with the same vision that we have. Vector intends to be the space access company of the 21st century. 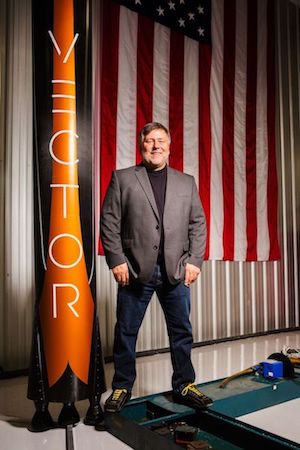 You have spoken about how, in the past, there was a feeling among young engineers and scientists that governments weren’t making the best financial decisions in regard to space innovation.  How have inefficiencies in government-run space programs led to this new era of space innovation and exploration?

Cantrell: The answer is quite simple. The government-run space industry is so risk-averse that it has become corrosive to the individuals that are attracted to it. As much as people don’t like to hear it, governments are inherently corrupt. They are doing something that I think is immoral at the base which is taking your money and then giving it back to you. This whole entire circle rears its ugly head when you get these idealistic young people who get out of college and want to go work for NASA. They get there and find that it’s a complete shitshow of bureaucrat slowness, tied up in rules and regulations.

All of these things are the antithesis to youth and enthusiasm and creativity. It’s a giant killjoy. The commercial industry is where it’s at. Our tech industry is very vibrant in this country and it’s not because of government investment and it’s not because of government regulation. It’s because bright people are out there doing it and investors are putting money into it. We are doing it in spite of the government. 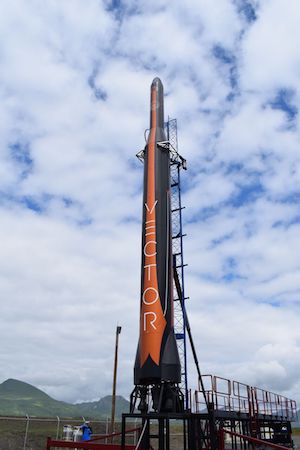 What are your thoughts in regards to the military-industrial complex operating in space and how do you feel about Donald Trump’s ‘space force’?

Cantrell: I think his enthusiasm is well placed. I appreciate that. He’s one of the first presidents in a long time that has genuinely seized the promise of the space economy and that is to be commended. Obama didn’t see it. Bush certainly didn’t see it. Reagan actually did and he made some strong and bold moves in that direction. Clinton didn’t really see it. But Trump, and maybe it’s generational, but he and Pence both see it and are big supporters of it. I give him an A+.

Space Force, I think, is Donald Trump’s venture into what the military industrial complex is all about. It’s not needed. We don’t need a whole new branch of the military. What I think has truly happened is that the military-industrial complex lobbyists have found their way to these guys’ ears. This is just another way to redistribute wealth from taxpayers to people sitting in offices at the big three aerospace companies. I used to be in that game and one day I woke up and thought, “Not only is this immoral but I feel like a slimebag.” I know how these guys think. There’s a lot of money to be made and on the one hand that’s kind of attractive, but on the other hand it’s just wrong. It’s a misplaced motivation but it’s true that we will be fighting the future of our wars in space. We don’t need a special space force. It’s a waste of money.

You have called the cellphone a weapon. What do you think is so important about the devices we all carry?

Cantrell: Over the years, one of the panaceas or nirvanas that the military would look for was the ability to communicate 24/7 with their troops. A real-time command and control system. Here, we civilians have developed it and it’s called the cellphone. We’ve got a command and control system in civilian hands and you see this with the revolutions in the Middle East that were fueled by social networks. If you look at where tyrannical governments put their control in place, first and foremost it’s on social networks.

This enables the power of the people in ways that have never been available to us, ever. Therefore, it’s a weapon of the people against tyranny. Now, on the other hands, the tyrants see it as a weapon to track and trace us. People say, “We’ll never let these people chip us.” Guess what? They’ve already chipped our asses. We carry it in our pocket. You can’t even be assured that your cellphone isn’t listening to you and that the IRS isn’t on the other end of it stirring up their next audit because I’m saying things about the government that aren’t very friendly. So it’s a tool and a weapon that works both ways. It can be used against us and it can be used by us. But it’s absolutely the most incredible source of our thoughts, our political leanings, and everything that’s intimate to who we are. It’s a scary thing.

Your son Colin is the software architect for Nexus Earth, one of the most promising cryptocurrency projects at the moment. What are your thoughts on cryptocurrency and blockchain?

Cantrell: I originally just thought it was a bit of fad and I figured I was throwing my money away. But, I found that it is actually the most unique way to transfer value that’s been devised by mankind. I think it’s far better than minerals you dig up out of the ground or paper you can print that someone says is worth a lot of value. This is a way that is agreed upon by those who are doing the trading instead of those who are dictating how the trading is done. It’s most similar to gold but it’s digital so it’s fungible in ways that gold never could be.

You go back to the cellphone. Not only is it a weapon but it’s also an ability to transfer value. Your freedom of speech, your freedom of movement and your freedom of property are the three fundamentals of your freedom. I think what cryptocurrency is missing is something that’s stable enough to allow for a transactional replacement for FIAT currency. I see blockchain ingrained in our society in ways that will be irreplaceable. I think it’s translating from a speculative market into something that will become more of an industry.

What was the effect on you of seeing the first man land on the moon?

Cantrell: I was very young, but I still remember it. I was with my grandfather and he and I watched it. I can remember it was a ghostly thing on the TV. I remember watching it and it was hard for me to understand that this was a person on the moon, but I understood that it was something very important to humanity and that our people had left this place where we lived. It seemed like a great adventure. It speaks to the exploratory gene in all of us.

If you’ve ever read The Pale Blue Dot by Carl Sagan, he captures it magnificently. He talks about how we started out as nomads and when the food ran out or the climate went bad, we would move. It was always that sense of moving that propelled us forward until we advanced enough that we found it easier to bring the food to us than go to the food. He points out that sedentary life isn’t suited to us as a species. We’re meant to move. We got to do things, or we are useless as a species.

You have worked with Tesla and SpaceX founder, Elon Musk, in the past. I think it’s difficult for the public to perceive a figure like Elon Musk. Hype or Genius?

Cantrell: Elon is the real deal. Transformational people come from ordinary walks of life. He is certainly a transformational person. He represents that nomadic part of our species that is enormously powerful. He’s unlike anyone I’ve ever known. He’s by far the smartest guy I’ve ever known. He’s also the most motivated and ambitious person I’ve ever met. His desire, as he puts it, to make humanity a multi-planetary species is deeply ingrained, and he will either do it or die trying.

Spencer Neale is a breaking news reporter at the Washington Examiner. He is a former professor of film at the University of Richmond and participated in the Cato Institute’s internship program.