The conception of entrepreneurship offered by Israel Kirzner has received increasing attention from economists in the past few years. His approach built on ideas regarding competition and market processes earlier put forward by Hayek and Mises. Kirzner’s analysis conceived of entrepreneurship in two related ways. On the one hand, his depiction focused on alertness to profit opportunities as its essential defining character. In this sense, Kirzner focused on the entrepreneurial element of human decision making. It is a propensity of human beings, he argued, to make spontaneous discoveries of opportunities (including new ends–means frameworks) that are somehow “staring them in the face.”

The second way that Kirzner conceived of the entrepreneur was as someone who takes advantage of opportunities for arbitrage. In focusing on arbitrage, Kirzner emphasized the entrepreneur’s economic function and the essential role that he plays in coordinating market activities. These two conceptions are clearly interwoven because together they alert individuals who discover hitherto undiscovered profit opportunities and engage in arbitrage.

The simplest version of Kirzner’s approach is a single‐​period model for a single good. The entrepreneur is one who discovers two prices for the same good in the market; the price differential represents pure arbitrage profit that is available to the person who spots it. The entrepreneur knows exactly what to do and buys the good at the low price and sells it at a high price. The price discrepancy arises because buyers who buy at high prices in one part of the market are unaware of sellers who are selling at lower prices in other parts of the same market. Ignorance of opportunities for mutually beneficial exchange gives rise to a lack of coordination of buyers’ and sellers’ plans. In this model, entrepreneurship is instantaneous and involves no uncertainty or risk. (Schumpeter also excluded the bearing of risk from the entrepreneurial function; in his view, capitalists bear the risks.)

Kirzner’s static model of interlocal arbitrage can be extended to a more dynamic setting, which includes intertemporal arbitrage—that is, speculation over time. In this case, the entrepreneur sniffs out differentials between prices today and expected prices tomorrow. For example, the entrepreneur might buy a good today at a low price in the expectation of selling at a higher price tomorrow—a price that would more than compensate for any temporary holding costs. In this capacity, the entrepreneur functions as a speculator. Of course, this type of entrepreneurial activity communicates information to other market players as well so that over time their ignorance of these particular opportunities diminishes.

Kirzner’s model can be extended in other ways. Thus far, we have only been considering markets for a single (final) good. However, it is possible to imagine similar kinds of entrepreneurial adjustments being made between factor (input) markets and product (output) markets. In these cases, the entrepreneur discovers differences between prices in input markets and the price of the final good that those inputs produce. If the final good is a new type of product that does not yet exist, then the entrepreneur is engaged in innovation.

Kirzner’s contribution is significant because it provides a unified analysis of all three forms of entrepreneurship—arbitrage, speculation, and innovation. The latter two activities are more sophisticated versions of arbitrage from an economic point of view. His approach has been criticized, however, for its relatively static treatment of time, its downplaying of the radical uncertainty involved in entrepreneurial decision making, and its consequent inattention to entrepreneurial errors and losses. In addition, there is no explicit treatment of firms in his theory of entrepreneurship.

Like Kirzner, Mark Casson emphasized the equilibrating role of entrepreneurship. His theory of entrepreneurship seeks to inject market‐​process ideas into conventional neoclassical economic theory. Casson defined the entrepreneur as someone who specializes in taking judgmental decisions about the coordination (i.e., the allocation) of scarce resources. According to Casson’s approach, Kirznerian arbitrage and Schumpeterian innovation are special cases of a more general notion of entrepreneurial speculation based on self‐​confident judgment. The essence of entrepreneurship is having a superior perception of events and opportunities. Casson’s entrepreneur is the one who has superior access to unique information that must be protected to exploit it fully. Because of the transaction costs of market‐​making, the entrepreneur often creates and manages new firms to undertake production rather than contracting with outsiders. Like Kirzner, Casson emphasized that most of the obstacles to trade emanate from ignorance of one sort or another.

Although having correctly emphasized the crucial role of entrepreneurship in the market process, neither Kirzner nor Casson adequately tackled the problem of how entrepreneurs improve their knowledge over time. To redress this need, the author of this article has applied Karl Popper’s theory of the growth of knowledge to questions of how entrepreneurs learn from their experiences within the market. Seen in this light, entrepreneurs are constantly engaged in problem solving that involves forming conjectures about the latent demands of consumers and ways of satisfying them and then testing these conjectures in the market and exposing them to the possibility of refutation. Entrepreneurs test their ideas so as to eliminate their errors as efficiently as possible in the course of new ventures. This notion is important given that most entrepreneurial ideas, at least in their original form, turn out to be mistakes. This approach also inquires into the philosophical and practical difficulties that entrepreneurs encounter in determining whether their ventures are failing.

The determination of what the entrepreneurial function is has important implications for the design of institutions—the “rules of the game” that frame market processes. Thus, some economists have analyzed Kirzner’s theory in terms of how institutions (e.g., constitutions, political structures, property rights, and contracts) affect people’s perceptions of their own causal capabilities, the degree of their alertness, and the directions in which their entrepreneurial energies are channeled. Analyzing entrepreneurship in this way requires consideration of its economic, psychological, political, legal, and cultural dimensions from the perspective of the market. It attempts to explain the psychological mechanisms regarding why, when, and how some people and not others are quicker to discover profit opportunities. In contrast, previous economic approaches have ignored the role of culture and socializing forces on entrepreneurial behavior.

Entrepreneurship theory not only has relevance for high‐​level institutional analysis, but also can be applied to the development of public policy. Such a market‐​process approach identifies and explains the largely unintended consequences of public policies for entrepreneurial discovery and experimentation. It more accurately evaluates the hidden dynamic effects of government intervention, such as the stifling and misdirection of entrepreneurial energies. Thus, it is less likely than alternative approaches to understate the adverse consequences of regulatory interferences in the market and less likely to underestimate the potential beneficial effects of economic liberalization and deregulation.

Finally, the market‐​process approach underscores the fact that, because we cannot predict what entrepreneurs will discover in an unhampered market (i.e., we cannot predict what new products will be generated), the market process is inherently open‐​ended. By imposing regulations that seek to implement specific market outcomes in order to address some alleged market failure, we may be inhibiting the market’s own self‐​corrective properties. This approach also requires us to examine how government interference in market processes gives rise to superfluous or redundant entrepreneurial opportunities that would not have existed without such intervention.

Hayek, F. A. Individualism and the Economic Order. Chicago: University of Chicago Press, 1948.

Ikeda, Sanford. Dynamics of the Mixed Economy: Toward a Theory of Interventionism. London: Routledge, 1997. 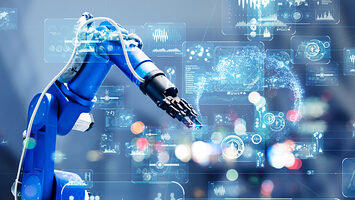 A Libertarian Vision for Technology 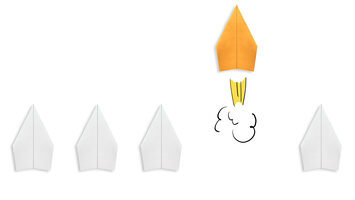 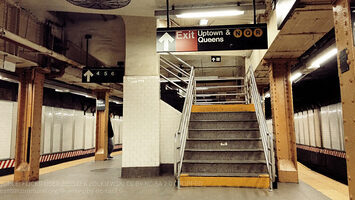 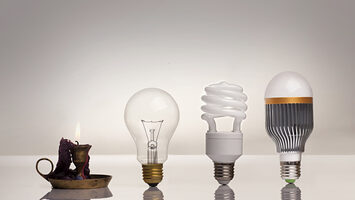 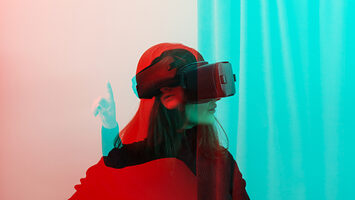 When Innovation Breaks the Rules

END_OF_DOCUMENT_TOKEN_TO_BE_REPLACED

Self‐​Sovereign Identity in the Blockchain Age

Do we really need (or want) the State to provide us with digital identification?

Adam Smith and the Digital Economy: Sympathy, the Impartial Spectator, and Social Media

Social media can expand our ability to sympathize with others, but it also makes it easy to dehumanize them.

COVID-19 Should Make Us Grateful for Technology

Human progress and global enrichment in particular are largely dependent on invention and innovation.

A Libertarian Vision for Digital Expression

The internet has unleashed expression, but has led to new forms of control. Decentralization will fulfill the internet’s libertarian promise.

A Libertarian Vision for Technology

Policies that embrace freedom, innovation, and entrepreneurship while accepting risk can provide humanity with the technology to make us all freer, healthier, and safer.

Advertising’s Value in the Economy of Attention

Advertising alerts consumers to the existence of options they didn’t know they had.

The internet is the world of opportunity for refugees.

Cryptocurrency Exposes the Fictions of the Nation‐​State

Fiat currencies rely on trust in the nation‐​state for legitimacy. Bitcoin undermines these myths and forms a more stable basis for our financial future.

A Republic of One‐​Square Kilometer

Užupis, which roughly translates into English as “behind the river,” is a bohemian, artistic, and free‐​spirited republic.

The Ethics of Surrogate Pregnancy

When it comes to surrogacy, libertarians and communists may be able to agree more than you might think.

Adam Smith and the Digital Economy: Connectedness and Gains From Trade

Smith’s work explored how markets enable strangers to cooperate for mutual benefit–and his insights help us understand the workings of the modern, hyper‐​connected world.

American was founded upon the immodest proposition that the best response to bad speech is more speech. It is a fundamentally democratic proposition, one that is as appropriate for the digital age as it was for the 1780s.

The turf war between government agencies over 5G could delay innovation and harm America’s international leadership in the technology.

How a Honey Bear Is Reinvigorating Cryptocurrency Mining

Satoshi Nakamoto hoped that crypto‐​mining would be decentralized, not the domain of large mining outfits. Honey Bear aims to realize that vision.

END_OF_DOCUMENT_TOKEN_TO_BE_REPLACED

Can We Fix U.S. Politics?

How Did We Get So Rich?

Do We Still Need Cities?

What’s a Life Worth During a Pandemic?

END_OF_DOCUMENT_TOKEN_TO_BE_REPLACED

Do you want to live in the world of Atlas Shrugged?

Are We Running Out of Resources?

Israel Kirzner on Ethics and Entrepreneurship