For Americans, Cato’s Letters is a reminder that the fight for liberty did not begin in 1776, and also that it will never end because the thirst for power is unquenchable. 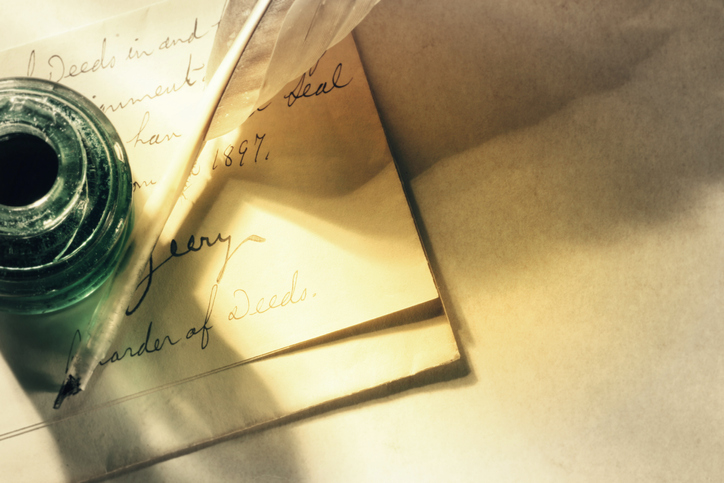 I grabbed a book off my shelf the other day that I had not read in years. The English Libertarian Heritage is a sampling of essays written three centuries ago by John Trenchard and Thomas Gordon. The pair as “Cato” published their provocative essays on liberty in the London Journal and British Journal between 1720 and 1723, naming themselves after Cato the Younger, who defended republican Rome against Julius Caesar.

The book’s foreword says that the essays, called Cato’s Letters, would years later “exercise a profound influence on the arguments put forward by American colonists in their struggles with the British crown.” The introduction quotes an expert saying the essays were “the most popular, quotable, esteemed source of political ideas in the colonial period.”

The American Founders praised the essays, and it is not hard to see why. Letter #59 argues that “Liberty is the unalienable right of all mankind.” Letter #62 defined liberty as “the power which every man has over his own actions, and his right to enjoy the fruit of his labour, art, and industry, as far as by it he hurts not the society, or any members of it, by taking from any member, or by hindering him from enjoying what he himself enjoys.”

Cato’s Letters heaps abuse on self‐​interested government officials and their misguided policies. Centuries before public choice theory, Trenchard and Gordon described government as it actually operated rather than as the public‐​interest fairy tales that governments want people to believe. Letter #60 argues, “The experience of every age convinces us, that we must not judge of men by what they ought to do, but by what they will do; and history affords but few instances of men trusted with great power without abusing it.”

Letter #17 describes “what measures are actually taken by wicked and desperate ministers to ruin and enslave their country.” Some of those measures are “contriving and forming wicked and dangerous projects, to make the people poor, and themselves rich; well knowing that dominion follows property,” and another is “by all practicable means of oppression, provoke the people to disaffection; and then make that disaffection an argument for new oppression.”

This government strategy will sound familiar to readers of Cato Institute commentaries:

They will engage their country in ridiculous, expensive, fantastical wars, to keep the minds of men in continual hurry and agitation, and under constant fears and alarms; and, by such means, deprive them both of leisure and inclination to look into publick miscarriages. Men, on the contrary, will, instead of such inspection, be disposed to fall into all measures offered, seemingly, for their defence, and will agree to every wild demand made by those who are betraying them.

Another government strategy is to convert temporary measures into permanent expansions of power, as noted in letter #115:

It is the nature of power to be ever encroaching, and converting every extraordinary power, granted at particular times, and upon particular occasions, into an ordinary power, to be used at all times, and when there is no occasion; nor does it ever part willingly with any advantage. From this spirit it is, that occasional commissions have grown sometimes perpetual.

When they were published, Cato’s Letters provoked an uproar. The government tried strong‐​arm tactics to suppress them, but that backfired, and the essays increased in popularity. The government then switched tactics and managed to silence the authors by subsidizing the owner of the London Journal. Sadly, that insidious government strategy is engrained in U.S. policies today. The federal government’s 2,300 subsidy programs tend to silence dissent and turn otherwise independent institutions such as businesses and charitable groups into tools of the state.

Trenchant and Gordon believed England to be the freest country in Europe. With Brexit, the British today have the independence to rediscover some of the libertarian ideas that they pioneered.

For Americans, Cato’s Letters is a reminder that the fight for liberty did not begin in 1776, and also that it will never end because the thirst for power is unquenchable. Government officials “wherever they were trusted with too much power, always abused it.” Government is a “Trust, which ought to be bounded with many and strong restraints, because power renders men wanton, insolent to others, and fond of themselves.”

Officials try to convince citizens that there is “difficulty and mystery” in government affairs “far above the vulgar understandings” of average folks. But letter #38 argues that government is not as complicated as officials make it seem: “Every ploughman knows a good government from a bad one, from the effects of it: he knows whether the fruits of his labour be his own, and whether he enjoy them in peace and security.” However, the public needs to invest in “thinking and enquiry” to see through all the self‐​interested mischief.

Cato’s Letters are available online from Liberty Fund here. The Cato Institute has provided commentary on the essays here and here.

Chris Edwards is the director of tax policy studies at Cato and editor of www.DownsizingGovernment.org. He is a top expert on federal and state tax and budget issues. Before joining Cato, Edwards was a senior economist on the congressional Joint Economic Committee, a manager with PricewaterhouseCoopers, and an economist with the Tax Foundation. Edwards has testified to Congress on fiscal issues many times, and his articles on tax and budget policies have appeared in the Washington Post, the Wall Street Journal, and other major newspapers. He is the author of Downsizing the Federal Government and coauthor of Global Tax Revolution.