Cracks in the Ivory Tower: A Dispiriting Assessment of Higher Education

A review of an extraordinary analysis that tackles the problems besetting the world of higher education. 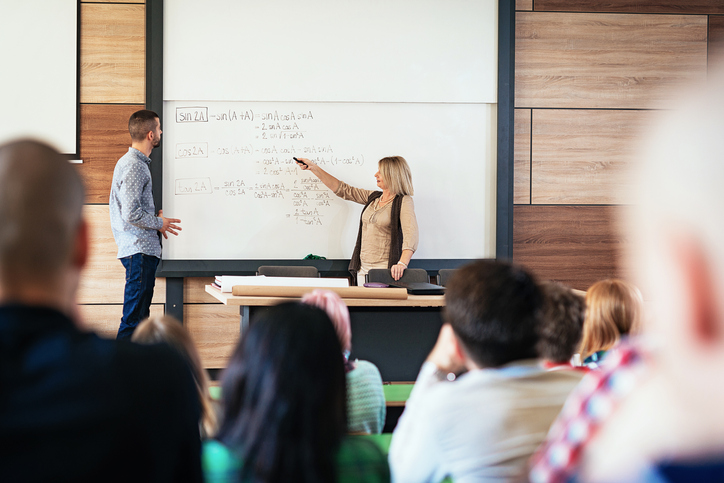 Jason Brennan and Phil Magness’s book Cracks in the Ivory Tower is a must-read for all academics. I don’t say that as hyperbole – everyone who participates in higher ed (administrators as well as faculty) really needs to read this impressive (and depressing) analysis of the problems besetting our profession in order to better understand the things we frequently complain about.

All but 5 pages of this book have persuaded me of the authors’ point of view. Let me get this disagreement out of the way, since I intend to endorse the other 317 pages. On pp. 142-147, Brennan and Magness argue against the institution of tenure. As I argued in a Freeman essay (co-authored with Steve Horwitz), and in a piece in the Journal of Markets and Morality, the institution of academic tenure is a vital component of professors’ ability to do their jobs. I recognize several flaws in the way that the tenure system is often structured, and have made suggestions as to how those ought to be remedied – and indeed, the source of those flaws is well accounted for by the arguments Brennan and Magness make. Still, I remain unconvinced that tenure should be abolished.

The rest of the book is all thoroughly persuasive, and depressingly so. A lot of the things academics complain about are empirical matters, and Brennan and Magness are good with data.  The book is fully sourced, so when they claim that some charge or other is belied by the facts, they can back that up. One thing I realized reading this is that even though most of us are aware that anecdotes aren’t data, we tend to think of our own anecdotes as data, or at least “data-ish.” But the thing about cognitive biases is that we can all fall victim to them. When a student from 20 years ago writes a nice note saying how meaningful the class was, it’s heartwarming and genuinely appreciated, but what we don’t notice is the thousands of other students who didn’t write. Did we have a similar impact on them?  Hard to say. Of course we would all like to think we did, and we probably impacted more students than took the time to write. But whether, in general, we are successfully imparting the skills and knowledge we think we are, that’s an empirical matter, and if the data suggest we overestimate it, all the worse for our self-image. Many sacred cows of higher ed turn out to be based on a romanticism that is undercut by the data.

In general, Brennan and Magness think that we can understand the causes of most of what we complain about if we understand the way incentives matter to people’s decision-making.  Bureaucracies have their own internal logic to them, and the higher-ed administrators that faculty love to complain about are easier to understand when the incentives are explained.  But: we (the faculty) also face perverse incentives which cause us, too, to act poorly. Public choice analysis lets academics see why politicians do what they do, but we fall into the same patterns ourselves. We would all do well to engage in some self-discovery here, though the depressing part is that it’s hard to see how those incentives could be changed.

Brennan is a philosopher and Magness a historian, but it is basic insights from economics that drive much of their analysis. The role of incentives is one example; another is the reality of trade-offs. Since every dollar of the university’s budget that is spent on Thing One is therefore not available to be spent on Thing Two, the justification for Thing One has to involve more than just “it would be good,” but furthermore that it’s a better use of funds than Thing Two. And the same is true with respect to government funding for higher ed – every dollar spent on higher ed is a dollar not spent on, e.g., health care. Are the trade-offs worth it? How would one know?

Questions like that permeate the book. Why do we use student evaluations? Because we want to measure instructional effectiveness. But what if they don’t do that? Why require general ed courses? Because we think students should know those things. But what if those courses don’t result in them knowing those things? These are legitimate questions, and there are empirical components to their answers—answers which many people won’t like. But why should anyone dislike them? If I thought I could cure the pain in my elbow by taking a particular medication, and then I were shown empirical evidence that the medication doesn’t help my elbow but does cost me a lot of money, shouldn’t I be happy to be shown this? That my illusion was shattered ought to matter less to me than fixing the pain in my elbow.

I’m not sure whether it’s more depressing or less depressing that a lot of the bad behavior they analyze is explained by cognitive bias and rational response to perverse incentives.  But surely the first step to fixing a problem is understanding the problem.  Brennan and Magness do a thorough job showing why the problem isn’t “increased corporatization,” “neoliberal ideology,” “massive funding cuts,” or several other bugbears. It also isn’t pure venality (at least not wholesale; surely there are some venal actors); people may be truly committed to some cause or other and have good intentions.  But meaning well, as the authors note, is not a substitute for doing good.

The authors are careful not to make their argument about “left-vs-right,” although it will surely be characterized that way by the sort of person who assumes that any discussion of trade-offs or perverse incentives in higher ed must be some kind of conservative plot to undermine support for higher ed.  They specifically shy away from conservative talking points about “left wing faculty indoctrinating their students” and other arguments that could easily be pigeonholed as politically biased. But the problems discussed tend not to be easily analyzable as left-vs-right, and are instead a matter of cognitive biases, romantic thinking, and perverse incentives that afflict people of all political stripes.