Curse Those Scrooge-like [fill in your favorite Grinch]: Examining the Myths about Charitable Giving

“Giving is up…. And individuals give more than corporations, foundations and bequests put together.” 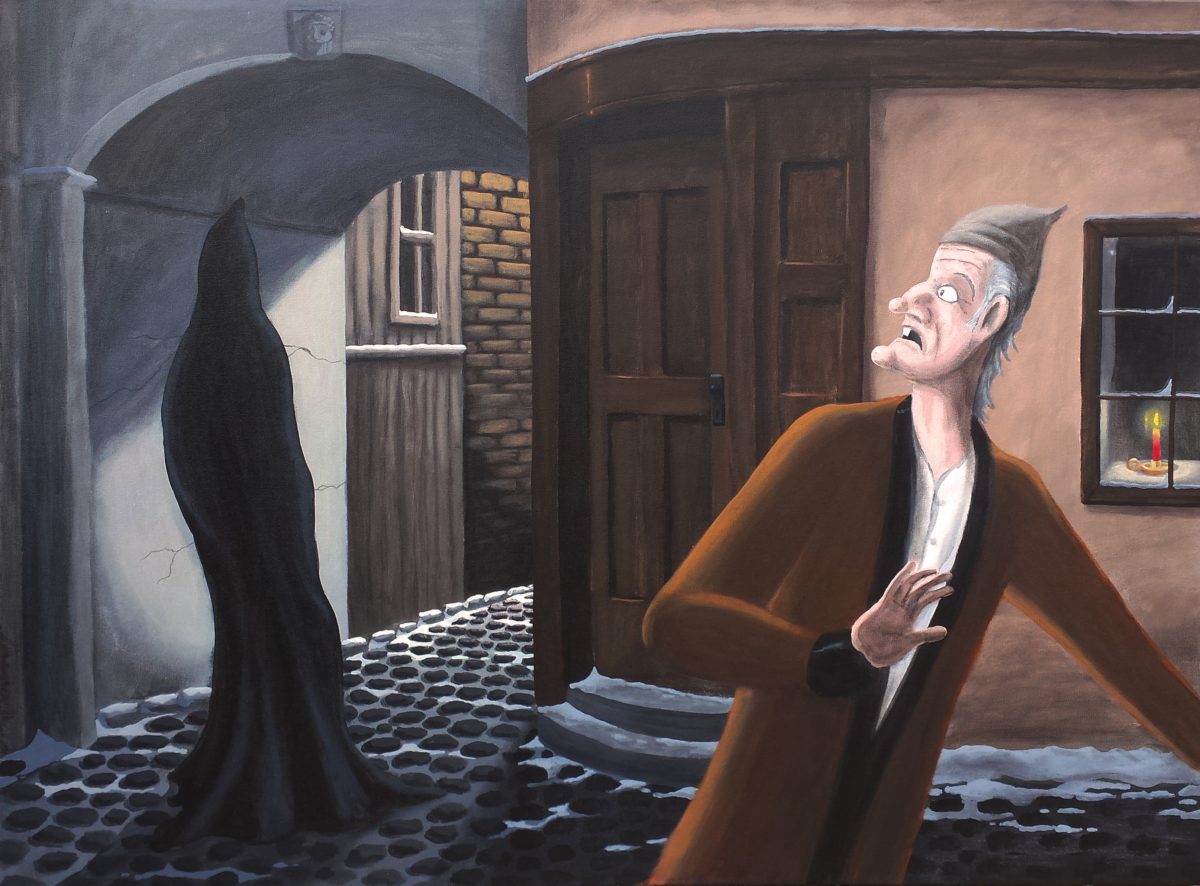 This holiday season so traditionally filled with giving might be a good time to examine the question of charity. A lot of myths about who does and does not give are still out there in many quarters.   Americans are selfish. Conservatives are selfish. Libertarians are selfish. We’ve heard them all. But are they true?  Many libertarians assert that the answer is no. But let’s look at the actual evidence. Too many ideologues like to spout claims without offering proof. I’m not going to do that.

First of all, Americans give to charity in huge numbers:

Americans gave an estimated $358.38 billion to charity in 2104, surpassing the peak last seen before the Great American Recession, according to the 60th anniversary edition of Giving USA, released today. That total slightly exceeded the benchmark year of 2007, when giving hit an estimated inflation-adjusted total of $355.17 billion.

The 2014 total jumped 7.1 percent in current dollars and 5.4 percent when inflation-adjusted over the revised estimate of $339.94 billion that Americans donated in 2013, according to Giving USA 2015: The Annual Report on Philanthropy for the Year 2014.

In addition, 2014 marked the fifth year in a row where giving went up; the average annual increase was 5.5 percent in current dollars (3.4 percent when inflation-adjusted).

All four sources that comprise total giving—individuals (72 percent of the total); corporations (5 percent); foundations (15 percent); and bequests (8 percent)—upped their 2014 donations to America’s 1-million-plus charities, says the report, which is the longest-running and most comprehensive of its kind in America. Giving USA is published by Giving USA Foundation, which was established by The Giving Institute to advance philanthropy through research and education. The report is researched and written by the Indiana University Lilly Family School of Philanthropy.

Let me emphasize several points: Giving is up in every category. And individuals give more than corporations, foundations and bequests put together.  The Giving Institute reports that

Americans also give more in charity per capita than other countries.  “Based on giving alone, the U.S. comes first, giving 1.85% of GDP, followed by Israel at 1.34% and Canada at 1.17%.” writes Elizabeth Eaves at Forbes.  “For all its polyglot shifting,” she continues, “U.S. culture is unique when it comes to a belief in philanthropy. It’s a value that may be rooted in Christian tithing, but has spread to the secular world. Maybe it’s a recognition that with individual freedom comes responsibility, too.”

Eaves also points out what libertarian writers have also noted: “Among developed nations, those with higher taxes and bigger social safety nets tend to have lower rates of giving. In charitable giving as a percentage of GDP, nations with cradle-to-grave welfare systems rank far down the Johns Hopkins list: Sweden 18th, France 21st, Germany 32nd.”

In 2006 libertarian journalist John Stossel also made a good point about American giving. “After the tsunami three years ago,” he writes, “the U.S. government pledged approximately $900 million to relief efforts, but American individuals gave $2 billion in food, clothing and cash. He also wrote that Carol Adelman of the Hudson Institute, who published her findings in the institute’s “Index of Global Philanthropy” reports that while the U.S. government gave about $28 billion in foreign aid in 2005, Americans gave $33.5 billion privately.

“Democrats see themselves as the generous party, the saviors of the needy, the elderly, the minority underdog against the cruel hand of fate and Republicans,” writes conservative author Karen McQuillan. But the reality is quite different:

Liberals are right: there is a difference in caring that shows up along party     lines.  Conservatives give more, a lot more.  They aren’t content with good-hearted wishes, they do good deeds, turning wishes into actions.  Conservatives are ten times more personally charitable, even to secular causes.  They do far more volunteer work.  They even give more blood.  Conservatives do more to help the poor, the sick, minorities, the environment.  People who want small government give an average of $1600 a year versus a measly $140 given by redistributionists.  It’s not because conservatives are richer; the opposite is true.

Liberals try to combat such claims by asserting that a lot of conservative charity goes to churches, as if that was inherently bad. It’s true that much of the tithing or donating to places of worship is not going to help the poor. “The degree of religious contribution is important,” reports the LA Times, “because a 2007 study by Indiana University found that only 10% to 25% of church donations end up being spent on social welfare purposes, of which assistance to the poor is only a subset.” But the difference in giving between conservatives and liberals still remains, even taking that into account. Let’s say hypothetically that only 15% (picking a number between that 10 and 25%) of conservative giving goes to social welfare. That’s $240 and still more than the average liberal contribution of $140. Conservatives still come out better.

In a review of the Arthur Brooks book Who Really Cares?: The Surprising Truth About Compassionate Conservatism, the reviewer writes that

Religious people do not outperform secularists in charity simply because of their gifts to      houses of worship. Religious people are, inarguably, more charitable in every measurable way” (emphasis in original, p. 40), and the reason is due to religion. “In 2004, self-described liberals younger than thirty belonged to one-third fewer organizations in their communities than young conservatives. In 2002, they were 12 percent less likely to give money to charities, and one-third less likely to give blood.” Brooks goes on to make the case that ideology about government income redistribution leads liberals to substitute political ideology for actual giving.

Libertarian writer and now-editor of Reason magazine, %20kmw [at] reason.com (Katherine Mangu-Ward), also notes in commenting on Brooks’ book, that

Brooks shows that those who say they strongly oppose income inequality give over 10 times more to charity than those who strongly support government intervention, with a difference of $1,627 annually versus $140 to all causes. The average donation to educational causes among redistributionists was eight dollars per year, compared with $140 from their ideological opposites, and $96 annually to health care causes from free marketeers versus $11 from egalitarians.

A 2002 poll found that those who thought government “was spending too much money on welfare” were significantly more likely than those who wanted increased spending on welfare to give directions to someone on the street, return extra change to a cashier, or give food and/or money to a homeless person.

We’ve all heard the rants. Libertarians are selfish. Perhaps mentioning a book they’ve never read, let alone understood (Ayn Rand’s The Virtue of Selfishness), perhaps invoking the image of rapacious capitalists (you know, the crony capitalism that NO libertarian actually approves of), the rants go on. Here are some samples:

“The plain fact is, libertarians by and large are simply not much bothered by social and economic inequality: their hearts bleed for the rich and successful, not for the underprivileged.   I’m not saying that libertarians are actively hostile toward or contemptuous of the poor, only that they don’t much care about them.”

“Libertarians might say that they do care about issues like homelessness, but that only the market and private charity can correct for these issues, and if they don’t, then the issue didn’t really “need” to be fixed in the first place. If people actually cared, they would do something about it. Making someone contribute housing homeless people is just as much of, if not more so, a moral failure than being idle while the problem persists.”

But here is the hard fact. No one actually knows how much libertarians give to charity. I pored through 10 pages of a Google search and found nothing. So the leftists who claim libertarians are selfish and imply that they don’t give to charity have no proof. No one that I could find has ever done a poll of libertarian giving. So these leftists are blowing hot air. No surprise. That’s what ideologues of all stripes often do in the service of their beliefs. They are 3xamples of the True Believers that Eric Hoffer wrote about in his insightful book of the same name.

Because I am a social psychologist, I know how to do surveys. I’ll like to do one someday on this topic since no one else has bothered. But in the meantime, I threw out an informal question to people on my Facebook page. Not scientific, of course, but still more information than anyone else has. I found that the responses exceeded my expectations. These 30 plus libertarians who responded on average gave to 4.2 charities. They ranged from the obvious political choices like the ACLU, Amnesty International, and Doctors Without Borders to animal and nature nonprofits like the Nature Conservancy [I myself have been giving to it since 1988] and local humane societies and animal shelters. From well-known charities like St Jude and the Salvation Army to hometown charities that help the individual poor, the responses were heartwarming.  Many libertarians also volunteer their time at helping organizations and animal shelters. I can’t know how representative these responses are but I know they show that many libertarians are just as caring and giving as any other group of people. So I’m not buying the stereotypes.

Believing in stereotypes makes many people feel good. It makes them feel less uncertain, makes them feel better about themselves. But however comforting it may be to believe that one’s political opponents are heartless monsters, it’s intellectually dishonest. Most political groups (perhaps we can exclude ones like the KKK!) have both good and bad individuals, thoughtful and thoughtless people. In this season of charity and good will, let us recognize that judging people only by their group membership is not appropriate and, for libertarians, not in the spirit of the individualism which we profess to accept. Let us celebrate those people of whatever ideology or none at all who give out of the goodness of their hearts to help others. Isn’t this is in the best spirit of the December holiday season?

Sharon Presley, Ph.D. is the Executive Director of the Association of Libertarian Feminists and co-editor of Exquisite Rebel: The Essays of Voltairine de Cleyre.  She is editor of Libertarianism and Feminism: Individualist Perspectives on Women, Men, and the Family, an anthology in progress. As a social psychologist, her specialties are gender studies and obedience and resistance to authority. A long-time libertarian activist, she is the co-founder of Laissez Faire Books. Her articles have appeared in Reason, Liberty, and other libertarian magazines.