Horwitz outlines his editorial vision for economics content on Libertarianism.org. 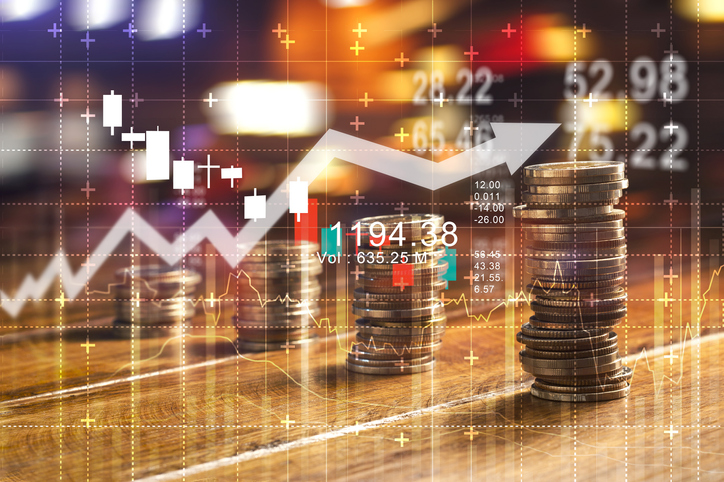 It is with great pleasure that we begin an expansion of our economics education offerings here at Libertarianism.org. Our plan is to create a space for a variety of different economists to explore both core concepts in economics and the ideas of particular economists and thinkers in related disciplines. Our goal is to offer a resource for those interested in classical liberal ideas who want to learn more about economics. Our approach will be to focus on concepts and thinkers, with applications used for illustrative purposes. We hope to create something of an ongoing seminar in basic economics.

One of my motivations for taking on this role is the way in which I came to economics as an undergraduate. I became a libertarian at around age 15 after reading Robert Ringer’s Restoring the American Dream, quickly followed by Murray Rothbard’s For a New Liberty. (There’s nothing like diving right in to the deep end!) Over the next couple of years, I read lots of Ayn Rand, more Rothbard, and subscribed to multiple libertarian magazines. When I arrived at the University of Michigan in the fall of 1981, I intended to be a computer science major. Needing a fifth class in the spring semester of my first year, I thought it might be a good idea to take an economics course if I was going to continue to be interested in libertarianism. Knowing some economics, I thought, would help me better understand and defend my ideas.

I then had the experience that so many professional economists have had. A few weeks into that introductory course, I felt like I was getting a systematic version of the way I’d always intuitively seen the world. Not only did the world “make sense” in a way it had not before, but the way economics approached it came very easily to me, given how much it validated my pre-theoretical intuitions. I had not declared a major at that point, but I quickly declared economics a semester later and added a philosophy major on in my junior year, thinking that it too was important for being able to better understand and defend my ideas. From somewhere around my sophomore year, it was also clear to me that I wanted to spend the rest of my life working in the world of ideas (perhaps unsurprisingly, being the son of a college professor) and I even knew enough to think going to George Mason University for the PhD in Economics was the way to go. And, 35 years later, here we are.

The experience of thinking that knowing more economics would be helpful for understanding and better defending classical liberal ideas is what I hope to recreate here. A variety of institutions and publications have played this sort of role in the history of the libertarian movement. As is to be expected, some of those institutions and publications have disappeared, while others have changed their missions in ways that have moved them away from the task of providing ongoing economic education to those already interested in libertarian ideas. Filling what now appears to be just such a gap is what we hope to do.

Having spent more than a decade on social media and in the blogs watching libertarians do their best to defend free enterprise to their friends and critics, I think there is work to be done in enabling libertarians do this work better. An example, and one that informs the culture I hope to create here, is the way in which too many libertarians divide economics and economists into “Austrians” (and perhaps Chicago School folks) and “Keynesians.” The reality, of course, is that there are a whole variety of schools of thought in economics, and the vast majority of economists are neither Austrians nor Keynesians. If libertarians over-simplify the discipline of economics, we will fail to persuade anyone who knows a little bit about what economics is really like.

Similarly, when libertarians insist that most economists are “statists” or the like, they radically under-estimate the general appreciation for markets held by the clear majority of economists. The arguments for government regulation offered by many economists are not part of a more general distrust of markets. They are often very particular cases that those economists believe are examples of “market failures” resulting from specific elements in those industries or markets. Making the case for markets and against regulation in those examples will require a more subtle understanding of the models economists use and what their limits might be. Calling such economists, or those who use their arguments, “statists” or “planners” will not be persuasive.

One can make similar points about macroeconomic policy as well. The misunderstandings about the origins and functions of the Federal Reserve System are widespread among the Fed’s critics, including libertarians. There is plenty about the Fed to criticize, but getting our facts and history wrong will not lead to persuasive criticisms, especially when libertarians drift into conspiracy stories found on the alt-right. If we want to be more successful in persuading people of the very real problems with the Fed, or with other aspects of monetary and fiscal policy, we’re going to have to demonstrate that we understand the concepts, history, and institutions under discussion.

The good news is that economics as a discipline is more market-friendly than it was when I was an undergraduate in the early 1980s, and far more so than 20 or 30 years before that. The patient work of a variety of scholars, many of them classical liberals, has contributed to that shift. For example, Milton Friedman and Anna Schwartz’s Monetary History of the United States (1963) almost single-handedly began the demise of old-fashioned Keynesianism, and work by many others has transformed the discipline’s thinking about competition, monopoly, and antitrust.

Libertarians who want to be more knowledgeable about economics need not fear that the discipline is the enemy. There is a great deal in both mainstream economics and in more heterodox schools like Austrian economics that can support classical liberal arguments. As the Austrian economist Peter Boettke has put it, we want to learn not from “mainstream economics” (which is simply a sociological concept of where the majority views are) but from mainline economics. Mainline economics is the long history of thought from Smith to Menger to Mises and Hayek to Buchanan, Ostrom, Friedman, Alchian, as well as to thinkers alive and contributing today that has been concerned with understanding how the right sets of institutions will generate positive unintended consequences from the largely self-regarding choices of individuals.

How dispersed and diverse individuals, each with their own fragments of articulate and tacit knowledge, are able to communicate, coordinate, and cooperate through undesigned social and economic institutions, and how even well-intentioned attempts at top-down social design frustrate that process, remains the fundamental set of questions at the heart of mainline economics. It is my hope that the work we do here at Libertarianism.org will enhance your understanding of the important thinkers who have explored those questions and the key concepts they used in doing so.