Smith discusses the inevitability of holding some false beliefs and what can be done to minimize this problem. 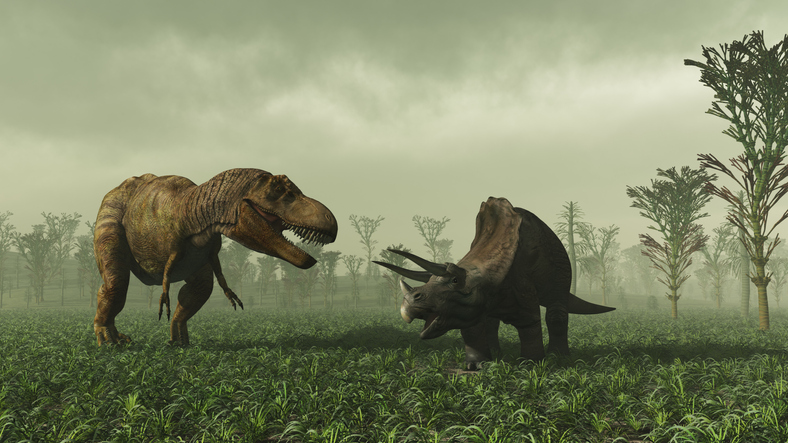 Like other fallible beings, I undoubtedly have some false beliefs. In my last essay, after modestly speculating that my false beliefs may comprise 1 percent of my total beliefs, I declined to suggest any rules or systematic method by which I could identify (and possibly correct) those false beliefs, because I don’t know of any way to pin them down. Quite by accident, however, I recently came face to face with one of my false beliefs when an Internet friend posted a link to an article that called into serious question the common belief that dinosaurs roared. This article quotes the conclusion of paleontologist Julia Clark: “Roaring is biologically implausible for dinosaurs.”

To quote from another article on the same topic, which drew from an article published in the journal Nature:

Sixty-eight million years ago when dinosaurs roamed the Earth and Antarctica was warm and pleasant, a bird that looked like a cross between a duck and a goose filled the Antarctic skies with a deafening, honking call. Scientists know this through analysis of the oldest fossilized syrinx — a bird’s equivalent of a voice box.

The organ, nicknamed the “squawk box,” was a syrinx of Vegavis iaai, a Cretaceous-age bird found on Antarctica’s Vega Island 66-69 million years ago. The discovery, outlined in the journal Nature, offers key, tangible evidence not only for what some prehistoric birds sounded like, but also birds’ oversized relatives — dinosaurs.

Since birds evolved from dinosaurs, they may have developed the syrinx later — and dinosaurs likely never developed it. This means dinosaurs might not have been able to make noises similar to bird calls. In fact, it’s also likely dinosaurs did not roar.

Prior to reading these articles, I believed that dinosaurs—especially large and ferocious dinosaurs like the T-Rex—roared. Why did I accept the truth of this proposition? I cannot say that I believed in roaring dinosaurs on the testimony of paleontologists and other experts, since I was (and am) unfamiliar with the professional literature about dinosaurs. Yet I believed in roaring dinosaurs for as long as I can remember, and this belief almost certainly originated from watching dinosaur movies as a kid. This was a belief that I never questioned. It was also a belief that I probably never would have questioned, had I not read the articles mentioned above. Even if I had complied an inventory of my questionable beliefs—beliefs that I should examine more closely—it is unlikely that my belief in roaring dinosaurs would have made the list. This possibility would never have entered my mind.

It is obvious that we should not be held responsible for our invincible errors, since we had no way of avoiding those errors in the first place. But what about our vincible errors?—those mistakes that we could have avoided if we had devoted more care to examining our beliefs? I previously discussed W.K. Clifford’s hypothetical of a shipowner who convinces himself that his ship is seaworthy by ignoring or suppressing evidence to the contrary. This is a case of vincible error—a false belief that qualifies as immoral, according to Clifford. But not all vincible errors are of this type. Many false beliefs arise not from deliberate evasion of the facts but from the inescapable limitations of time and resources needed to investigate a knowledge claim thoroughly. This type of vincible error sometimes occurs when we rely upon the testimony of a scientific expert for the truth of a theory that we are unable to verify personally. What if that theory turns out to be false or deeply flawed? Could we have avoided making the same error as the scientist on whom we relied? Well, that might have been possible if we had decided to study the relevant science intensively, thereby bypassing the cognitive middleman by becoming experts ourselves. But it is clearly impossible for any single person to become an expert in every science, so everyone (including scientists) must rely for much of their scientific knowledge on the testimony of experts in a variety of fields.

In one sense, therefore, a mistaken belief based on the testimony of a reputable scientist (or any other expert) is a vincible error, because in theory we might have avoided the error by becoming experts ourselves in the relevant field of knowledge. But this is a highly unrealistic option in most instances; and in this sense our error was invincible. My point here is that the distinction between vincible and invincible errors, though fairly clear in the abstract, can easily become muddled when we attempt to apply these categories to specific cases.

The Importance of Philosophy

If, as I have claimed, we will inevitably accept some false propositions as true, and, moreover, we will never be able to identify some of our false beliefs, then how can we ever hope to keep our cognitive house in order?

The key to dealing with the inevitability of holding false beliefs is to understand the crucial importance of fundamental beliefs and principles that potentially apply, in some manner, to every belief we hold. If we imagine our beliefs to be individuals waiting in a long line to be interrogated one at a time, we should not permit those individuals to arrange themselves randomly and then examine each one as it comes to the front of the line. Rather, we should place our fundamental beliefs in the front of the line and deal with them first. And since our most fundamental principles are the province of philosophy, we should give top priority to our philosophical ideas and theories. A mistaken belief in the existence of roaring dinosaurs is insignificant and inconsequential in the grand scheme of things (unless, perhaps, one is a paleontologist instead of a layperson with only a casual interest in dinosaurs). But the same cannot be said of our philosophical beliefs, which have serious implications for our other beliefs. An erroneous theory of knowledge may cause us to be overly credulous or overly skeptical about knowledge claims in general. Even worse is to have no understanding of, or interest in, cognitive standards and what is required to justify our beliefs.

Reasoning is a skill that must be learned and practiced over time until it becomes habitual—part of our second nature, so to speak. But without a basic knowledge of the principles of reasoning we will be without a rudder to steer our course. If we do not know the principles of sound reasoning we will be unable to tell when we are reasoning correctly and when we are not. It does no good to practice reasoning if we employ flawed standards. To practice erroneous reasoning will only make us prone to commit additional errors in the future. And if flawed reasoning becomes habitual, it may become extremely difficult, indeed nearly impossible, to break this habit and adopt correct standards instead.

The Virtue of Reasonableness

Philosophers in the Aristotelian tradition define virtue as “a morally good habit.” A habit is a learned and automatized pattern of action. When we do something repeatedly without thinking about it, we are acting from habit.

People are sometimes said to be creatures of habit. This does not mean that we are necessarily slaves to habit or that we cannot change undesirable habits. But we do undertake most of our everyday actions from habit rather than from conscious deliberation. Consider the many actions needed to drive a car. Working the pedals, steering, glancing in the rearview mirror—these and similar actions would be unmanageable if each had to be performed consciously.

Consider also how we learn to drive a car. We focus on basic maneuvers, and we repeat (practice) these maneuvers until they can be performed automatically. Then we proceed to more difficult tasks, repeating these actions until they, too, become automatic. As each new task is mastered so that it can be performed habitually, the conscious mind is able to focus on other concerns, such as watching out for pedestrians or avoiding hazards.

A virtue is a good habit, but it is more: it is a morally good habit. A virtue promotes a morally good purpose—a good purpose, in other words, that has moral significance. An action is morally significant if it involves issues that are fundamentally important to human life and well-being. What are the basic principles according to which one should live? How should one deal with other people? What are the roles of reason and emotion in living a good life? These and similar questions are essential to human existence and thereby have moral significance. Such questions and their answers fall within the sphere of ethics, or moral philosophy.

Reasoning is a goal-directed mental process, and its goal is knowledge. (This distinguishes reasoning from thinking, a much broader category of mental activity.) The knowledge sought through reasoning may be practical or theoretical, trivial or significant; but when you engage your mind in the quest for knowledge, you are engaged in a process of reasoning.

Knowledge is essential to human life and happiness, so the acquisition of knowledge is inextricably linked to one’s pursuit of the good life. Reasoning is the method by which knowledge is acquired. Reasonableness is the fundamental virtue which makes the good life possible. It is the Queen of Virtues.