The 19th‐​century historian Henry Thomas Buckle expressed the view of many of his liberal contemporaries when he called religious persecution “unquestionably the greatest evil men have ever inflicted on their own species.” W. E. H. Lecky also found fertile soil in the history of persecution for his extensive investigations into the influence of ideas on the course of Western civilization. As he wrote, “the burnings, the tortures, the imprisonments, the confiscations, the disabilities, the long wars” precipitated by religious intolerance were chiefly due to men of unimpeachable character, “whose lives were spent in absolute devotion to what they believed to be true.”

Lord Acton was another classical liberal for whom the history of religious freedom provided a case study in the development of individual freedom in general. “Liberty of conscience is the first of liberties,” according to Acton. This liberty is the “underlying principle” of individual freedom, and it “was in the strife for liberty that conscience came to the front.”

Religious institutions played a key role in Acton’s history of freedom in European civilization. For centuries after the fall of the Western Roman Empire, the church was the only institution with the authority to challenge the power of feudal lords, monarchs, and emperors. Church and state contended for power, and if either had achieved total victory, “all Europe would have sunk down under a Byzantine or Muscovite despotism.”

A consistent principle of freedom was never upheld by either church or state, according to Acton, but while competing for allies, they granted sundry immunities and privileges to towns, parliaments, universities, guilds, and other corporations. These institutions were eventually able to resist the power of both church and state, so there evolved a decentralized system of power unknown to the ancient world and the East. Institutional barriers to arbitrary and absolute power, long advocated in theory, now existed in fact. Individual liberty was a fortunate by‐​product of this system of decentralized power.

If these institutional factors may be said to have produced freedom as an unintended consequence, it also is true that religious freedom was defended with various theoretical arguments and from different ideological perspectives. Tertullian, an important figure in the early Latin church, called freedom of conscience “a fundamental human right.” One’s religion “neither harms nor helps another man,” so governments should not interfere. Moreover, Tertullian contended that “free‐​will and not force” is the proper basis for religious belief. Similar arguments were proposed by Christian apologist Lactantius, according to whom “religion cannot be imposed by force,” but “must be carried on by words rather than by blows, that the will may be affected.” This argument, which maintains that religious faith cannot be meritorious unless freely given, would later play a major role in the Christian case for toleration.

Christian pleas for toleration became less common after Constantine issued the Edict of Milan (313), which established religious liberty as a fundamental principle of public law. Constantine then bestowed special favors on the Christian church, effectively renouncing certain sections of the Edict. His Christian successors continued to extend a degree of religious freedom until Theodosius totally revoked the Edict of Milan during his despotic reign. This emperor established orthodox Christianity as the official religion, outlawed pagan worship and rituals, and decreed severe penalties for heresy. Thus, in the words of Lord Acton: “Christianity, which in earlier times had addressed itself to the masses, and relied on the principle of liberty, now made its appeal to the rulers, and threw its mighty influence into the scale of authority.”

Even after the church abandoned the notion of liberty of conscience, it sometimes functioned as a protective buffer between the state and the people. “Render unto Caesar the things that are Caesar’s, and unto God the things that are God’s”—these words of Jesus suggested a sphere in which the church reigns supreme, a sphere immune to state power. Ambrose, Bishop of Milan from 374 to 397, fiercely defended this principle. No friend of religious liberty, Ambrose nevertheless believed in the independence of the church: “Palaces belong to the emperors, churches to the priesthood.” He also believed that the church could call secular rulers to account. “Thou art a man,” said Ambrose to Theodosius after this despot had ordered a brutal massacre in Thessalonica. Threatened with excommunication, Theodosius submitted to Ambrose’s demand for public penance. As this astonishing story was recalled in later centuries, it did more to limit state power than volumes of theory.

The most influential arguments for persecution were put forward by St. Augustine, who defended “righteous persecution,” a policy he deemed necessary “in order that men may attain eternal life and escape eternal punishment.” Although Augustine conceded that a person cannot be compelled to believe something in the absence of sufficient evidence, he contended that coercion is able to change a heretic’s mental attitude and make him more receptive to receive the truth by contravening the influence of bad habits, indifference, and sloth.

Arguments for religious freedom began to reappear after the Protestant Reformation shattered the religious unity of Europe. Although many of the great Reformers opposed toleration, especially for Catholics and Anabaptists, the appearance of a bewildering array of Protestant sects generated civil wars and other political problems that could only be solved with pragmatic concessions to toleration. These practical solutions were accompanied by new arguments for toleration, which gained momentum after Michael Servetus was burned at the stake for heresy in 1533. John Calvin, who had engineered this execution of a fellow Protestant, was condemned by the French Protestant Sebastian Castellio. In Concerning Heretics, Castellio quoted extensively from church fathers and later theologians who had defended toleration.

At this time, Basel was a center of the movement for religious toleration, thanks largely to the influence of the Catholic humanist Erasmus, who had lived there for 7 years. It was while living in Basel that Castellio influenced a number of people who would later carry the torch of toleration throughout Europe. The Italian scholar Jacobus Acontius, who was strongly influenced by Castellio’s views, wrote Satan’s Stratagems, a remarkable indictment of persecution, and Mino Celso quoted liberally from Castellio in his defense of toleration. Benardino Ochino, a friend of Castellio’s and a former Franciscan monk, argued that “it is not needful to use sword or violence” when driving Satan from the hearts of men. Castellio’s writings also influenced Faustus Socinus, a founder of Unitarianism and a strong voice for toleration in Poland, which became the first country to adopt an official policy of toleration during the 1570s.

It was in 17th‐​century England that the theoretical case for religious freedom was most fully developed. Various radicals challenged the religious and political status quo during the 1640s, a decade of religious ferment and civil war that produced hundreds of controversial tracts. The case for toleration was broadened and placed on firmer ground as radicals proclaimed freedom of conscience to be a natural right that should fall beyond the reach of government. This libertarian trend is especially evident in the tracts and political platforms of the Levellers, who advocated religious freedom for everyone, including atheists and Catholics. This proposal was so unusual that even other proponents of toleration, such as John Milton and John Locke, who wrote several decades later did not endorse it.

The Levellers viewed religious freedom as a corollary of one’s “self‐​propriety,” or “property in one’s person,” as John Locke later called it. This theory of self‐​ownership became the foundation of later libertarian treatments of what James Madison and many of his contemporaries dubbed “property in one’s conscience.” This argument from natural rights became the standard rejoinder to the Augustinian case for “righteous persecution.” Natural rights establish boundaries to coercive interference by others even when it is motivated by good intentions.

Liberty in the Ancient World

Separation of Church and State 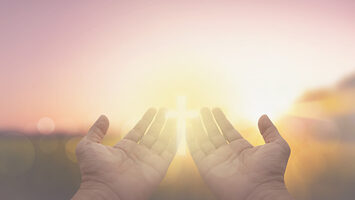 The Effects of Liberty on Religion 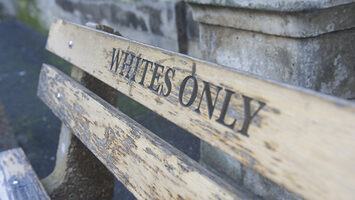 When Should Discrimination be Allowed? 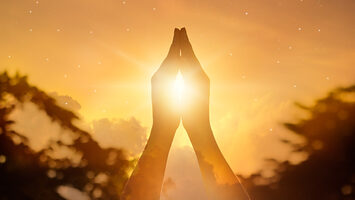 Soul Liberty, Toleration, and the Emergence of Religious Freedom in the Colonies 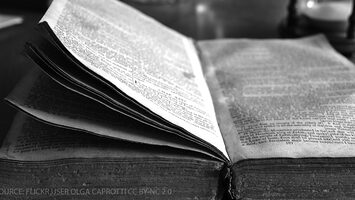 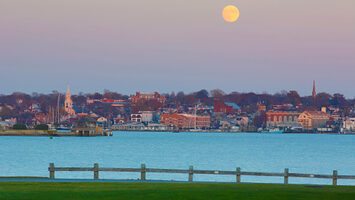 An Open Society: A Biography of Roger Williams

END_OF_DOCUMENT_TOKEN_TO_BE_REPLACED

The Buddhist Insight that Explains Our Broken Politics

The parable of the two arrows helps us understand why our politics seems so broken and harmful, and how we can fix it.

Ammon Hennacy believed he had a duty as a Christian to help others directly and to oppose the state.

Anarchism is not solely a western idea; in the east, Islamic thinkers have also theorized about life without a state.

The Catholic case for political liberty is found in recognizing that God‐​given dignity entails individual liberty.

If Buddhism Requires Anarchism, Why Didn’t the Buddha Say So?

Three reasons why the Buddha avoided the political implications of his ethical views.

Engaged buddhists too often lean progressive because they don’t understand the fundamental nature of the state that they rely on.

Ethiopian victory over the Italians inspired resistance to empire for generations, across the globe.

How did Ethiopians remain independent while Europeans carved up the rest of their continent?–with a culture of resistance fifteen centuries old.

Rothbard against the Christian Reconstructionists

The Founders Take on Masterpiece Cakeshop

To bake or not to bake?–What would those who actually ratified the First Amendment do?

For many women, resisting oppression meant turning a critical eye toward religious authorities.

The Lamb’s War: A Lamb’s Armor

Despite two decades (and more) of conservative suppression, radical Quakerism lived on over the ages thanks to pamphlets like Nayler’s.

The Lamb’s War: How Primitive Quakers Turned the World Upside Down

For radical early Quakers like James Nayler, resistance was a way of life. In the “Lamb’s War” on Satan, they were called to open hearts, not end lives.

After Nestor: A Puppet for a God

In these four short pieces, Tucker takes on readers and radicals alike, contending that abolition of the state is one of humanity’s pressing concerns.

A Muslim President?: The Abolition of Religious Tests

The Constitution stipulates that “no religious Test shall ever be required as a Qualification to any Office or public Trust under the United States.”

END_OF_DOCUMENT_TOKEN_TO_BE_REPLACED

How to be Epicurean

Was the Buddha a Libertarian? (with Matthew J. Moore)

The Moral Collapse of Evangelical America (with Rob Schenck)

Freethought and Freedom: Early Christianity and the Modern Libertarian Movement

Freethought and Freedom: Jean Meslier and the Catholic Church

Freethought and Freedom: A Critique of Spinoza

END_OF_DOCUMENT_TOKEN_TO_BE_REPLACED

Thomas Szasz on Psychiatry and Religion