10 Tips to Facilitate Collective Action from Elinor and Vincent Ostrom

For the Ostroms, the key insight was that we need to find ways to encourage collective action so as to avoid the need for coercion.

I am especially happy to publish this piece on Vincent and Elinor Ostrom by Jayme Lemke. Over the last 20 years or so, the work of the Ostroms has become increasingly central to the social scientific vision of many prominent libertarian thinkers. It’s fair to say that, for many of us, our understanding of a free society is a combination of F. A. Hayek, James Buchanan, and the Ostroms. Although many libertarians are generally familiar with Hayek and Buchanan, the Ostroms are less well known outside of academia. Jayme Lemke’s essay offers a very accessible introduction to their ideas, placing them in the context of how we solve the social problems that face any society. If Hayek taught us why markets work, and Buchanan showed us why governments fail, the Ostroms focused on what we might broadly call civil society and the ways in which communities organize to solve problems that are not well-handled by markets and formal political institutions.

For the Ostroms, the key insight was that we need to find ways to encourage human cooperation so as to avoid the need for coercion. In particular, we need to recognize that governance, understood as collectively developing rules to solve social problems, is not the same thing as government. In the Ostromian vision, humans are engaged in these problem-solving activities in their various communities, from a homeowners association to a house of worship to the PTA. This overlapping set of commitments, which they called “polycentricity,” offers an alternative to the top-down bureaucracy of the formal political system. A free society is one in which we all participate in this rule-making and problem-solving, often in very informal ways. Their great fear, and it is a real one, was that if we did not take responsibility for governance in all of these decentralized and informal ways, we would be increasingly subject to rule from the top. This is a perspective that is too often missing from libertarian thought, and understanding the contributions of the Ostroms can help fill that gap. Jayme Lemke’s essay is an excellent place to start. 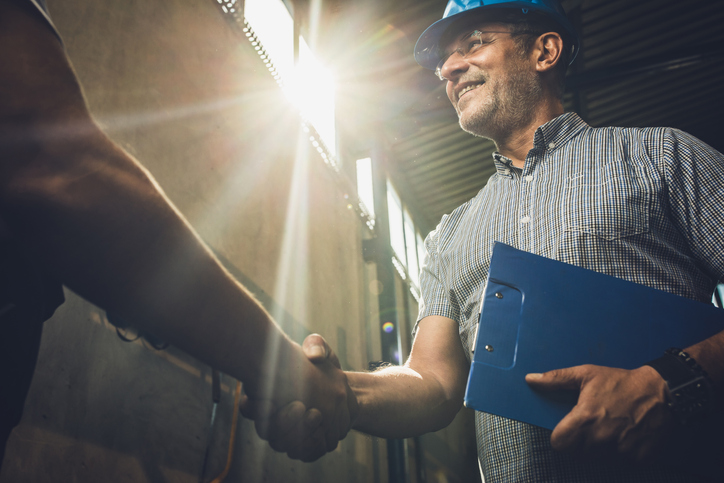 Elinor Ostrom and Vincent Ostrom dedicated their lives to searching for insight into how people can learn to live better together. The fundamental dilemma of human social organization is that we need to help each other to be able to survive, but cooperation is hard. We learn this as children fighting over the best toy in the sandbox and scheming to get one over on our siblings. We learn this again, and again, and again as adults, whenever we witness, participate in, or read about conflict, corruption, pettiness, violence, jealousy, revenge, manipulation, and intolerance. As is constantly on display in partisan politics, sometimes the mere fact that opposing values exist is enough to raise our hackles and make the very idea of cooperation irksome.

But we really do need others. As sung so beautifully by Owl & the Pussycat, “Hell is other people, but loneliness is worse.”1 Community and the safety and productivity that living together can provide—under the right conditions—is what has enabled humanity to thrive despite our sluggish limbs, weak backs, and unprotected bellies. So what are the right conditions? Adam Smith summarized them as “peace, easy taxes, and a tolerable administration of justice.”2 Specialization in a market economy and the innovation that results are the keys to a dynamic society with rising standards of living, but you’ll never get off the ground without a reasonable degree of peace and social stability. The ability to get along is also an important precondition for the strong ties, social support, and community we receive from our neighborhoods, churches, and other forms of voluntary association. It’s no exaggeration to say that the preservation and advancement of the human species require that we figure out how to share with and learn from each other, despite the fact that situations can and will emerge where people come to see taking what they need as easier than negotiating for it.

Elinor Ostrom and Vincent Ostrom were not alone in seeking generally acceptable ways of living together that could resolve, or at least ameliorate, this fundamental human dilemma. In asking how communities could encourage cooperation and discourage predation and violence, they kept good company with Adam Smith, F. A. Hayek, Mancur Olson, Douglass North, J. M. Buchanan, and others in public choice, institutional economics, and political economy. However, their contributions were unique in the extent to which they emphasized the need to understand the problem solving of imperfect people in an imperfect world. This quest led them to study problem solving in a diversity of real-world contexts, from the creation of the U.S. Constitution to the management of environmental commons to the provision of local public services such as education and police services. These seemingly diverse situations all had one thing in common: they were an opportunity to study the processes through which people deliberated, negotiated, and sometimes even fought to come to agreement on a set of rules that could solve a real social problem that was staring them straight in the face.

Below is a list of ten of the most important lessons that the Ostrom’s took from their lifetime of scholarly investigation into humanity’s attempts to solve the fundamental human dilemma. This is a significant but by no means complete selection of the insights that earned them their status as invaluable contributors to social science, and to the project of understanding how it is that a society of free and equal individuals can peacefully thrive and protect itself against the threat of violence and tyranny.

Elinor Ostrom and Vincent Ostrom spent over 50 years productively working together and with others in their scientific community. Reflecting back on that endeavor, Elinor Ostrom offered the following in her Nobel Prize address:

Designing institutions to force (or nudge) entirely self-interested individuals to achieve better outcomes has been the major goal posited by policy analysts for governments to accomplish for much of the past half century. Extensive empirical research leads me to argue that instead, a core goal of public policy should be to facilitate the development of institutions that bring out the best in humans.10

Conceiving of policy as something that enables people to bring their best to their communities requires a fairly radical change in mindset. Instead of deferring to the “experts,” the research of Elinor Ostrom and Vincent Ostrom suggests that people not only can but should and will be active in solving their problems for themselves. Further, embracing our potential to create rules and solve problems for ourselves is our greatest opportunity to turn towards freedom and away from governmental overreach and political oppression. Whether this insight has an enduring impact will depend on how seriously this directive is taken by both scholars and citizens.

Her specialization is in public choice economics, constitutional political economy, and the political economy of women’s rights. She is co-editor with Virgil H. Storr of Economy, Polity, and Society.