People have been predicting calamities for countless generations, but the sky stubbornly refuses to fall. Reject the politics of doom. 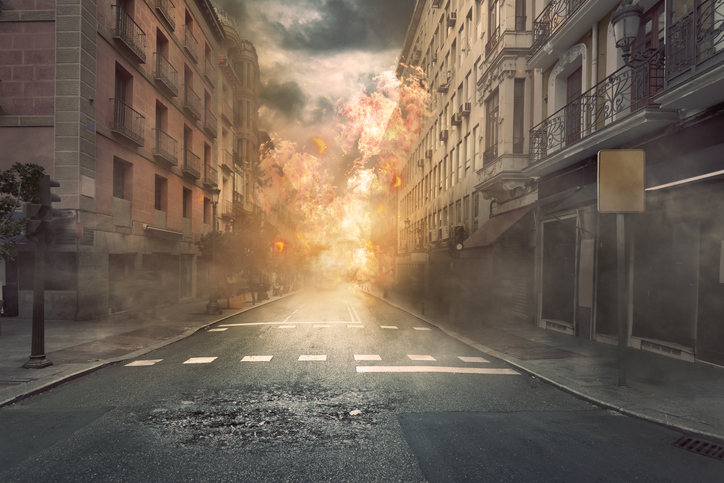 I am always fascinated at how many people seem to cultivate predictions of disaster. One reason I find it so interesting is that I don’t habitually expect the end of America, or civilization, or life as we know it. I don’t expect that things will get dramatically worse at all. I expect that they will probably continue more or less as they have been. Uniformitarianism isn’t always right, but it’s a good first guess, and a hard presumption to overcome. Or at least it should be.

My unflappability about the future also predisposes me to a kind of libertarianism. This is no proper argument, of course. It’s more of a disposition. But if a disposition seems to lead to relatively better answers, then one had might as well keep it and recommend it to others.

I don’t think, for example, that we need to spend trillions of dollars and deploy troops in dozens of nations to prevent some ill-defined calamity involving Islamic militants. Whatever damage they do will be limited. They’ve likely already done their worst, and there’s a good chance they are on their way to becoming just another nation-state, with a history neither more nor less brutal than a lot of the rest.

I don’t think that manmade global warming will be a catastrophe. I do think it’s real. There’s been some of it, and there may be some more. But I think we’ll be okay. New York was supposed to be under water by now, but I would be very surprised to find it that way fifty years from now. I don’t have the space to defend that claim properly or the expertise to do it particularly well. For the moment at least, it’s simply an example of one thing that my particular disposition inclines me to think.

I don’t think the government needs to be solving a fairly wide array of problems in part because we are very bad at anticipating disasters. We overpredict to an astonishing degree. And even if our predictions are correct, the remedies that we propose will be unlikely to help - again, because we are lousy at predicting. Civilization overwhelmingly takes care of itself. And the times when it fails to do so are usually caused - rather than prevented - by governments.

This is not to say that there are no libertarian devotees of the disaster scenario. Far from it. Browse any library of libertarian books from past decades, and you will find dire futures ahead: Hyperinflation, again and again. Soviet takeover, again and again. If it’s not that, it’s another Civil War. Or two. Or conspiracies, sometimes with bankers. World governments of various grim ideologies. It’s all a bit embarrassing when compared to recent history, which has seen nothing of the kind.

What’s interesting is how disaster scenarios have a way of becoming domesticated, or of growing up within political movements, which somehow makes them pass for respectable. The left has its share, as does the right. The non-panicky folks treat their own team’s disaster scenarios as one might treat a wealthy but eccentric old relative: They are to be kept at arms’ length but never repudiated. They may come in handy one day. It’s only the other side’s disaster scenarios that are typically called out as doubtful, as well as those that haven’t seemed to find an ideological home.

Not only are we awful at predicting, but our awful predictions lead us into political overreactions. Disaster fears bring disaster politics. And disaster politics is usually politics on a grand scale, politics of the type that we are much better off without. A quiet, unflappable worldview, in which we expected very little radical change, and in which we giggled at humans’ silly habit of expecting doom, would yield a politics that was modest, humane, and classically liberal. If only we had the courage to embrace it.