Samuel Edward Konkin III created a theory of resistance to the state, agorism, that eschewed politics for peaceful but illegal market activity. 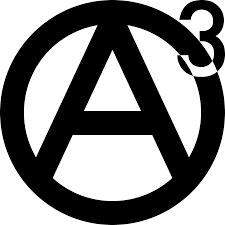 Samuel Edward Konkin III, the creator of the political and economic system known as “agorism,” was born in Saskatchewan, on July 8, 1947. Years before he stumbled upon libertarianism and conceived agorism as a statement of his revolutionary ideas, Konkin was already active in student political organizations, heading the University of Alberta’s Young Social Credit League.1 Through his interactions with libertarian luminaries such as Murray Rothbard, Konkin refined his ideas, eventually expounding a “New Libertarianism,” consistent in its application of the principles of the agora, the open marketplace. Political libertarianism, at least for Konkin, was a contradiction in terms, libertarians being opposed to politics in principle. Agorism instead emphasizes the importance of building the “counter-economy,” libertarian economic institutions and enterprises existing outside of the legal strictures of the dominant framework characterized by state intervention and coercion. Agorists regard this counter-economy as a form of nonviolent direct action, a method of simultaneously challenging and evading state power, in the process building a free society based on the principles of unrestricted voluntary exchange. Counter-economics underscores the fact that given the volume of rules, regulations, and licenses already choking economic relations, almost everyone has already participated in the counter-economy in one way or another, perhaps quite unwittingly. By simply paying no heed to arbitrary rules that attempt to prohibit completely voluntary, mutually beneficial trade, agorists are engaged in an attempt to change society without resorting to political action, which agorism regards as capitulating to the existing power structure. Agorists believe that by becoming politically engaged, running candidates and attempting to reform governmental structures and lawmaking, libertarians fall into the trap of politics — the delusion that if we only elect the right person or pass the right law, we can attain freedom. For agorists, the processes and institutions of politics are inherently and unchangeably corrupt and coercive. Konkin thus maintained that it was impossible to accomplish “libertarian ends through statist means, especially political parties.”

As a strategy for achieving political and economic change, agorism eschews practical politics, even casting a ballot, preferring the establishment and encouragement of new libertarian institutions to overtly political means such as campaigns and legislation. This idea that libertarians should use political parties and the political process to further libertarian objectives Konkin labeled “partyarchy.” In his condemnation of limited government libertarianism (as opposed to the anarchism that he and, for example, Murray Rothbard espoused), Konkin coined another now well-known and oft-used term: “minarchism.” Contending that politics and partyarchy had demonstrably failed, proving themselves hindrances to the libertarian project or worse, Konkin proposed his agorism as an alternative, a route to a free society through the immediate and unhesitant application of its principles. If politicians and government bodies are the enemies of freedom, Konkin argued, then libertarians should quite deliberately avoid the struggle to acquire public office or political power. This agorist stance placed Konkin at variance with the large segment of the libertarian movement that saw a need for political participation, particularly for the creation and promotion of a specifically libertarian party. Konkin’s notion that libertarian means and ends are conceptually inextricable, that the only way to freedom is through its practice here and now, shares certain similarities with the anarchist ideas of Pierre-Joseph Proudhon. Though he was a member of the French assembly for a time, Proudhon discounted the role of practical politics in the liberation of the subject classes from the state and the economic oppression it created. He became convinced that the state could not be defeated “on its own ground” — that is, through “any kind of activity that could be termed political” — but rather must be replaced gradually “through economic and social action alone.”2 Consciously or not, Konkin inherited Proudhon’s idea that organic and horizontal economic action, directed by creators and producers from the ground up, was the only way to truly destroy the state.

Slowly and steadily, the counter-economy results in infrastructural substitution, the replacement of the increasingly atrophic state with networks of voluntarily cooperating and trading individuals. As Konkin’s close friend, the novelist and filmmaker J. Neil Schulman, put it, “Seeking that tipping point in a Starvation Curve is the revolutionary strategy of Agorism in a nutshell.” Despite the dearth of literature developing Konkin’s ideas further—even many libertarians remain ignorant of Konkin—agorism and counter-economics have had a certain appeal for the tech-savvy practitioners of crypto-anarchism. The Internet seems almost tailor made for the kinds of circumvention and anti-state counter institutions championed by agorism. In point of fact, the Dread Pirate Roberts, fabled founder and proprietor of the Silk Road online market, counts agorism as a key influence. In the fall of 2012, he wrote, “Every single transaction that takes place outside the nexus of state control is a victory for those individuals taking part in the transaction. So there are thousands of victories here each week and each one makes a difference, strengthens the agora, and weakens the state.” Agorism’s individualistic, anti-authoritarian flavor finds a natural home in hacker culture and what Konkin called “the free-market anarchist haven known as the Internet.”

The Influence of Konkin

Among important figures in the development of the modern libertarian movement, Konkin stands out in his insistence that libertarianism rightly conceived belongs on the radical left wing of the political spectrum. His Movement of the Libertarian Left, founded as a coalition of leftist free marketers, resisted the association of libertarianism with conservatism. Further positioning it on the left, agorism embraces the notion of class war and entails a distinctly libertarian analysis of class struggle and stratification. After Konkin’s death in 2004, agorists like Wally Conger continued the development of agorist class analysis, setting it up as a refutation of and alternative to Marx’s communist theory of class. There are nevertheless similarities between agorist and Marxist constructions of class, both defining separate classes relationally, as opposed to “simple gradational notions of class” that define each category strictly by reference to “the material conditions of life.”3 What a given class does, then, is arguably as important to both Marx and to Konkin as what it has. With the historical left, Konkin shares an idea that finds him swimming against the main currents of the twentieth century libertarian movement, the idea that economics has been a pseudoscience that strives to “mystify and confuse the ruled class as to where their wealth is going and how it is taken.” Konkin’s agorism summons back the ideas of nineteenth century libertarians such as Joshua King Ingalls, whose distinctly left-wing work denounced political economy as “little more than a series of ingenious attempts to reconcile class prerogative and arbitrary capitalistic control with the principles of exchange.” Like Konkin, Ingalls advocated free trade and free markets while assailing the prevailing capitalist economy as a system of coercive class rule, its distributions of wealth and economic power emanating ultimately from state power. Twentieth century libertarians, in contrast, have tended to see economic methods and analytic approaches as vindicating capitalist economic and social relations, capitalists as friends or ambassadors of the libertarian philosophy. Konkin hoped his counter-economics would stand ready to dispute the narratives of establishment economics, much as historical revisionism became a part of libertarianism by correcting the historical untruths that eulogized the feats of a small group of elite “great men.”

First published in 1980, Konkin’s New Libertarian Manifesto remains the definitive work of agorism, prompting debate among the early leaders of the modern movement. Murray Rothbard promptly published a response to the Manifesto, in which he argued that Konkin had failed to show the adequacy of counter-economics as a way to confront “the unpleasant features of the real world.” Political action, Rothbard held, was necessary in the “‘macro’ struggle for liberty and against the State,” the repeal of unjust and restrictive laws. Rothbard praised certain political parties of the eighteenth and nineteenth century as “admirable forces for laissez-faire,” their existence, he argued, accomplishing much more for the cause of human freedom than Konkin’s black market activities. Rothbard thought that Konkin’s vision of the black market counter-economy swelling and eventually overtaking the state and its economic beneficiaries was simply unrealistic and naïve. After all, black and grey markets had always existed and had hitherto failed to grow to the point of replacing the coercive edifices of the state. Nevertheless, given that specifically libertarian political participation seems to have disappointed at least as much as counter-economics, Rothbard’s criticism of the agorist program is probably flawed. Indeed, whether libertarians choose politics, counter-economics, or some combination of both as our chosen strategy, success will depend on effective communication of and education in the libertarian philosophy.

Rothbard was, of course, right that most — really almost all — black market activity must be quite philosophically neutral, motivated by financial self-interest and a host of other factors capable of propelling one into activities regarded as criminal. But Konkin was probably equally justified in his disquiet about libertarians’ entry into the field of politics. Where libertarianism is a factor in mainstream political life at all, it is arguably more as a handy body of enlivening rhetoric than as model for public policy. It is difficult to know whether active engagement in politics or conscientious evasion of its dictates has been more significant in advancing libertarianism. Rothbard’s critique did not end there; he furthermore took Konkin to task for his uncharitable portrayal of Charles Koch and the “Kochtopus,” a term Konkin coined to describe the group of libertarian organizations funded by Koch. In his Manifesto, Konkin had warned of “the growth of monocentrism” in the libertarian movement, attributing the problem to the Kochs’ mounting influence. Rothbard, on the other hand, thought it foolish to drive wealthy benefactors away from the burgeoning movement and defended donors’ desire to have some control over how their money is spent. For all their impassioned debates, the two great defenders of liberty respected one another deeply and sought sincerely to advance the cause they loved.

A controversial and eccentric figure in the libertarian movement, Konkin left a legacy of challenging, radical ideas that, due to the connectedness and fluidity of the Internet and virtual, peer-to-peer networks, are perhaps more relevant than ever. Libertarians, even those who disagree with Konkin’s left-wing positions or his condemnation of political participation and limited government, can learn much from counter-economics and its implications. Moreover, Konkin and his work offer a potential bridge between libertarians and the political left. Agorism shows libertarianism not as an apology for the economic status quo, but as a consistent attack on the state and the lesser plunderers with whom the state is connected.