Is America the Most Fearful Country in the World?

American exceptionalism predisposes Americans to feel like both the “world’s premiere power and supreme worrier” according to Christopher Fettweis. 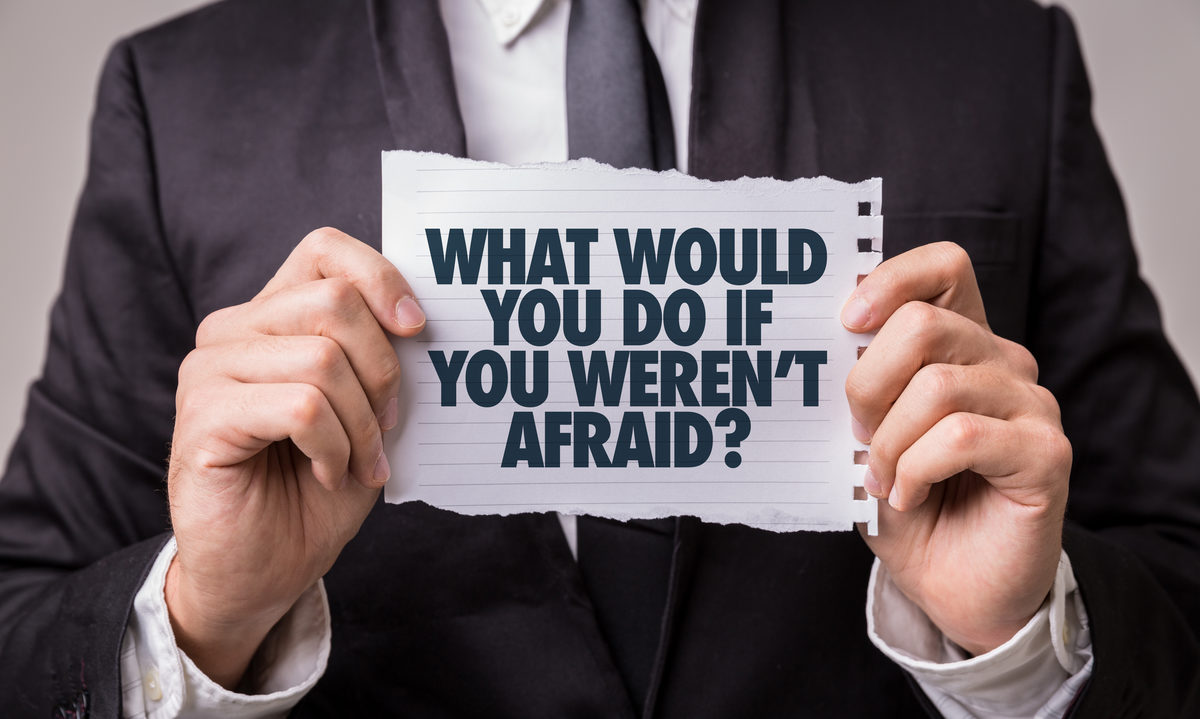 In the first chapter of Psychology of a Superpower, author Christopher Fettweis claims, “People of the 21st century are likely to be much safer and more secure than any of their predecessors (even if many of them do not believe it).” Why are Americans so fearful if they are the safest they have ever been?

Fettweis argues that many Americans view their country as uniquely powerful—and perhaps it is. America, after all, funds the most powerful military in the history of the world with the largest economy that has ever existed. However, this perceived power fosters a need to control everything from international trade to international conflicts. Fettweis suggests that “U.S. leaders are particularly predisposed to believe that their actions are responsible for positive outcomes like peace.” This tendency to believe that we are the wellspring of peace does not make us less fearful of unknown external threats. In fact, by believing themselves to have the ultimate power to bring peace to the world, Americans become more susceptible to fearing outside actors.

Despite the benign view Americans have of themselves, a 2013 Gallup poll of 65 countries found that non-Americans actually perceive the United States as the greatest threat to world peace. No doubt continuous failed foreign interventions played a role in cultivating that reputation. So why is the United States, the most-feared global power, so fearful in its own right?

According to Fettweis, American exceptionalism predisposes Americans to feel like both the “world’s premiere power and supreme worrier.” Paranoia arises in response to the fear of losing our immense power in the future. This paranoia serves as a handicap when the American government, and voters, assess potential risk.

In order to retain the status of “premiere power,” many Americans prefer to act preemptively—and appropriately. However, in acting preemptively against an external threat, as President George W. Bush believed he was in 2002 by deposing Saddam Hussein, it is all too easy to be heavily influenced by fear and thereby act inappropriately.

Yet, increasingly, America seems to act out of fear. With increasing power comes increasing paranoia associated with losing that power. A loss of power ultimately equates to a loss of control, which for many Americans is seen as harmful to the international legitimacy of the United States. A loss of control may lead non-Americans to develop skepticism about American objectives, which is disadvantageous to securing allies in the future. As America becomes a larger threat to others, there is heightened anxiety around potential enemies who might wish to initiate America’s downfall. But making decisions through this hazy lens is unfeasible and has the potential to be more dangerous.

To be sure, there are real threats in the world to America’s security, and Fettweis does not suggest otherwise. However, he argues, it is irresponsible and potentially ruinous to respond to the unknown threats of the post-Cold War world while experiencing heightened levels of anxiety. Although the Soviet Union was a known threat during the Cold War, it was every bit as unpredictable as the unknown threats of today. Still, people fear the unknown more than they feared the known Soviet threat over 40 years ago.

Fettweis argues that during the Cold War, Americans assessed the threat of Soviets by analyzing their realistic capabilities, meaning the threat which the USSR posed equated to the capability they had. However, today we equate dangerousness not with capability but with intent. For example, if Iran threatens a large-magnitude attack, we should know realistically they do not have the capability to carry it out, but our experience of heightened anxiety to external threats—rooted in our “unipolar” power—causes us to dread mere intentions rather than appropriately analyze capabilities. This disparity in America’s level of fear translates into a disparity in the foreign policy responses considered and acted upon.

Playing this so-called “paranoid politics” has grave consequences: Fettweis believes that “actions made to maximize safety can waste resources and bring about outcomes those policies were intended to prevent.” Those assessing threats and the risk associated with them need to proceed cautiously knowing that our exorbitant power inadvertently leads to exceptional fear.

United States leaders must recognize that American exceptionalism hinders the nation’s ability to address threats appropriately. This requires focusing energy only on threats most likely to occur, rather than every small possible threat that we worry may come to fruition one day in the future—especially since, as Fettweis identifies, much of the worrying Americans engage in is unrealistic and frivolous.

For instance, it is consistently argued that China may be able to “counter-balance” the strength of the United States. How would they project power across the Pacific Ocean if they do not retain a functioning navy anywhere close to the massive extent that the United States does? They have increased their military spending, but even still, they did not spend near the $604.5 billion that the U.S. spent in 2016.

The American need to have some enemy, real or merely perceived, allows the United States to justify its excessive spending at home and its questionable actions abroad. Most notably, Fettweis claims, “There’s no civil war, ethnic conflicts, or any wars of any kind going on the Western Hemisphere for the first time since at least the 17th century and nobody seems to care.” Americans are so captivated by maintaining “premiere power” status, that they fail to see the comfortable and fortunate time the world is experiencing.

There is no limit in sight for this excessive American worrying and paranoia. The first step towards making international policy decisions that reflect the relatively peaceful and prosperous time of the post-Cold War era is to reckon with the ever-present fear of unknown threats while properly considering just how much power America wields.