For Bad Speech, Is Sunlight Really the Best Disinfectant?

Not all arguments in support of free speech are good ones. 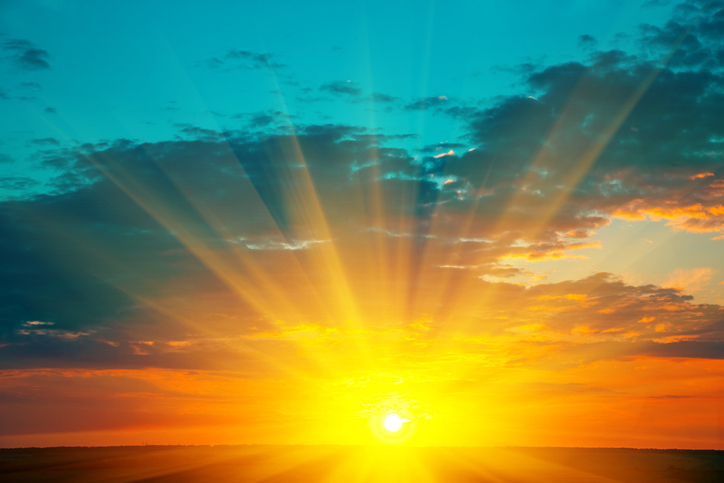 There are many good reasons to support free speech. Doing so upholds individual rights. It reinforces equality by allowing all voices, no matter how marginal, to be heard. Free speech is an indispensable tool for holding government and other powerful interests accountable. However, not all arguments supporting the necessity of free speech are good arguments. One popular but misguided argument for free speech is that it reliably exposes and drives out falsehood—the “sunlight is the best disinfectant” argument.

The phrase “sunlight is the best disinfectant” was introduced to American legal discourse by Justice Louise Brandeis, who served on the United States Supreme Court in the early 20th century. He penned the phrase in his book Other People’s Money. Justice Brandeis was a pioneering thinker who advocated for more financial and government transparency as a way to combat corruption. He argued that simply making the actions of government officials more visible to the public was a powerful way of stamping out unethical behavior:

Publicity is justly commended as a remedy for social and industrial diseases. Sunlight is said to be the best of disinfectants; electric light the most efficient policeman. 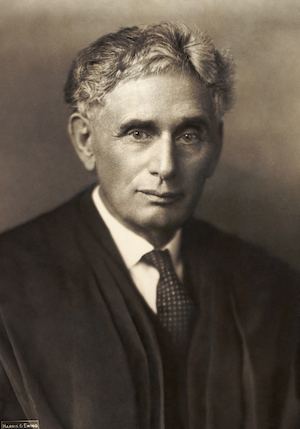 Today, Brandeis’s quote is frequently invoked in a different context. Free speech proponents often use the phrase when they insist on the importance of allowing fringe, controversial voices to be heard. Giving groups like white supremacists a chance to make their case, the reasoning goes, only causes them to expose their bankrupt worldviews for what they truly are. Supporters of this argument claim that, rather than censoring or shutting such voices out, it is much more effective to “shine sunlight” on dangerous or facile ideas and thereby eliminate them.

Those who support this line of reasoning are correct in many respects. Indeed, commitment to free speech requires permitting expression of even the most radical ideas. As Locke put it, censoring or penalizing radical voices is useless: “Penalties in this case are absolutely impertinent, because they are not proper to convince the mind.” If flat-earth theorists, racists, and other such parties truly believe what they say they believe, forcing them to be silent for the sake of avoiding confusion does nothing to correct error or highlight the superiority of other positions. On top of that, forced silence violates individual rights.

Though free societies are absolutely obligated to protect speech that is hateful, grossly ignorant, or unproductive, that does not necessarily mean that such a practice will always lead to greater understanding or enhanced knowledge. Human beliefs are heavily influenced by suggestion, repetition, propaganda, and the authorities people trust. People form their beliefs in ways that at best only loosely resemble reasonable, evidence-based thinking. That human beliefs are subject to such chaotic, arbitrary forces undermines the popular adage that “sunlight is the best disinfectant.” In many instances, indiscriminately amplifying any and all voices is counterproductive to the pursuit of knowledge. As information-sharing technology expands, radical extremist groups have managed to reach many more people and grow their ranks. And as information platforms become more powerful, having constructive dialogue may get even more difficult. Free societies must be willing to accept the possibility that absolute free speech will come at an increasingly greater cost to the pursuit of truth.

Assuming the goal is to gain more knowledge, more speech is not always better than less speech. Even in a free society, the truth does not always win out. Disinformation campaigns and propaganda can pull the wool over the eyes of entire populations. Fake news and conspiracy theories can spawn communities that systematically buck the tide of better, more widespread speech, doubling down on their isolated worldviews and even growing their numbers.

Human beings are not wired to think critically. Anthropological accounts of how human intelligence developed describe an evolutionary process that selects for traits that advance human cognition only insofar as doing so aids survival, traits like the abilities to make tools and engage in coordinated social behavior. This evidence reveals us as high level primates that managed to survive based on capacities that have little to do with our ability to discern abstract truths. While rigorous logical thinking and scientific skepticism may be valuable today, these abilities had little utility for most of our species’s history. In fact, overly-rational thinking would have likely been a serious drawback to the success of homo sapiens because it would have prevented us from routinely making life-saving decisions depite limited information.

In the modern context, unsurprisingly, a host of psychological weaknesses cripple us when we try to reason and gain high-level knowledge. We struggle to overcome our biases, we are more likely to believe things that we hear more often, and we are over-inclined to believe those we trust even when they are poor sources of information. We gravitate to stories over facts, draw conclusions based on emotions, double-down on our views in the face of disconfirming evidence, and simply do a terrible job of organizing and weighing information. Culture, language, religion, social status, etc., are all factors that can severely limit the extent to which we are able to truly benefit from free expression and open dialogue.

For the sake of argument, assume the world has two basic groups of people: those who are close-minded and those who are open-minded. The open-minded are generally truth-seekers. They do their best to think clearly, overcome their biases, and not be influenced by their psychological vulnerabilities. As such, they generally consider new ideas carefully, even ideas they disagree with or perceive as unproductive or ignorant. The close-minded crowd, on the other hand, is generally unwilling to seriously consider their assumptions or biases. They see new ideas that challenge their beliefs as things to be defeated, not carefully considered.

Of course, misinformation and disinformation are nothing new, and humans have always been limited in their ability to think critically. Optimists may argue that, given the progress we have made thus far despite our weaknesses, such progress will continue. Technological advancement and the increasing accessibility of information, they may say, could even accelerate progress. Unfortunately, this is probably wrong for one key reason: open-minded and close-minded people play by different rules in the public sphere.

Note that close-minded people are not necessarily bad, nor are open-minded people necessarily good. For most of human history, it was impossible to even attempt being open-minded. Crushing poverty, omnipresent danger, and the time-consuming pursuit of scarce resources like food and shelter were more than enough to keep humans occupied. But a recent explosion in human progress and access to information has dramatically changed the world we live in, demanding that we utilize a mental toolset that is at odds with many of our other mental instincts.

As information-sharing technology gives a platform to both types of voices, it seems very possible that the close-minded crowd will win more converts. This is because they exploit all the weaknesses of human psychology—they play on fears, they reinforce biases, and they over-simplify things into a coherent narrative. These tactics are good both for quickly persuading others and for discouraging them from further inquiry. By contrast, the open-minded crowd’s rulebook is characterized by prudence, willingness to be wrong, and a resistance to overly-reductionist accounts of the world. This yields circumstances where the close-minded person is far more likely to change the mind of an open-minded person than the converse. It is an uneven playing field, and the information age could be tipping it more and more in favor of the close-minded camp. For the close-minded group, new technology is a powerful tool for weaponizing and rapidly disseminating information that confirms pre-existing narratives. But for the open-minded crowd, new technology complicates things. It demands far more work of them, requiring them to sort through new facts, qualifying their claims and moderating their own beliefs.

As all voices become more readily amplified by technology, the close-minded crowd may begin to gain ground, dealing a heavy blow to the knowledge-building cause. But even if information-sharing technology does far more to spread ignorance and untruths than to build knowledge, protecting free expression on these platforms is still the right thing to do. Defending free speech in the public square is good because it preserves individual rights, not because it sometimes leads to greater knowledge. Libertarians and other advocates of free speech should defend it for the right reasons and with reality in plain view.