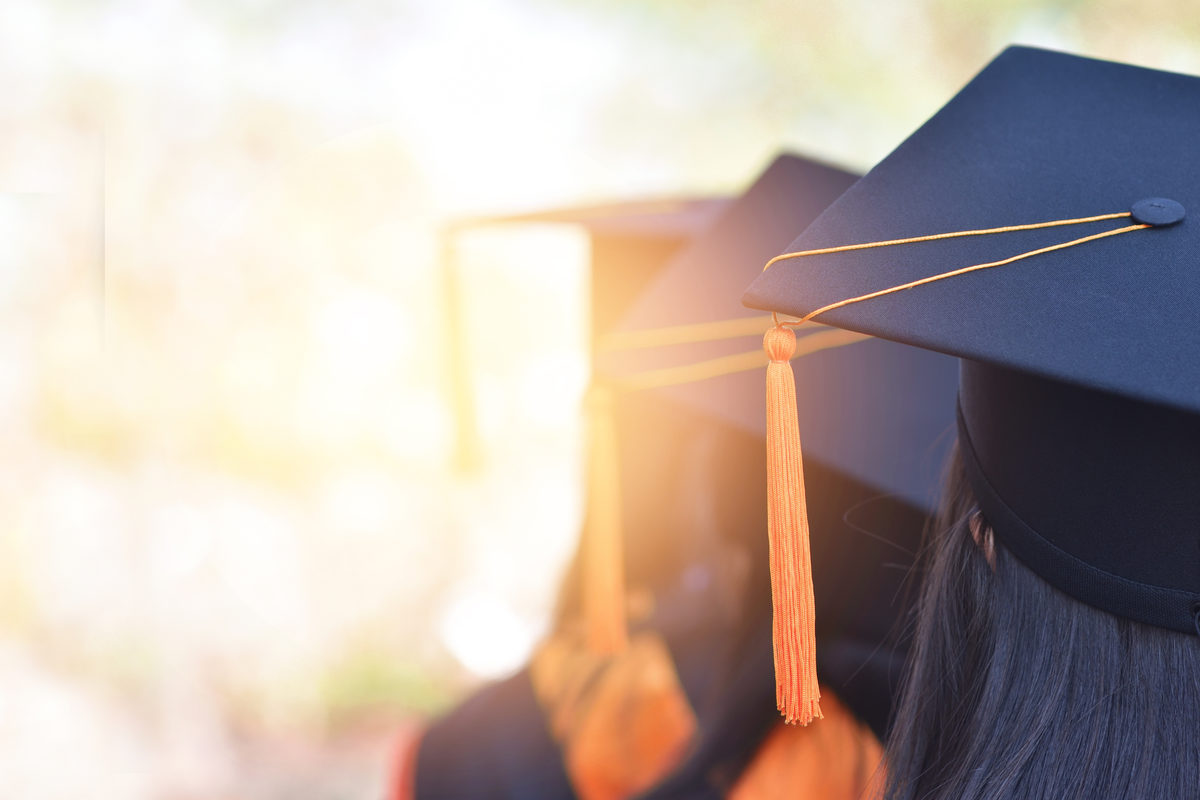 In a poll conducted by YouGov and published by FIRE (the Foundation for Individual Rights in Education), 58% of college students agreed it was important, in other words, they preferred, to be part of a campus community where they are not exposed to “intolerant or offensive ideas.” 63% of left-leaning and 45% of right-leaning students felt that idea-censorship was critical to their educational experience. As a member of the same generational cohort (those born after 1995, sometimes called “Generation Z” or “the Internet Generation”), I am appalled. The fact that students no longer want higher education institutions, especially elite liberal arts universities, to emphasize intellectual diversity and constructive debate should bring great unease to Americans. How will this lack of tolerance for healthy debate affect today’s students who do value the free exchange of ideas?

Throughout The Coddling of the American Mind, Greg Lukianoff and Jonathan Haidt  examine the tension on college campuses between keeping students feeling “safe” whilst pushing them to think critically and challenge one another’s beliefs. They argue that, in the fall of 2013 when the oldest members of my generation arrived on campus, there was a fundamental change in the students’ conceptions of safety, harm, and danger which presented university administrations with a unique challenge in their efforts to foster students’ intellectual growth. The authors argue that by overprotecting and overscheduling their children, parents harmed (and continue to harm) the development of their children’s ability to face adversity. Therefore, when those children arrive on campus they are not prepared to embrace “the collision of views and ideologies that is the DNA of Academic Enterprise.”

Many college students perceive offensive or hateful speech as physically or emotionally dangerous. Typically, students spent much of their lives, prior to college, in comfortable—and tightly controlled—situations. Because they lack experience handling risk, many undergraduates cannot discern between uncomfortable experiences and real danger.  This illusion of a lack of safety on campus influences everyday interactions between students and faculty members across the United States.

In a Brookings Institute study from 2017, across genders, political affiliations, and school types, they found that less than half of all students correctly understood that “hate speech” was protected by the First Amendment. Brookings also found that 1 in 5 students believed it was acceptable to use physical violence in order to shut down a speaker to whom they were opposed. “Opposed” does not imply that the speaker was threatening, hateful, or incitant—it simply indicates disagreement between the speaker and student. These results may show how passionate students are, but they also reveal that many students do not comprehend the nature of real danger or when (or if) it is appropriate to respond violently. Once students think they are in danger, potentially productive conversations stop. The opportunity for growth shrinks, and the classroom becomes a place for groupthink rather than open inquiry.  As Hannah Holborn Gray, the President of the University of Chicago, said, “Education should not be intended to make people feel comfortable; it is meant to make them think.”

Many argue that certain figures are not worth engaging in conversation because their viewpoint is at best unhelpful or at worst physically dangerous to vulnerable individuals. But to assume that individuals don’t have anything valuable to contribute and therefore keep them out of the campus conversation risks undermining the purpose of universities. Often, students that disagree with certain speakers exaggerate the speaker’s uncommon beliefs by reporting to their university that the speaker has the potential to bring physical danger to campus. As part of building their intellectual identities, individual students need to decide for themselves what speakers and ideas should impact them, instead of waiving that authority to administrators. Administrators are prone to wrongly predict the consequences of controversial speech (and decide to exclude certain viewpoints) based on the opinions of the few who exaggerate and overreact. Furthermore, their judgment is likely biased. At the fore-front of their mind is not what’s best for students’ intellectual development but the well-being of the school’s image and the school’s continued financial stability. Even if there were a real possibility of danger, possibility alone cannot justify the prior restraint on speech that many administrations exercise to avert a scandal on campus.

I did not go to college to thicken the walls of my echo chamber as typically occurs when standardized viewpoints are consistently reinforced—but a lack of viewpoint diversity in the classroom is becoming the norm at elite liberal arts institutions, and the problem is increasingly permeating the higher education system as a whole. Haidt and Lukianoff cite data from the Higher Education Research Institute tracking the political affiliation of professors across the country from 1996 until 2011. In 1996, there were two liberal professors for every one conservative professor; by 2011 there were five liberals for every conservative. Variance across disciplines exists, but, on the whole, college students are being taught by far more liberal professors than conservative ones.

While attending a small liberal arts college, I did not experience any violent guest-speaker shout-downs, but I did recognize a lack of viewpoint diversity. Many of my peers were easily frustrated and offended by leadership ethics classes that considered topics like entitlement programs or the right to die. That course was senior-level; even more concerning were the cookie-cutter introductory classes that promoted groupthink. Once the need to “blend in” was ingrained into them as freshmen, my peers had difficulty learning how to question majority opinions, much less endure even mild pushback for doing so. I fear that students are no longer making a concerted effort to pursue challenging and uncomfortable conversations.

Higher education should help students learn to better articulate their own positions and engage productively with critics, thereby preparing them to manage disagreements in life after college, where running to mommy will not affect the abrupt termination of uncomfortable situations.

Unfortunately, students have grown accustomed to being catered to on campus because administrators fear the financial consequences of not catering to the demands of vocal undergraduates. As “customers” of the higher education business, students force administrators to walk a fine line between acceding to their demands—but thereby stunting their development—on one hand, and preparing them for life after college—but risking losing their business to a school that coddles them—on the other. Higher education institutions should not stray from their missions to indulge those students who are unable or unwilling to assess danger and harm accurately. Doing so hinders tolerant students, who are the majority in most cases, from developing skills of argumentation. Higher education should not leave students to enter adult life thinking they can forestall, through tattling or physical violence, any and all “hurt” feelings.

This is not meant to be insensitive, much less malicious. Rather, the point is to expose the lack of appreciation many students of my generation show for ideological diversity and the rigors of open debate, in the hopes that these shortcomings can be addressed. Instead, I fear, students are allowing themselves to be cowed into groupthink because of the prevalence of “call-out” culture on campus. Administrations accommodate the students who are “calling out” professors, organizations, and guest speakers for “harmful” speech, at their targets’ expense. Opposing students are hesitant to speak out in favor of those facing criticism for fear of retribution from the most-vocal, least-tolerant students.

In this stifling new environment, professors are, as Lukianoff and Haidt put it, “teaching on eggshells” in fear of being perceived as offensive, dangerous, or even traumatizing, and then reported to the administration of their institutions. Likewise, those students who would prefer to engage in thought-provoking (if sometimes offensive) discourse as a means of understanding the divisive world around them find that path closed off by their peers. The students who report professors or guest speakers are close-minded. They would not engage in constructive dialog even if the professors they target were allowed by the administration to continue lecturing. Historically, thought-provoking and engaging debate is a hallmark of the college experience. Those who are resistant to embracing this testy environment are not ready for college because they will not reap the developmental benefits of challenging situations.

Has American polarization degraded to the point where aspiring intellectuals are unwilling to entertain or even hear a different opinion? Consider this: according to a survey initiated by FIRE, in 2016, a majority of students (64%) experienced a time when they changed their attitudes or opinions about an issue after listening to a guest speaker. This suggests that new, perhaps uncomfortable, conversations give students opportunities to challenge their pre-existing viewpoints. Institutions are continually denying students such opportunities by blocking requests for controversial speakers and banning contentious courses.  The suppressive nature of college administrations toward certain topics ultimately trickles down into ordinary conversations between students, thus limiting commonplace civil disagreement. The administrations within higher education are abandoning their promise of intellectual stimulation, in order to maintain the misinformed standard of “safety” set by certain students. And without such opportunities, students are less able to formulate arguments rigorously.

It’s an infirmity too often shared by the intellectual heroes of the student speech-police. In her scathing book review of The Coddling of the American Mind, Moira Weigel writes:

As if paying homage to Bloom’s love of classics, the new book opens with a pilgrimage to Misoponos, a Greek oracle who serves Koalemos, preaching the three great untruths. This excursion turns out to be a bit of mischief (misoponos means “lazy”, and Koalemos is an obscure god of stupidity). “We didn’t really travel to Greece to discover these three terrible ideas,” the authors reveal. “We didn’t have to.” They did not write this book because of an oracle; they wrote it, perhaps, because an article that they published in the Atlantic went viral.

Resorting to ad hominem arguments—by implying the authors had self-interested ulterior motives—discredits Weigel’s broader criticism.  Weigel is arguing in a manner common among college students today, who regularly use ad hominem attacks to discredit those they disagree with and avoid contentious dialogue altogether. They struggle to express substantive disagreement with opposing viewpoints—perhaps due to a lack of exposure to them—preferring instead argumentative strategies that pathologize, demonize, or silence their opponents.

Ad hominem attacks, like groupthink, allow students to cower and hide when faced with minority opinions they dislike. Attacking a person’s character rather than the veracity of their argument—all the while enjoying unyielding support from those the majority—is facile. In both cases, students are failing to take responsibility for their viewpoints as well as their feelings. They may be scared or uninterested in taking responsibility, but must recognize that in the near future they will have to choose between defending their opinions and letting opportunities pass them by. Ultimately, students are the customers of the higher education business, and it falls to them to demand a college experience that prepares them for life after graduation—a life that will not always be comfortable, easy, or painless.

The Coddling of the American Mind (with Jonathan Haidt and Greg Lukianoff), Free Thoughts Podcast