The Social Consequences of Multilevel Marketing

There’s nothing inherently wrong with mixing our social lives with business. The devil’s in the details. 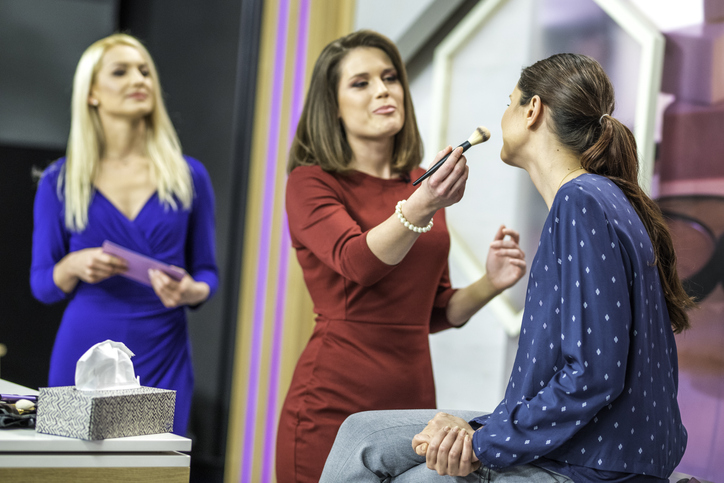 A recent article in the Washington Post, “How MLMs are hurting female friendships” went viral in my networks, and for obvious cause. Many, if not most, American women across socioeconomic strata have had the experience of being approached by a friend or acquaintance for the purpose of buying a product (leisure wear, makeup, skin care, essential oils, and more) via direct sales. This is often annoying. And the backlash of people annoyed by direct sales products and salespeople is quickly becoming as loud as the direct sales activity in the first place.

How does direct sales work? Well, a parent company manufacturers some product, which they use a fleet of independent representatives (a.k.a. “business owners”) to sell and distribute. In addition to earning money from the markup on products, the sellers also recruit new sellers into the network. Earlier “upline” sellers receive a cut of their “downline” sellers’ sales. The parent company sets most of the rules regarding compensation structure, pricing, buybacks of unsold inventory, etc.

Incentives are more than a little wonky here. From the parent company’s perspective, the sellers are the real customers, not the end users of the product. Sellers burn out and churn through the system at a very high rate, with more than 9 in 10 of them losing instead of earning money. To make more than pocket change, sellers have to cannibalize their customer base into selling too, which then creates more competition for sales in the same social and geographical markets. Yikes.

Technology has completely transformed this MLM/direct sales landscape since the middle of the 20th century. There may have been more of an opportunity for mutual benefit (for both parent companies and individual sellers) when it was still kind of difficult to physically access suburban and rural markets. Transaction costs were higher: brick and mortar stores open at limited hours, carrying limited product options. And, when transaction costs are high, it’s easier for someone to make money from getting into the middle of a sale - maybe even multiple layers of people.

Things are much different by now. Obviously, the advent of online shopping and social media have created competition for MLM parent companies’ wares. If you want Tupperware-type containers, Amazon will ship you whatever kind you like (possibly at a loss) in just two days. Essential oils are on the shelf basically everywhere. Lipstick? Your corner drugstore has a hundred shades.

At the same time, the internet has also created new channels for sales and recruitment. Hence, the waves of annoying #bossbabe social media postings and flurries of solicitations by direct message. Online markets are larger in sheer size than neighborhood ones, but also perhaps more saturated or “mature.” Yet, hope springs eternal; this doesn’t keep people from showing up in your inbox trying to get their piece of the pie.

As you would expect, the MLM industry has undertaken various lobbying efforts over the years in an attempt to block legislation requiring financial disclosures to would-be sales representatives. This lack of forced disclosure makes things morally murkier. People being recruited for MLM sales could certainly ask for hard proof of how much money they are likely to make (e.g. tax returns from the sales agents recruiting them). But, they don’t. Some of this is misplaced good faith, some is wishful thinking.

Those MLM sellers behaving questionably towards recruits were often themselves drawn into the scheme by other women behaving badly. That doesn’t make them pure victims, with no moral responsibility for their actions in the marketplace. But it does make everything pretty messy. There’s plenty of blame to go around.

Lots of moms, and women (and men) face tough choices about whether, where, and at what price to sell their labor. MLM tactics are clearly shady, but more like “aggressive” than literally “coercive.” No one invests in an MLM literally with a gun to her head. Instead, to the extent that this is a gendered issue at all, it’s woman-on-woman misbehavior. Women know about other women’s people-pleasing tendencies. They sometimes attempt to take advantage of this. It’s not inherently different than selling products catering to women’s other various weaknesses, susceptibilities, and current sociocultural challenges (cosmetics, weight loss programs).

While I have no enthusiasm for MLM companies, and no interest in their products, the implication that friendships and families should be completely commercial-free zones does concern me. Since humans began buying and selling things at all, markets have been shaped heavily by the “who you know” factor. Doing business within your social network can create sticky situations. But it also creates lots of value.

So is it true that MLMs are ruining female friendship? At the end of the day, MLMs don’t ruin female friendships—individual females do. Some women choose to gamble on MLMs. Other women are free not to choose them. Since there is no credible norm against approaching people you know for commercial purposes, obnoxious MLM sellers aren’t violating it. The same people who complain about MLMs have probably accepted (or made) all kinds of special deals within their social networks before.

Instead, MLM sales reps violate much more basic standards of etiquette and decency. A few particularly egregious examples float around (think: MLM sellers approaching cancer patients or the recently bereaved with various health-related products in hand). But, at the same time as it facilitates spammy messages, the internet also makes tons of information available about the copious risks and scanty rewards of MLM participation. In one tab, someone you know from elementary school can be bugging you to become an essential oils distributor while, in another tab, you’re reading a document via the FTC about “MLM’s Abysmal Numbers” or filling out a calculator for real expected MLM earnings. There is nothing especially burdensome about ignoring a message or a phone call, or just leaving your credit card in your wallet when someone asks you to buy something you don’t want.

Various psychological factors undoubtedly contribute to MLM mania: the sunk cost fallacy, survivorship bias, plain old peer pressure, etc. Nonetheless, in order to enjoy the many benefits of a commercial society, individuals must learn to purchase goods (and sell their labor) as wisely as possible. As one (non-MLM) businesswoman observes, “despite the cultural moment female friendship is currently enjoying, the same strength, intensity, and deep connections being celebrated was also setting up a false dichotomy between personal relationships and the transactionality of business.” Women won’t benefit by doubling down on the idea that personal relationships can’t touch the world of work. Instead, they should just do their best to evaluate business opportunities (and friendship opportunities!) on a case-by-case basis.