A Tale of Two Externalities: Technical and Pecuniary 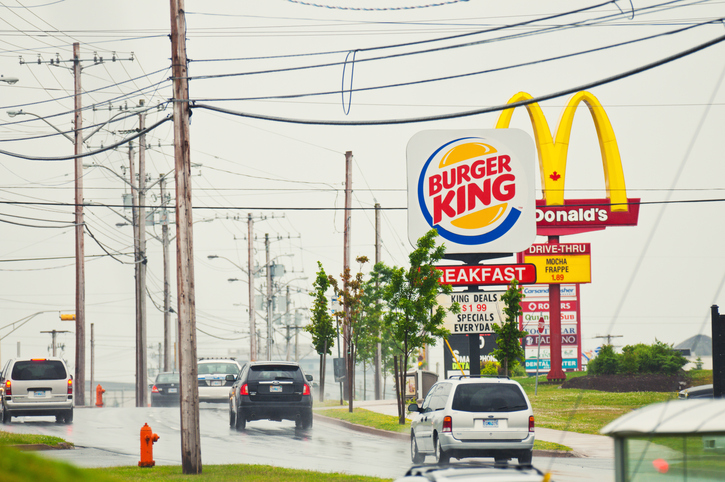 Externalities1 are an economic bugaboo and often lead to calls for government intervention to correct these so-called “market failures.”  In my previous columns here, I discussed some of the issues with externalities, such as when they constitute a market failure and the role they play in public goods theory and practice.  However, those two columns, by themselves, are an incomplete treatment of the topic: there are two types of externalities, and the differences between them matter.

When a person’s behavior, or the behavior of two people entering into an economic exchange, has effects (either positive or negative) on a third party not privy to the original transaction, economists call those positive or negative effects “externalities.”  Indeed, I defined “externality” this way in my December 2018 column.  As such, economists will argue that, since the costs and benefits are not fully felt by the decision-makers, the social benefits/costs will deviate from the private benefits/costs and thus a market failure will occur.  This failure can then be a justification for government intervention.

But this definition of “externality” describes necessary but not sufficient conditions for identifying a market failure.  As economists since Jacob Viner have discussed, there are two kinds of externalities: “technical externalities” and “pecuniary externalities.”  The former is what we typically think of when we discuss externalities: they are externalities that fall upon a third party that reduce their ability to produce with their given resources and thus potentially affect their profits as well.  The pollution that falls upon the grapes of a winery is a technical externality since, with the same inputs, the winemaker can produce less wine now.  Pecuniary externalities are when actions by trading members affect the profit, or pecuniary gains, of a third party but not their ability to produce.  When a Burger King opens up in town, cutting into the profits of McDonalds, that is a pecuniary externality on McDonalds.  It reduces McDonalds’ profits but not their ability to produce. Another example is if there is a technological innovation that affects workers’ wages in an industry, such as a large-scale adoption of self-checkout machines in the supermarket reducing the demand for (and thus wages of) cashiers.  There is again in this case a third-party effect that impacts the valuation of a group’s profit (labor’s wages) but not its ability to produce.

The distinction between pecuniary and technical externalities is crucial.  Technical externalities can be a form of market failure.  Pecuniary externalities are a sign of the market working.  A competitive market necessarily means that incoming firms are cutting into existing firms’ profits (or, alternatively, incoming buyers are cutting into existing buyers’ profits).  Superficially, these two externalities look the same in that they both affect profits.  But in their operation, they act very differently.  Furthermore, the distinction between the two help us understand why properly assigned property rights are key to market functioning.

As I discussed in my previous article, “When is a Market Failure Not a Market Failure?,” the public policy implications of a technical externality are fairly straightforward: if a technical externality exists, and if the costs of implementing a policy such as a tax or regulation are sufficiently low, then a government body can step in and correct the externality.  This will bring the market toward a “social optimum” and eliminate the market failure.  For pecuniary externalities, on the other hand, the best policy prescription is to do nothing out of the ordinary.  Pecuniary externalities are a sign of the market working as intended: competition is driving down prices and forcing firms to look for better ways to satisfy buyers.

Economists tend to ignore pecuniary externalities in their welfare analysis since, in the model, pecuniary externalities show up as a transfer of welfare from existing firms to incoming firms and consumers.  Net welfare at worst doesn’t change and at best increases.  But these are externalities, and as such the existing firms do face real effects to “their” profits.  If the firms have a property right to the value their profits, in theory, the “winners” can compensate the “losers:” if there are zero transaction costs, then existing firms can negotiate with the incoming firms and buyers to offset their pecuniary losses.  If the firms are not assigned property rights to the value of their profits, then the same outcome occurs: new firms enter the market and buyers are better served.

Since Firm X, in their view, is “harmed” by Firm Y’s entry, they have some incentive to try and influence public policy.  What’s more, since Firm X can claim that their loss of profit is due to actions beyond their control, they could make an externality argument; they could try to claim a market failure or an unjust takings.  Indeed, this argument has been used recently to justify banning Uber in Chicago.  In Illinois Transportation Trade Association et al. v. City of Chicago, the taxi cartel of Chicago sued the city for allowing Uber and other ridesharing services to operate without a license.  This, they claimed, constituted a 5th Amendment takings of their property.2  They claimed that, by allowing Uber and other firms to operate, the City of Chicago was taking away the value of their licenses (their private property) and distributing it to other firms (for public use).  In his decision for the 7th District Federal Court of Appeals, Judge Richard Posner struck down the taxi firms’ argument by pointing out they have no property right to future profits or the value of their licenses.

If Firm X were to take the route of attempting to influence public policy because of Firm Y’s entry, this is where assignment of property rights becomes crucial.  If the judge were to agree with Firm X that they have the right to a value of their profits, then the government essentially rewards uncompetitive behavior.  Firms can object to competition on pecuniary externality grounds and, despite arguments to the contrary, prevent the market process from working properly.  Buyers will be poorly served, and existing firms will become entrenched.

If the judge were to disagree with Firm X and state that they do not have a property right to future profits, then the market mechanism will succeed.  New firms could enter, reduce the profits of current firms, and better serve buyers.  Such a property rights regime would encourage, rather than discourage, competitive behavior among firms.

Although technical and pecuniary externalities bear superficial similarities to each other, they can have polar opposite policy implications.  In a market setting, the optimal level of influence a market transaction has on other people is not zero; in some cases (such as competition) the level of “harm” is actually positive!

Above, I discussed how assigning property rights based upon pecuniary externalities can lead to consumers being poorly served.  But improper property-rights assignments can have wider implications as well.

Assigning property rights based on pecuniary externalities can have an effect not just upon competition with incoming firms, but among existing firms as well.  If the firms have a right to a given value of profits, it will discourage innovation among the existing firms.  Since any new invention will, all else held equal, increase the profits of one firm at the expense of the other firms, they could be sued and enjoined (or in other ways discouraged) from innovation, as it would violate the pecuniary property rights of the other firms.

Furthermore, pecuniary property rights can have far reaching consequences throughout the economy.  Competition comes in many forms, not just direct competition between firms in the same industry.  Substitutes abound for goods and the longer prices are relatively high, the more consumers will look for substitutes.  These substitutes may be obvious (such as substituting water for milk as a beverage if the price of milk remains relatively high) or less obvious (substituting phonebooks for firewood if the price of firewood remains relatively high).  If a firm has a pecuniary property right, it could seek to prevent these substitutes from becoming viable.

The common thread here is that resources are diverted from economically valuable uses (that is, serving the consumer), toward efforts of protecting profits, all under the guise of legitimacy given the property rights assignment.  These resources are not going toward “growing the economic pie” but trying to secure shares of it.  And they represent a self-feeding mechanism with no clear delineation for assigning rights: why does Firm X have a right to a certain level of profit but not competing Firm Y?  Every pecuniary property right must come at someone else’s expense and resources will be spent constantly clarifying these inherently unclear property right assignments. Pecuniary property rights turn the positive-sum game of the market process into a zero-sum or negative-sum game of rent-seeking and rent-protection. In short, assignment of property rights is not just important to encourage trade by clarifying who owns what and what is being exchanged, but such assignment is also important for preventing wasteful rent-seeking behavior.

Unfortunately, arguments for pecuniary property rights are pervasive throughout any society; tariffs, income re-distribution, “living wage,” occupational licensing, and student loan forgiveness are all examples of policy prescriptions arising from pecuniary externalities.  Understanding how these externalities differ from technical externalities and how they can harmfully influence policy is crucial for effective policy reform and economic analysis.