What’s the Economic Meaning of Cost?

Often, the meaning of cost varies when you ask different people who are part of the same single transaction. 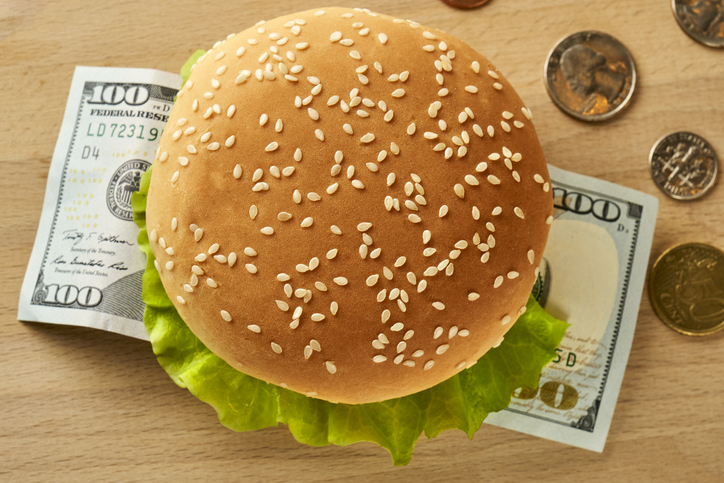 Ask a friend how much that hamburger cost him and his response might be something like, “It cost me $5.”  If he were economically savvy, he might include in his response the value to him of what he would have spent that $5 on if he hadn’t bought the burger plus the time it takes him to consume it (which he could have spent doing something else).

By contrast, ask the manager of the restaurant where your friend bought the hamburger how much that burger cost and her response might be “It cost me $0.50s worth of labor, $0.50 in ingredients, and $2.50 in rent, insurance, overhead, gas, electricity, maintenance, and equipment.”  And if the manager had taken a good economics course she might include the value to her of other things she could have spent that money on and also the value of what she would have done had she not decided to sell hamburgers.

These costs involving our alternative choices are called “opportunity costs.”  In economics, all costs that are relevant to decision-making, unless otherwise specified, are opportunity costs.  But which perspective should you take if you’re trying to answer the question, “How much does that hamburger cost”?  Whose point of view, even if we rightly include opportunity costs, is the “correct” one?  How might this help us to analyze issues of public policy?

A Cost Is Always a Cost to Someone for Something

The problem here is that asking “How much does that cost?” is itself ambiguous.  A cost is never disembodied but is always connected to a specific person who is making a particular decision.

To avoid the ambiguity, you would need to ask “What does that consumer have to give up to buy that hamburger?” or “What does that seller have to give up to sell that hamburger?”  Possible answers might be, in the case of your friend, to buy a bowl of sprouts or to save for the future, or in the case of the manager, to sell a taco instead or to update her equipment.

Cost is one of those concepts that we each use in daily life but that can create misunderstanding, even harm, if everyone isn’t on the same page.  Fortunately, to avoid most of the confusion all you need to do is understand the following:  A cost is always a cost to someone for something.

When you put it this way two things become clear about the nature of cost.  First, a cost is always borne by a specific person at a particular time and place:  Either your burger-loving friend or the restaurant manager.  And if that’s the case then those costs are not only different for different people, but they can be and almost certainly are different for the same person at different times and places.  (Ask your friend or the manager what they would be willing to give up for a hamburger tomorrow or in a different location and you’re likely to get a different answer from each.)

Second, a cost is necessarily tied to what a person plans to do:  In the case of your friend that would be to eat a hamburger and for the manager to make one.  But those plans are dependent on time and place, as well:  For your friend it would depend on, say, whether you want a burger that is fresh or stale; for the manager on whether it’s worthwhile freezing an already-made burger overnight and reheating it tomorrow or selling it at a discount today.

These two ideas together mean that costs are changeable and do not inhere in a particular object such as a hamburger but, like all economic value, reside in the mind of the actor.  In other words, costs are subjective.

Why Does It Matter?

Okay, so a cost is always a cost to someone for something.  But what confusion or harm might arise from not understanding that?  Here are a few examples.

Costs Are Not Accidents

If you buy a tainted hamburger and unexpectedly get sick from eating it, that’s a pity (at least for most people) but it is not a cost.  It’s an accident.  On the other hand, if you buy a hamburger expecting that it will likely make you sick then whatever value you expect to lose from being sick is indeed a cost.  In other words, a cost relates to the value of what you, at the moment of decision, expect to sacrifice because of your decision, in this case your well-being.  Accidents and unintended consequences are not costs in a relevant economic sense.

Say, however, one morning you get into a car accident with another driver, resulting in repairs of $5,000.  The $5,000 is not a cost because it is unintended.  But if you had paid, say, $100 into an insurance policy to cover the $5,000 in repairs, the $100 would be a cost (to you of driving) but any ensuing pain, suffering, and uncovered expenses is still not a cost but an unfortunate by-product of driving.  Again, a cost influences your choice – here, to drive that morning – and it isn’t a consequence of that choice that you do not foresee.

Losses Are Not Costs

If after you buy a hamburger you regret doing so because you realize later that that $5 would have made you feel better off had you spent it on bowl of alfalfa sprouts, that would be a loss but it is not a cost.  Losses and profits are what’s left over after you subtract costs from benefits or revenues:  You have to take into account both costs and benefits.  More generally, what you might have done but now can’t undo, what we sometimes call “bygones” or “sunk costs” are not costs relevant for making a choice now.  Like choices, relevant costs are forward-looking, not backward-looking.

There’s an old electric hand dryer in a public bathroom I sometimes use that has a message pasted onto it that says “Use this dryer and save the trees!”  The perspective of whoever wrote that message is from the “supply side,” i.e. in terms of the cost to the producer of drying a wet hand.  Although it’s not clear whether using such a drier will actually use fewer trees or other resources than a paper towel (e.g. the metal casing and equipment and electricity may require using even scarcer resources than a manual paper-towel dispenser), let’s say for the sake of argument that it does use fewer trees.

What the message-writer omits, however, is the cost to the user of drying her hands.  Most hand dryers, even today’s very powerful ones, take significantly longer to dry a person’s hands than a paper towel does.  (There’s also the added benefit of the towel that you can use it to mop up spills, wipe your face, or blow your nose, but let’s keep our focus on the cost side.)  Only by taking both perspectives into account, the producer’s and the user’s, can you begin to determine whether the dryer is better for the environment than paper towels.  Also, because costs are subjective there’s no way to know without market prices to reflect relative scarcity whether the trees saved are worth more or less than the other resources used by the electric dryer.  Similar issues arise when examining the cost of the policies of “sustainability” or “recycling.”

Stop Being So Wasteful!

We often hear that so-and-so is being wasteful.  For example:  “Jill wastes so much time on Facebook!”  First of all, “waste” is an economic concept that, like the hand dryer example, takes into account benefits as well as costs.  But if we just focus on the cost side again, that person would need to know the value that Jill places on what she is giving up by spending, let’s say, an hour a day on Facebook.  How would anyone besides Jill know that?  Answer:  They can’t because they are not Jill, and they don’t know what Jill is using Facebook for and how she values both that option and her alternatives.  At best, they are expressing their opinion that Jill should be doing something else with her time.  Now, at some point Jill will determine for herself whether it’s worthwhile to spend another moment on Facebook or whether from her perspective she could be doing something more valuable (such as getting off the internet to stop others nagging her about being on the internet).

Because costs are subjective and therefore always in the eye of the beholder, only the person making the choice can best determine what the cost of that choice will be.  And that’s true even though the world is uncertain and she may be mistaken about the true value of those costs, or unaware of all the costs relevant to her decision, which could make her regret her choice.  Still, no one else is in a better position to decide than she.  Even if she lets someone else pick for her, it’s still she who makes that decision.

But what about the expenses you record in your household budget or your business’s spreadsheet?  Are they costs?  The data you record in on such ledgers may indeed help you to make buying and spending decisions in the future, but they are not your true, economic costs.  If costs are dependent on the person and your subjective plans for the future, the $1,000 you plan to spend on rent is not your cost of housing; the cost is the value of what you think you might do with that $1,000 if you don’t spend it on rent, perhaps some dental work that you might otherwise have to postpone, and that value changes over time and from place to place.

Finally, while these examples are about choices people make in a market, understanding the contextual and contingent nature of cost can also help to clarify issues of public policy.  For example, what is the cost of building a border wall between two states?  The answer of course depends on for whom and for what.  For the politician the cost might be sacrificing the value of improving public schools, to the taxpayer perhaps the health care that she cannot now afford, to the citizen-consumer and the undocumented immigrant the productive work that now won’t get done.

These are all economically important perspectives on the cost of the policy.  Sadly, whatever the issue – e.g. immigration or environmental sustainability – political debaters, if they take costs into account at all, typically highlight only the ones that support their case and ignore the others.  Too often the result is that people suffer and no one is held to account.

For a reasonably accessible and more thorough explanation of the nature of cost, see James M. Buchanan’s excellent book, Cost and Choice: An Inquiry in Economic Theory.