by Literature of Liberty Reviewer

“Even among those not directly injured, life was made unbearable by the complete destruction of facilities of every kind.” 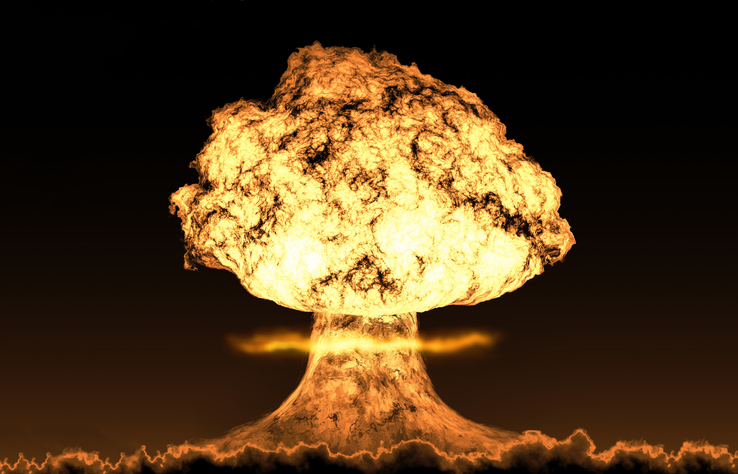 Chairman of the International Peace Bureau

Booth considers that despite the horrendous nature of the atomic bombing of Hiroshima and Nagasaki in 1945 there is a dearth of knowledge about these two events. His article is an attempt to remedy this lacuna by surveying the historical evidence and revisionist sources on the subject. Booth’s conclusions are: that Japan would most likely have surrendered prior to the planned U.S. invasion on November 1, 1945, even if the atomic weapon had not been used; that Truman had intercepted a message indicating Japan’s willingness to enter into peace negotiations; that the U.S. was aware that the Soviet entry into the war in the Pacific would cause a Japanese collapse; that the bomb was probably dropped as a threat to the Soviet Union; and finally that whatever the military justification for the first A-bomb on Hiroshima on August 6, 1945, there was no similar justification for the second bomb dropped on Nagasaki three days later.

In a section entitled “What atomic bombs do to human beings,” Booth provides us with some of the grisly statistics of human suffering. The total number killed in both Japanese cities was probably well over 250,000, we are told, which was approximately 40 percent of the combined population of Hiroshima and Nagasaki. But those who died were the lucky ones. Of the Hibukusha (the Japanese word for A-bomb survivors), Booth writes: “Apart from their gruesome and repulsive injuries, skin hanging in obscene swathes from bodies and limbs, eyes exploding, entrails spilling from abdomens, the total and absolute destruction disorientated even active survivors and destroyed their will and capacity for living.” Thus even among those not directly injured, life was made unbearable by the complete destruction of facilities of every kind including workshops, offices, factories, stores, religious buildings, schools, hospitals, all kinds of vehicles, animals, railways, and fire and police stations.

Booth goes on to document not only the physical ailments that Hibukusha survivors suffer from, but also the less well known social problems that they face today as a result of discrimination in marriage and unemployment. The Hibukusha have not shared in the post-war economic recovery of Japan, which has merely intensified their feelings of isolation. Indeed, they have become increasingly militant, not only in their attempt to obtain compensation for themselves, but also in their attempt to get nuclear weapons abolished. It is through this struggle for the abolition of war and nuclear weapons, writes Booth, that the Hibukusha have rehabilitated themselves and found a purpose. They are the living reminder that “the forgotten factors in academic and military discussions about military strategies are the totality of human suffering and degradation and the loss of community.” We must learn from their example because, “In more senses than we might care to believe, we are all Hibukusha now.”

This essay is pulled from Literature of Liberty, December 1979 issue.