by Literature of Liberty Reviewer

“While motives are, of course, important, technology, the means by which the Europeans conquered such vast areas so rapidly, is also significant.” 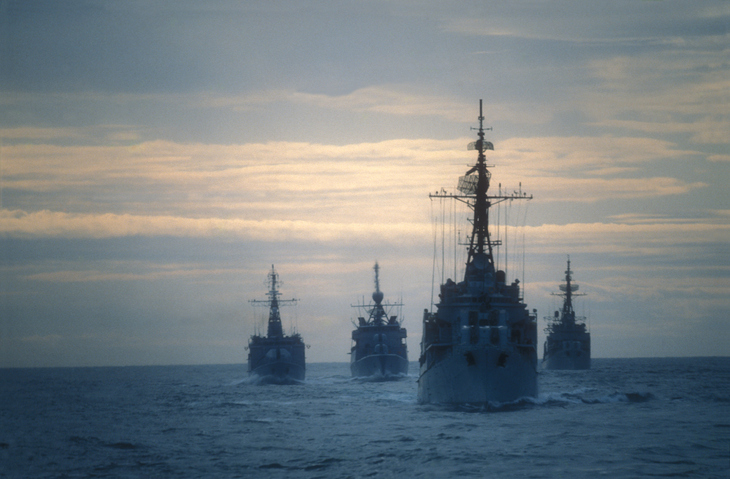 “The Tools of Imperialism: Technology and the Expansion of European Colonial Empires in the Nineteenth Century.” Journal of Modern History 51 (June 1979):231–263.

A considerable debate has focused around the causes of the “new imperialism” of the late nineteenth century. One school has stressed political motives, emphasizing such aspects as international rivalries, naval strategy, the instability of imperial frontiers, the diversion of popular attention from domestic problems, and the influence of pressure groups on politicians. Others have called attention to the economic motives, including “the need for raw materials, secure markets, or investment opportunities.” While some historians have denied that technological changes made any difference in the history of imperialism, no general conclusions have been made about the relationship between the two.

While motives are, of course, important, technology, the means by which the Europeans conquered such vast areas so rapidly, is also significant. The development of the river steamboat, for example, allowed the deeper penetration of Africa, and a means whereby large areas of a riverine civilization such as China’s could be controlled with a relatively small force. The steamboat was a major factor in the British triumph in the Opium War during the 1840s, and Commodore Perry’s visit to Japan during the next decade was a further example of the supremacy of Western technology.

But the steamboat alone would not have made possible the penetration of Africa. Tropical diseases, especially malaria, carried off often more than half of the European personnel in some of the early nineteenth-century expeditions into the interior of the Dark Continent. It was not until the end of the century that the role of the mosquito in the transmission of malaria was ascertained.

Western technology also provided the direct means of conquest, most directly in the development of efficient, long range, accurate, rapid-firing weapons for which the older muskets used by Asian forces, or the spears of African warriors were no match. There were several steps in this process during the century, although up until the 1830s the British Army itself was using a musket similar to what had been used in the Battle of Blenheim in 1704.

Percussion caps, rifling, cylindoconoidal bullets, and paper cartridges were components of a first stage that brought the muzzle-loader to its “peak of perfection.” A second stage included a more rapid firing breech loader beginning with the Prussian needle gun and culminating with the Maxim machine gun. The Europeans were very careful to keep these inventions from the Africans and Asians, who were not unfamiliar with firearms. A racial aspect of this was the development of the Dum-Dum bullet which tore great holes in the flesh, and was not used against other Europeans, only against Africans and Asians. This same restraint in use against Europeans also occurred with the early machine guns.

These weapons made it possible for relatively tiny Europeans forces to overwhelm huge armies and to control vast areas. The human carnage was such that even imperialists such as Winston Churchill were almost abashed by such long-range slaughter of brave men. The native armies usually attacked, which was a major aspect of their downfall. Some early guerrillas, and groups who were able for a short time to secure European weapons, were remarkably hard to put down—an omen of the future. What the Europeans themselves would only realize as they mowed down each other in the First World War was that the new weapons had a defensive advantage which made the offensive charges of the past obsolete.

This essay is pulled from Literature of Liberty, December 1979 issue.