Though fundamentally incompatible, both Classical Elite Theory and libertarianism recognize that oligarchs are corrupt. 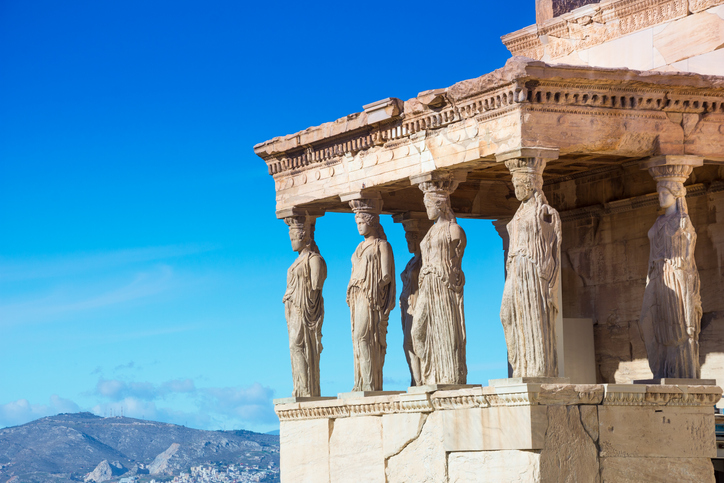 The History and Philosophy of Elite Theory

A libertarian society would arguably be one without social class, reposed on the principles of equality before the law, individual rights, and free, open access to a competitive marketplace. These principles enacted, we might argue that any remaining social or economic inequalities would be the results not of social class as we ordinarily conceive it, but of either freely made choices or natural inequalities of ability, aptitude, and intellect. To the extent that we have not yet realized the libertarian social ideal, it is important to consider the practical effects of class differences on social, political, and economic institutions, to attempt to understand the ways that class elites exercise power. As an argument in favor of individual freedom against arbitrary, coercive authority, libertarianism must include an examination and an account of the ways that elites manipulate and exploit others in society.

The intellectual tradition often called the Italian or Classical School of Elitism formulated a sociological challenge to the widespread idea that classical liberalism ushered in a kind of classless, meritocratic society, countering with the claim that class stratification was alive and well, and that an elite ruling class at the topmost portion of a tapering social pyramid would always wield power. The thinkers most often associated with this school are Gaetano Mosca, Robert Michels, and Vilfredo Pareto, the last of whom is perhaps better known for his contributions to economic theory than for his work in sociology or political science. Influenced by the Manchester School of economic liberalism, the principled free trade ideas of proto-libertarians like Richard Cobden, Pareto developed a theory of political economy arguing that “the battle [of public policy and legislation] was fought not on the grounds of doctrine, but on that of interests.” Unconvinced by theories that treated the state as the altruistic protector of the common good, the classical elite theorists saw “politics without romance”—to borrow James Buchanan’s phrase—arguing that historically power has trumped principle. 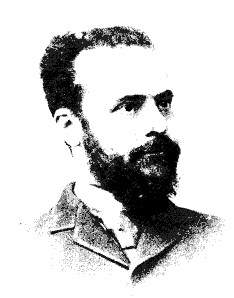 Together with John Bright, his frequent partner in anti-protectionist agitation, Cobden had developed a language of class conflict that was distinctly libertarian, committed to comparing taxpayers to tax-consumers, and industrial champions of free trade to entrenched, protected interests such as landowning agricultural concerns. Following these free market inspirations, Pareto made hundreds of impassioned pleas for free trade policies, joining Florence’s Adam Smith Society, and even running “as a radical free trade candidate for Parliament.”1 He anticipated public choice theory in his contention that despite the perceived advance of liberal ideas and the admitted benefits of free trade, the political process would ultimately still be controlled and manipulated by a small group of elites beholden to special interests. Avoiding the more simplistic, binary conceptions of class exploitation found in, for example, Karl Marx’s analysis, Pareto offers a messier vision of power and economic spoliation (his favored term) that more clearly understands the disarranged nature of political and economic relationships. In his discussion of Mosca and Pareto’s theory of the ruling class, Buchanan observed that it was “formulated in almost complete independence of the Marxist conception,” and was “broader and more general” than Marx’s theory. Instead of setting up a single, overarching struggle between capital and labor, Pareto sees class divides as ubiquitous features of political and economic life, as systematically reasserting themselves in all kinds of processes and institutions.

In the place of Marx’s linear historical inevitability, implied in material reality and economic laws, Pareto’s class struggle comprises acts of expediency by small groups, “culturally refined [and] strategically located”2 within the larger collectives of society. Just as Marx saw the eventual emergence of a classless, communistic society as historically inescapable, the classical elitists saw a pyramidal power structure, the rule of a few over the many, as the natural and unavoidable law of society—what Michels famously called the “iron law of oligarchy.” Pareto argues that it is in the nature of organized interest groups of all kinds to seeks advantages and special privileges, the result of which is a tangled system of “mutual spoliation” whereby each group attempts to be on the winning side of the balance sheet, that is, to be a net exploiter. For Pareto and the other elite theorists, then, class struggle is “the great dominant fact in history,” the common element in all political systems, whatever their professed compositions or governing ideologies. As Michels writes in Political Parties, “[T]he majority of human beings, in a condition of eternal tutelage, are predestined by tragic necessity to submit to the dominion of a small minority, and must be content to constitute the pedestal of an oligarchy.” In terms familiar to today’s libertarian critiques of corporate welfare, Pareto argued that most consumers were completely unaware of the various subsidies obtained by powerful economic interests, extremely valuable to those interests, yet costing each individual consumer so little as to be practically imperceptible. In contrast to the disaggregated masses, the relative sophistication and organization of elites enables them to act concertedly, to mobilize and effect legal and political changes favorable to their ends.3 Poorly informed and largely uninterested, the general population is vulnerable to these machinations of political and economic insiders.

The importance of so cynical a theory to a philosophy of liberty may not be immediately apparent, especially since the classical elitists saw permanent, coercive class rule as unavoidable and offered few normative judgments about such rule. Yet a key feature of libertarian theory is the claim that the use of government power is actually deeply impractical, that apart from the ethical problems with political authority, it tends not to operate as its devotees think.

The work of the classical elitists sheds light on this claim, on the real world functioning of politics. Similarly, public choice theory teaches that the normal assumptions about the self-interested behavior of individuals are not suspended merely because an individual works for a government body. If people are self-seeking, propelled by their own private concerns, then they remain so even in agencies that are supposed to be dedicated to the protection of the public interest. While self-interested action in a legitimate market environment leads to good results, to efficiency and general improvements in quality of life, the same self-interestedness is inherently dangerous and destructive in the political sphere. Because government fashions rules for all of society, we have reason to worry that an oligarchical elite, motivated by normal self-interest, will make bad rules, or, as Buchanan and Gordon Tullock put it in The Calculus of Consent, “legislation that has differential or discriminatory impact on separate groups of citizens.” Acceptance of the elitists’ basic thesis about the predominance of elites within politics does not necessarily require us to believe that they have “evil or malicious motives,” or that they act in conscious conspiracy. As noted above, different elite groups may have conflicting interests, their attempts at rent-seeking locked in zero-sum competition.

Provided that classical elite theory is wrong, at least about oligarchical rule’s ineradicable place in human social organization, libertarianism offers compelling answers to the problems it presents. Libertarians argue that we can limit the power and influence of coordinated elite interests simply by restricting the functions of the state, which possesses a monopoly on the use of force within a given area. By confining the state to the narrow set of tasks associated with protecting individuals and their rights, we can preclude the possibility that elites will use the coercive instruments of government for self-serving wealth extraction.

An enduring criticism of the unique elitism pronounced by Mosca, Pareto, and Michels is that it is presented in such a way as to be unfalsifiable, that it lacks empirical substantiation, its arguments being of a kind particularly difficult to test. For example, in Pareto’s model of rotating elites, it is difficult to determine exactly where one group begins and another ends, or how indeed elites maintain and exert their power. Michels, for his part, held that while the precise mechanics of class power were perhaps too complex for any theory to fully explain, centuries of empirical observation had nevertheless confirmed his iron law, “the law of the historic necessity of oligarchy.” Further, the Pareto scholar and sociologist Hans L. Zetterberg argues that Pareto’s work amassed evidence sufficient to “render[] his propositions more likely than their negations.” Zetterberg calls for a more complete scholarly development of elite theory as well as an analysis of existing data in light of this theory.

The classical elitists also tended to premise their social and political arguments on specific psychological postulations. For example, Pareto believed that human nature is naturally inclined to concoct elaborate rationalizations of illogical behaviors driven by sentiment and emotion and that, more often than not, this occurs quite unconsciously.4 Likewise, spoliators will find ways to excuse themselves for violating uncontroversial moral precepts such as the basic interdiction against theft. Mosca writes similarly, “Human societies are organized around collective illusions.” To Pareto and Mosca, the state is an example of or an aid in this kind of contorted rationalization. As today’s libertarians frequently argue, the state is all the time engaged in activities that for any other person or group would be considered criminal. And like libertarians, the classical elitists harbored no illusions about the ugly historical character of concentrated and organized political power. Classical elite theory thus suggests that due to certain aspects (perhaps defects) of human psychology, a hierarchical class society, with a comparatively small oligarchy at the top, is the natural state.

Unlike the elitist theorists, libertarians argue that society need not be governed by the arbitrary dictates of a ruling class, rejecting the idea that, in Michels’ words, oligarchy is “the outcome of organic necessity.” Still, their insights about the interconnection between politics and economics and the internal workings of power are important to the project of refining the libertarian response to the constant calls for government and politics to answer social problems. The work of Pareto, Michels, and Mosca demonstrates, at the very least, that those who hold political power may not be as public-spirited as we might hope. The small circle of elites who preside over or have access to the gears of political power are as likely to use that power for economic predation as for protection. Indeed, libertarians often point out that predatory violations of free market principles frequently come masquerading as harmless protections. In presenting a persuasive alternative to Marxist class analysis, classical elite theory also rescues the question of class from its association with communism. In its skepticism of ideological promises of change, classical elitism remains relevant, counseling a cautionary stance toward politics similar to that of libertarianism.