Libertarians should oppose the state’s victimization of transgender people & help build a safe society for a diverse range of gender identities. 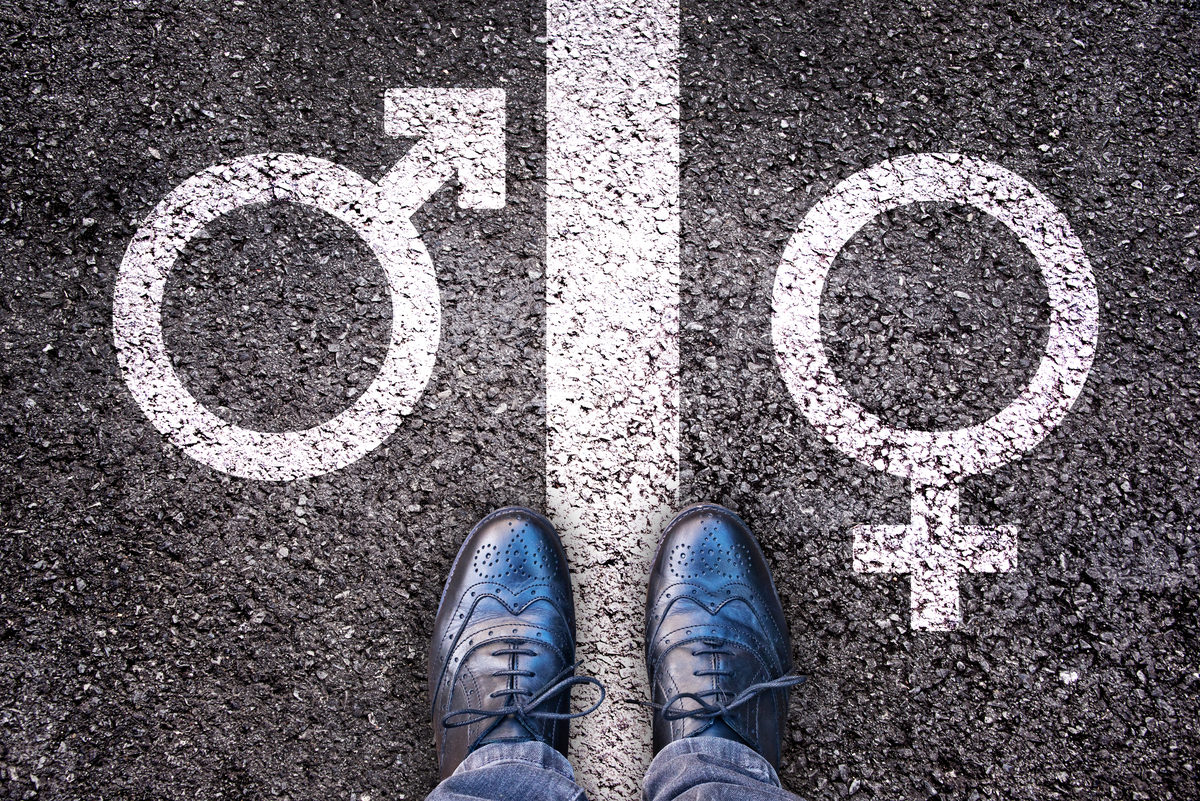 On all reasonable accounts, libertarianism should greatly appeal to transgender women.

Most fundamentally, libertarianism represents a set of philosophical dispositions firmly grounded in affirming the primacy of individual liberties. In his recent book, The Libertarian Mind, David Boaz powerfully describes the broad parameters of libertarian adherence to the freedom of the individual human being in the following way:

the basic unit of social analysis is the individual. It’s hard to imagine how it could be anything else. Individuals are, in all cases, the source and foundation of creativity, activity, and society. Only individuals can think, love, pursue projects, act. Groups don’t have plans or intentions. Only individuals are capable of choice, in the sense of anticipating the outcomes of alternative courses of action and weighing the consequences. Individuals, of course, often create and deliberate in groups, but it is the individual mind that ultimately makes choices. Most important, only individuals can take responsibility for their actions.

Irrespective of whether the key argumentative basis for individualism stresses self‑ownership of body, mind, and soul (Locke), or the virtues of diversity and flourishing associated with the development of the person (von Humboldt and Mill), libertarian philosophy should easily accommodate the aspirations and prerogatives of transgender women, and all other people subscribing to diverse gender identities, in seeking to live their lives as they see fit.

Further, libertarian acceptance for trans women, trans men, and genderqueer people and, indeed, cisgender people (readers unfamiliar with the meaning of these, and similar, terms depicting gender diversities may wish to read this glossary) is not contingent upon whether there are biological or non‑biological bases of gender identity.

Respect for trans women, and for others who wish to self identify and express diverse gender identities in numerous ways, should also not be contingent upon the numerical strength of varied groupings within society. Given the stigma attached to gender diversity, there remain limitations in our understandings of the exact numbers of transgender people; however, some surveys suggest that less than one per cent of the American adult population identify as transgender.

To put it simply, each and every individual should be free to choose, to act, and to be, regardless of reason or of numbers, for as long as the equal freedom of others to do the same is respected.

Aside from celebrating individual liberties, libertarianism ought to be more appealing to trans women, and everyone for that matter, because of its principled antipathy, both in historical and contemporary terms, toward the exhaustion of individual freedoms by the state. Indeed, for a very long time, and certainly to this day, governments have demonstrated overt hostility towards transgender people, seeking to undermine their interests in pursuing their own lives in a dignified manner.

Attention has been increasingly drawn to the often highly detrimental effects of the ‘police‑prison industrial complex’ upon minority groupings, including transgender and other gender diverse people. In a recent contribution, Nathan Goodman noted the elevated levels of violence against incarcerated transgender people, particularly trans women, arising from prison policies that house trans women with cisgender men, a harmful practice compounded by instances of sexual abuse and physical violence perpetrated against inmates by corrections staff.

The treatment of trans woman Chelsea Manning, sentenced to be held captive by the state for 35 years on account of whistleblowing about US war crimes, is a case in point. Although her state‑captors recently afforded Manning hormonal treatment, they had denied her the appropriate medications for years in an obvious act of psychological torment. Chelsea Manning still remains incarcerated, in the presence of male prisoners, in spite of her self‑identification as a woman.

A disproportionate lack of access to formal labour markets, often as a result of discriminatory treatment by employers, can often lead transgender people into the forced situation (rather than heroic, anti‑statist choice lauded by some libertarians) of attaining incomes through the shadow economy. Ongoing state detection of activities, such as the provision of prostitution services and the sale of illicit drugs, where these are not legalised, can fairly readily bring forth instances in which trans women come into contact with police and other law‑enforcement agents, with the harassment, intimidation, and violence this all too often entails.

Trans women have even been victimised by police profiling, as was the case for sex worker advocate Monica Jones, who was charged and found guilty of ʻmanifesting prostitution,ʼ or as it has infamously become known ʻwalking while trans,ʼ during an anti‑prostitution sting in Phoenix, Arizona. Incidentally, Ms Jones was deported from Australia, and subjected to sensationalist media coverage, on account of her Phoenix conviction which was later overturned on appeal.

In many countries around the world, including the United States, political institutions continue to suppress diverse gender identities by refusing to enable individuals to easily alter gender markers on identity documents. Altering gender markers (that is, conventionally, ʻmaleʼ or ʻfemaleʼ) on official documentation is, for the largest part, entirely conditional on people having undertaken invasive, typically irreversible and almost always expensive gender affirmation surgical processes, or at least hormone therapies with equally significant physiological implications.

The reality is that for many trans women, at least at a given point in their lifetimes, gender markers on government identification documents are inconsistent with the lived gender under which they undertake their daily routines and responsibilities, and this can give rise to unwarranted economic and social discrimination and exclusion. For example, employers usually require job applicants to furnish government‑provided documents as proof of identity, and there is much anecdotal evidence suggesting they are likely to turn away prospective transgender employees when identity documents display gender markers appear not to accord with the everyday lived experiences (including presentation) of the applicant. As discussed by Dean Spade, the refusal of governments to enable individuals to easily alter gender markers on identity documents rests on “the myth that transgender people do not exist. … When ID issuing agencies refuse to change the gender marker on an ID, they are operating on the idea that birth-assigned gender should be permanent and no accommodation is necessary for those for whom such an assignment does not match their lived experience of gender.”

These and other policies enacted, and enforced, by governments malevolently fit together to violate the liberties and rights of trans women and other gender‑diverse individuals, just like many other regulatory, and fiscal, policies are prone to do. And it is naive to conceive that certain legislative edicts purportedly designed to defend the interests of transgender people, and gays, lesbians, bisexuals, or intersex people, for that matter, such as anti‑discrimination or “hate crime” laws, do much to greatly foster greater acceptance, respect, and tolerance for minorities.

Statist prejudice against trans women in particular reinforces, and is reinforced by, complex and widespread forms of non‑state discrimination, harassment, and violence. Decentralised efforts to maintain gender conformism, perpetrated by vigilante acts by individuals or groups, underlined by derogatory stereotypes of gender variance in popular film, literature, and music, induce among trans women and gender‑diverse people limitations of movement, social isolation, the delaying or deterrence of gender self‑expression, and, at its worst, can lead to vulnerable, often young, people ending their own lives.

From a philosophical standpoint which behoves interactions among individuals imbibing the spirit of “anything thatʼs peaceful,” libertarians can, and indeed ought to, play a very important role in rebuking the misguided and highly damaging acts by cisgender supremacists attempting to prevent individuals identifying and expressing their diverse gender identities. Redressing non‑state sources of transphobia through instances of bottom‑up social activism, including appealing to the common humanity that trans women share with other people, would represent a befitting way to respond to the Leelah Alcornʼs plea in her suicide note to “fix society.”

Indeed, we should fervently celebrate the emergent social order which arises when trans women, trans men, genderqueer, and other gender‑diverse people free themselves from conventions and norms most amenable to cisgender existences, as Nick Cowen explained:

Polycentric orders offer choice: whether identifying as straight, gay, male, female or anything else. In this context, ‘queer’ individuals take the role of social entrepreneurs, combining ways of living in new ways. The more successful or aesthetically-engaging lifestyles are further developed by others. Popular identities remain common but are not enforced through violence or legislation. Alternatives to existing sexualities are allowed to flourish. People are not bound by one abstract order, statutorily enforced, but are allowed to develop new orders that use and display our personalities in different ways.

As amply illustrated through its long and distinguished history, the philosophy of libertarianism represents a broader cast of mind seeking to enhance the life of each individual person, and to extend to them maximum respect for their dignity, freedom, and individuality. Clearly, this must incorporate the dignity, freedom, and individuality inherent in the ways in which people identity with, and express, their gender identity, if libertarianism is to maintain relevance and meaning to the lives of each and every human being.

Mikayla Novak contributes to a group column on libertarian feminism along with Sharon Presley, Elizabeth Nolan Brown, and Helen Dale.

Novak is an Australian economist with a doctorate in economics, and has long been involved in libertarian advocacy. She is interested in how libertarian feminism concerns relate to how market processes and civil societal actions satisfactorily accommodate individual women’s preferences, in a variety of ways.