Did Johnson betray his own principle that writers who accept a pension from the King are merely “state hirelings”? 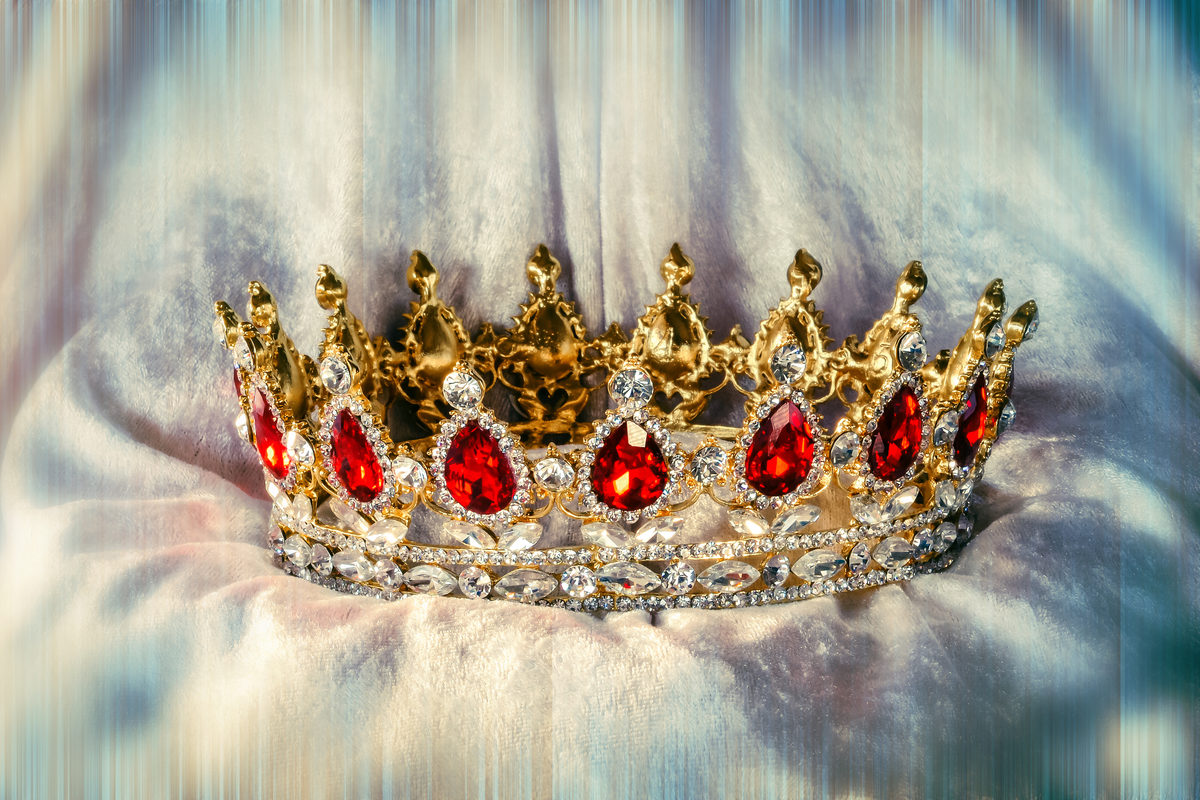 It was not until seven years after A Dictionary of the English Language was published that Samuel Johnson’s financial problems were permanently solved. This came about not as the result of sales but as the result of royal patronage. In 1762, after Lord Wedderburn had applied to Lord Bute (the Prime Minister) on Johnson’s behalf, he received a royal pension of 300 pounds a year for life in recognition of his literary achievements. And although this was sufficient to live the life of a gentleman, it caused Johnson some embarrassment on two counts.

First, Johnson was a Jacobite, i.e., a person who believed that the Stuart Dynasty still had legitimate title to the throne of England, even though the last Stuart King, James II, had supposedly abdicated after the Glorious Revolution of 1688. Jacobites viewed the Hanoverian dynasty – including the current monarch, George III — as technically illegitimate. And yet here was the Jacobite Samuel Johnson accepting a pension from that selfsame Hanoverian monarch.

Second, pensioners were often viewed as “hacks” in the worst sense, i.e., as writers who would blindly follow the dictates of their patron rather than the dictates of their conscience, so as not to risk losing their largesse. Indeed, in his Dictionary, Johnson himself had defined a “pension” in scathing terms. A “pension,” according to this earlier Samuel Johnson who was not yet a pensioner himself, is “an allowance made to any one without an equivalent. In England it is generally understood to mean pay given to a state hireling for treason to his country.”

As for the first problem, Johnson suggested that he wasn’t a Jacobite of the radical kind; and given the current political stability in England, it would be foolish to insist on a change in dynasties merely to satisfy a legal technicality. (This stance was actually consistent with his conservative political views, according to which the status quo is always preferable to change, except in the most extreme situations.)

The second problem seemed to have troubled Johnson more, for he was now faced with his own barbed accusation from only a few years earlier, namely, that a pensioned writer is “a state hireling.” Here is how Boswell described the happy resolution:

Mr. Thomas Sheridan and Mr. Murphy…told me, that they previously talked with Johnson upon this matter, and that it was perfectly understood by all parties that the pension was merely honorary. Sir Joshua Reynolds told me, that Johnson called on him after his Majesty’s intention had been notified to him, and said he wished to consult his friends as to the propriety of his accepting this mark of the royal favor, after the definitions which he had given in his Dictionary of pension and pensioners….Sir Joshua answered that he was clear to give his opinion then, that there could be no objection to his receiving from the King a reward for literary merit; and that certainly the definitions in his Dictionary were not applicable to him.

Lord Bute would later convey to Johnson the message that his pension “is not given you for anything you are to do, but for what you have done.” Thus, although the pension was merely honorary, the money was quite real. This, along with the revelation that “the definitions in his Dictionary were not applicable to him,” was a fortunate turn of events for Samuel Johnson, for he now had the leisure that many writers dream about but few achieve.

I previously indicated that Boswell’s Life of Samuel Johnson is filled with discussions about the mechanics of writing, so let’s take a look at some of his points. .

Consider the discussion that began when Boswell mentioned the “liberal payment” that a book reviewer could receive. After referring to one reviewer who supposedly received six guineas for every sheet (i.e. page) that he wrote — a claim that Johnson found unlikely — Boswell continued:

BOSWELL: “Pray, Sir, by a sheet of review is it meant that it shall be all of the writer’s own composition, or are extracts, made from the book reviewed, deducted? JOHNSON: “No, Sir: it is a sheet, no matter of what.” BOSWELL: “I think that is not reasonable.” JOHNSON: “Yes, Sir, it is. A man will more easily write a sheet all his own, than to read an octavo volume to get extracts.”

In the typical manner that makes the Life of Samuel Johnson a pleasure to read, Boswell reflects on how Johnson could have been so obviously wrong. He supposes that Johnson had such “a wonderful fertility of mind” that writing came easier to him than reading a book, extracting quotations, and then inserting these quotations into a review — whereas “with ordinary men, the case is very different.” Of course, much depends on the care and judgment exercised by the reviewer. Selecting extracts might prove “tedious and difficult” for the conscientious reviewer, but in many cases reviewers extract long passages more or less at random in order to pad their reviews and save themselves the trouble of writing. On the other hand (and there is almost always an “on the other hand” whenever Boswell disagrees with his mentor), it is true that some reviewers “take a pleasure in original writing.” Indeed, some reviewers, “instead of giving an accurate account of what has been done by the author whose work they are reviewing, which is surely the proper business of a literary journal,” prefer instead to write “some plausible and ingenious conceits of their own, upon the topics which have been discussed.”

In The Art of Nonfiction, Ayn Rand distinguished between the subconscious process of writing a first draft versus the conscious editing and rewriting of later drafts. This is very similar to some observations of Samuel Johnson, which he offered as advice to a young clergyman who was concerned with how to write original sermons. In a letter dated Aug 21, 1780, Johnson wrote:

[I]n the labor of composition, do not burden your mind with too much at once; do not exact from yourself at one effort of excogitation, propriety of thought and elegance of expression. Invent first, and then embellish. The production of something, where nothing was before, is an act of greater energy than the expansion or decoration of the thing produced. Set down diligently your thoughts as they rise, in the first words that occur; and, when you have matter, you will easily give it form: nor, perhaps, will this method be always necessary; for by habit, your thoughts and diction will flow together.

When, in 1781, Johnson finished his Lives of the Poets, he remarked that “I wrote this in my usual way, dilatorily and hastily, unwilling to work, and working with vigor and haste.” Boswell noted that writing biographies of literary figures was one of Johnson’s favorite pursuits; and he possessed so much knowledge about this subject, and his knowledge was so well “arranged in his memory,” that “he had little more to do than to put his thoughts upon paper.” Boswell continued:

But when he began to write, the subject swelled in such a manner, that instead of prefaces to each poet, of no more than a few pages, as he had originally intended, he produced an ample, rich, and most entertaining view of them in every respect….The booksellers, justly sensible of the great additional value of the copyright, presented him with another hundred pounds, over and above two hundred, for which his agreement was to furnish such prefaces as he thought fit.

Boswell noted that Johnson placed a high value on precision and clarity.

Johnson’s attention to precision and clearness in expressions was very remarkable. He disapproved of parentheses; and I believe in all his voluminous writings, not half a dozen of them will be found. He never used the phrases the former and the latter, having observed, that they often occasioned obscurity; the therefore contrived to construct his sentences so as not to have occasion for them, and would even rather repeat the same words, in order to avoid them.”

Johnson was a frank critic of his own work. Once, having been asked how he liked one of his own articles in The Rambler, he answered, “Too wordy.” On another occasion Johnson left the room when his tragedy Irene was being read aloud to company. When asked about the reason for this departure, he replied, “Sir, I thought it had been better.” Johnson was also honest enough to admit that he cared about how others responded to his work. “The applause of a single human being,” he remarked, “is of great consequence.”

Did Samuel Johnson enjoy the process of writing? I once asked the same question of Jeff Riggenbach, who replied that what he enjoys is not writing per se, but having written.  It would appear that Riggenbach and Johnson have something in common, as we see in these remarks by Johnson:

It has been said, there is pleasure in writing, particularly in writing verses. I allow you may have pleasure from writing, after it is over, if you have written well; but you don’t go willingly to it again. I know when I have been writing verses, I have run my finger down the margin, to see how many I have made, and how few I had to make.

I would be remiss to conclude this article on Samuel Johnson without mentioning his remarkable ability to frame quotable quotes and clever come-back lines. Many of these are found in Bowell’s biography, but some are scattered throughout his unpublished letters and published articles.

Johnson’s line “Patriotism is the last refuge of the scoundrel” is probably the most quoted line, but few people who quote it know its source. Then there is his clever comment to an aspiring writer who had submitted his manuscript to Johnson and asked for his opinion: “Your manuscript is both good and original; but the part that is good is not original, and the part that is original is not good.” One of my favorites happened on a hot day when Johnson was sweating profusely.  When a young woman said to Johnson that he smelled, he quickly replied:  “No, Madam. I stink. You smell.”